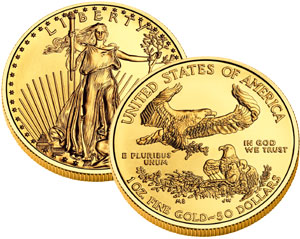 The United States Mint recently provided authorized purchasers with information on year end ordering procedures and the availability of 2014-dated releases for the American Eagle and American Buffalo bullion programs. Based on the details provided, it seems that the American Silver Eagle bullion coins will experience roughly one month of unavailability between the final allocation of 2013-dated coins and the release of the first 2014-dated coins.

The US Mint distributes gold and silver bullion coins through a network of authorized purchasers. Primary distributors are able to purchase the coins in bulk quantities directly from the Mint at a price based on the market price of the metals plus a fixed or percentage mark up. The coins are then resold to other bullion dealers, coin dealers, and the public.

Orders will be accepting for the 2014-dated Gold Eagle and Gold Buffalo bullion coins on Thursday, January 2, 2014. The US Mint intends to have sufficient quantities of the coins available to meet demand and as such orders will not be subject to allocation. Last year, the US Mint had opened orders for the 2013-dated coins on January 2, 2013, also without allocation. 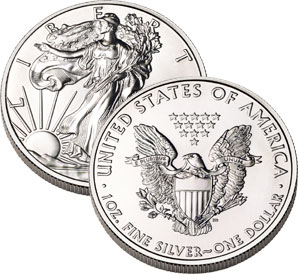 The situation for American Silver Eagle bullion coins differs from the prior year. Authorized purchasers will be offered the last weekly allocation of 2013-dated coins on Monday, December 9, 2013. With demand continuing to run ahead of the available supplies, the allocation will likely be quickly depleted.

The 2014-dated Silver Eagle bullion coins will not be available to order until Monday, January 13, 2014. The initial release will be subject to the US Mint’s allocation program, which rations supplies amongst the authorized purchasers.

Last year, the US Mint had unexpectedly sold out of 2012-dated Silver Eagles on December 17, 2012. Orders were first accepted for the 2013-dated coins on January 7, 2013. The roughly three week void in availability contributed to an opening day sales total of 3,937,000 coins, which seems to have been the highest ever one-day sales for American Silver Eagles. This was followed by another temporary sell out with sales resumed under the allocation program, which has remained in effect throughout the year.

With a potentially wider gap in availability for the popular silver bullion coins, the US Mint may see even more intense demand for the 2014-dated release.