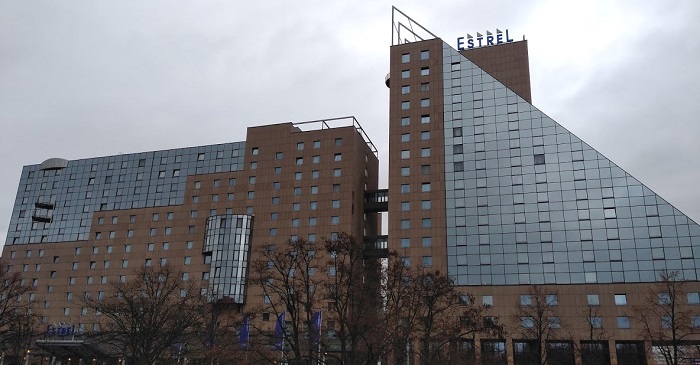 Those who make up the coin industry gathered once again to attend the World Money Fair (WMF). The international event, which is the largest gathering of its kind, was hosted at the Estrel Convention Centre located in the eclectic Berlin borough of Neukölln (the 49th WMF has been at the same location for the 15th consecutive time). Many participants included national mints, central banks, and, of course, companies representing the technical side of producing some of the world’s most exciting and amazing coins and medals. As recognition of this year’s Summer Olympiad, and the country who will host the games in the city of Tokyo, this year’s guest of honour was the Mint of Japan.

For this year’s event, the organising team was headed by the World Money Fair’s lifetime honourary president, Dr. Albert Beck, who, along with the president of the Japan Mint, Makoto Kawashima and Barbara Balz, managing director, officially opened the Fair on Friday, 31st January by cutting the ceremonial ribbon at the bourse’s main entrance. With the official opening out of the way, thousands of eager collectors that had been patiently waiting for the doors to open passed the gates and into the main halls. Organisers have reported that there was a noticeable increase in this year’s visitors on the first day than last year.

The WMF also hosts a technical forum where those involved on the production side have an opportunity to feature and highlight their state-of-the-art processes and cutting edge machinery all presented by leading experts in their field. A favourite of the WMF is also the Media Forum, open to all but mostly attended by journalists and fellow marketing managers of the mints presenting their yearly coin issuing programme. This year, a total of 14 mints, issuing authorities, and official distributors unveiled their coin issuing programme for 2020 and beyond.

Gala Dinner Hosted by the Mint of Japan

As part of the festivities, the host mint has the opportunity to extend their gratitude to the many who organise the WMF and to those who participate in the WMF as exhibitors and the media. Held this year at the distinctive E-WERK, the disused and former electricity plant, which is now a stylish venue located near the former Checkpoint Charlie East/West crossing. Guests were treated to traditional Japanese cuisine, including a wide assortment of Japanese cocktails made with the familiar and favourite alcoholic beverages, sake or plum wine. Also as part of the evening’s entertainment was a traditional Japanese drummer who wowed his audience with both his prowess and energy during his mesmerising performance.

Part of the evening’s presentation was the opportunity for World Money Fair organisers to extend an award for outstanding numismatic achievement. This year’s recipient was the director and CEO of the Royal Australian Mint, Ross MacDiarmid, who was visibly surprised and very appreciative of the acknowledgement. The award was presented to Mr. MacDiarmid, who is currently also serving as the Secretary Mint Directors Conference by Dr. Albert Beck, along with the president of the Japan Mint, Makoto Kawashima. Mr. MacDiarmid thanked those at the Royal Australian Mint as well as the many who have welcomed him into the industry since his appointment at the RAM in 2010.

Guest of Honour for Next Year’s World Money Fair

With the presentation of the award for outstanding numismatic achievement having concluded, the organisers were pleased to announce that next year’s guest host honours for 2021 will be the China Gold Coin Incorporation (CGCI). Next year’s festivities not only extend to the World Money Fair, which will be celebrating its golden anniversary (50 years), but the Federal Republic of Germany will also mark the 150th anniversary of the first union of German States in 1871 as the Empire of Germany with national events. Next year’s dates for the 50th WMF have been confirmed as the 29th to the 31st January 2021. For additional information about the World Money Fair, please visit their website.