From February 1 to 3, 2013, the entire world of numismatics will meet in Berlin. The 42nd World Money Fair brings over 300 exhibitors from almost 50 countries to the Estrel Convention Center. The organizers are expecting around 15,000 visitors.

Ask anyone involved with numismatics: From February 1 to 3, 2013, they will all be in Berlin at the World Money Fair. For years, the World Money Fair has established itself as the most important event for everyone having to do with coins. Coin collectors, coin dealers, manufacturers of coins, the supplying industry, journalists – they all want to be here when the numismatic window to the world opens for the 42nd time. 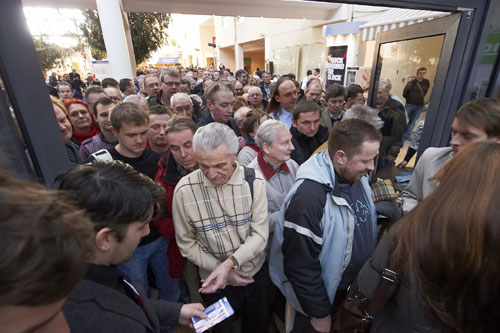 Thousands of visitors pushing at the entrance to the exhibition halls.

On Thursday, January 31, 2013, the event schedule will start out with first meetings early in the morning. At 10 am Künker Company will offer the first lot at their Berlin auction. This important auction sale will only close late in the evening, having by then achieved a turnover of several million euro. In the afternoon, several hundred minting technicians will attend the Technical Forum to discuss latest trends in coin production.

Despite all these activities, the official opening will only take place on the following morning, on Friday, February 1, 2013. Led by the French ambassador, the President of World Money Fair, Hans-Henning Göhrum will cut the red ribbon, together with Albert M. Beck, Honorary President of World Money Fair, and Christophe Beaux, General Director of Monnaie de Paris, to let thousands of avid collectors enter the six exhibition rooms.

Visitors will find an impressive choice of numismatic objects, unequaled worldwide. Nowhere else, collectors get the opportunity to make direct contact with over 50 mints and central banks. From antiquity to the present day, there’s a panoply of coins on offer. More than 300 exhibitors try to do their best to satisfy even the most eccentric wishes of collectors. In addition, there are lots of raffles, special promotions from mints, free counseling provided by Berufsverband des deutschen Münzenfachhandels, and many more interesting offers. For years now, the coin passport has been especially popular, allowing you to take a numismatic trip around the world. 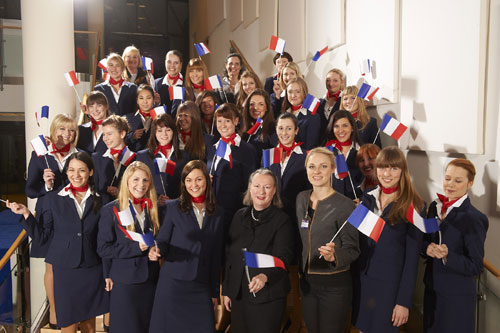 The World Money Fair hostesses welcoming Guest of Honor for 2013, the Monnaie de Paris from France.

The booth of the Monnaie de Paris will be particularly prominent. After all, the French state mint is Guest of Honor in 2013. In the summer, the Monnaie will open a numismatic experience center on the banks of river Seine. In Berlin they want to present and promote this truly extraordinary project. An area of 32,000 sq. m. in a prime location on the left bank of the Seine will become a cultural center dedicated to numismatics with exhibitions, shops, a cafe and even a 3-star-decorated food temple. Let your curiosity be peaked!

While a busy crowd of collectors fills the exhibition rooms, journalists and representatives of mints meet at the Media Forum where the latest products of 2013 are presented. As the Media Forum is open also to interested non-professionals, everybody can get information about new coins here – a highly recommendable event.

Later, in the evening, we will all be excited to hear who is the winner the World Money Fair Award, to be given at the gala dinner. This is the first secret to be unveiled in the course of the evening. 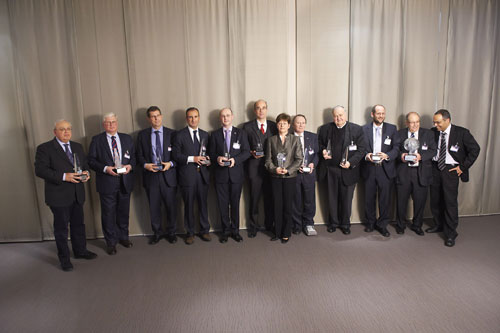 Proud mints receiving their Coty - the Coin of the Year Award.

The winners of the Coin of the Year or COTY Awards, sponsored by Krause Publications, will already be known before the award ceremony. So, mostly, the mint directors come themselves to receive this renowned prize on Saturday afternoon.

Whether organizers, dealers or visitors, they will all be exhausted by Sunday. Before leaving, however, many exhibitors try to reserve their booth for next year, as there is a long waiting list and a big risk of not getting exhibition space. And nobody in numismatics wants to run that risk. The World Money Fair has become the most important showcase of coin producers and coin trade. Thanks to great planning, an intelligent balance between the needs of exhibitors and visitors, and a profound knowledge of the market, the organizers succeeded in opening a numismatic window to the world in Berlin.

Don’t miss to be a part of this unique event!