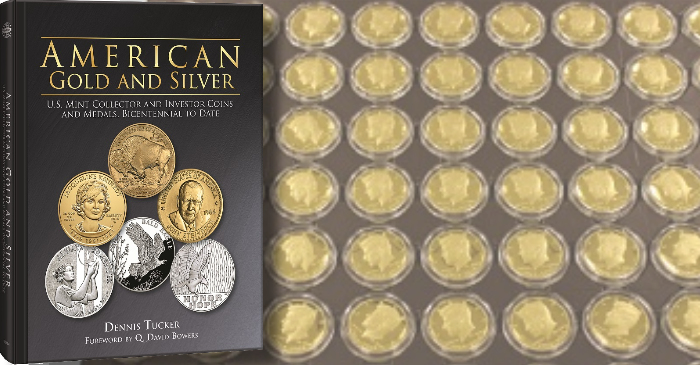 “It takes a village to raise a child,” the old saying goes, and the same could be said about creating a good numismatic book. This brings to mind the most prolific numismatic writer of all time, Q. David Bowers. One of Bowers’s not-so-secret ingredients of success is an impressive network of helpful collaborators. His long career as an author has benefited from other researchers sharing their findings and bouncing ideas around (of course, he always returns the favor). This flow of information is good for everyone involved, not to mention the hobby community as a whole.

When you’re writing a manuscript for a numismatic book, don’t try to go it alone—look for opportunities to collaborate. And while you do, keep track of everyone who helps you along the way. You’ll want to thank them in your book’s credits and acknowledgments.

A credit is public indication of a source of information, ideas, or other content. (This can include scholarly footnotes/endnotes and citations; broad crediting for general inspiration, numerous acts of help, and the like; or credit for specific content.)

An acknowledgment is an expression of gratitude.

Here are a few types of people and organizations you should thank in your numismatic book. Compile a list or spreadsheet as you work. Creating a manuscript can take months or years, and it’s easy to forget or lose track of contributors if you don’t write them down.

Helpful research collaborators. Everyone who answers (or asks!) questions, follows up on leads, shares knowledge, or otherwise aids you in gathering and processing information.

Assisting organizations. Libraries, museums, archives, history centers, foundations, educational nonprofits, and similar sources. You can thank both the organization and any particularly helpful staff or officers. Often a communications department or copyright office will provide specific wording for certain kinds of credit (e.g., a museum might want you to list archive or collection numbers, donor names, or other source information).

Licensors and others who require credit. Unless your book’s images come completely from your own photography and/or the public domain, you’ll need to license or otherwise get permission for illustrations. Permission might be granted in exchange for credit in the book, or it might also require payment. Often it will require specific wording (e.g., “Image courtesy of the Town of Schroeppel Historical Society Museum”) spelled out in a contract or permission letter. Keep especially careful track of such requirements as you go along.

Early readers and editors. Anyone who takes the time to read, critique, and offer feedback on drafts and revisions of your work is doing you a great service. Be sure to thank them publicly!

Personal inspirations. This can include a formal dedication to a loved one or a colleague or mentor, or broader acknowledgment of the help, sacrifices, or other inspiration provided by individuals or groups.

Door-openers. This might seem like a “kitchen sink” approach, but it’s good form to thank those who don’t necessarily roll up their sleeves and dig the trenches, but who put you in contact, grant permission or entry, smooth the way, grease the wheels, open doors, write letters of recommendation or reference, make introductions, and otherwise share their own connections and access, either personal or professional. It might be tempting to think, “Well, that person had to say ‘yes’ to my request; it’s their job”—but ask yourself, “Could they just as easily and defensibly have delayed or ignored me, or simply said ‘no’?” It doesn’t cost you anything to acknowledge professional courtesies. 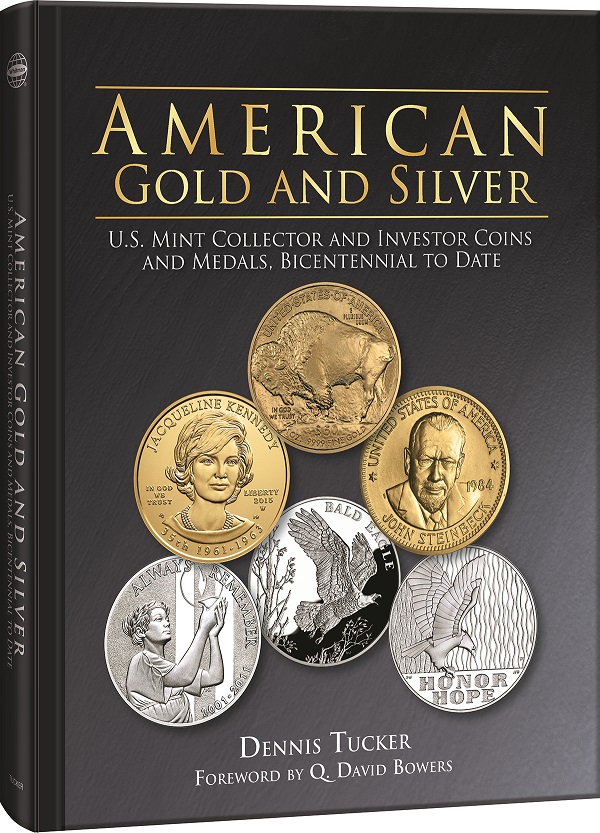 A Case Study: Thanks in American Gold and Silver

Here are the credits and acknowledgments I compiled for my book American Gold and Silver: U.S. Mint Collector and Investor Coins and Medals, Bicentennial to Date.

First I noted that “A book of this scope doesn’t happen overnight and it can’t make the long journey from early concepts to press without the help of many people and organizations. In alphabetical order I’d like to gratefully thank the following—and apologize for the oversight if anyone was accidentally left out.”

I then credited and acknowledged everyone who helped me over the course of several years it took to create the book.

At the American Numismatic Association, Barbara Gregory and Jerri C. Raitz (Editor-in-Chief and Senior Editor of The Numismatist, monthly magazine of the ANA), along with Rob Kelley (ANA Museum Specialist and Photography Director), helped with photograph research and provided historical images, while Susan McMillan, Education Project Manager, coordinated ANA presentations that allowed me to meet with other collectors and researchers.

The writings of Richard G. Doty, Robert Wilson Hoge, Ana Lonngi de Vagi, Bruce Lorich, Michael J. Shubin, and David L. Vagi were particularly helpful in understanding the global significance of silver and gold, especially in coinage but also in relation to mercantilism, war, and trade, going back to Antiquity and covering ancient Greece and Rome, the Middle Ages, the Age of Reason, the New World from the 1500s to the formative years of the United States, and to the end of World War I. 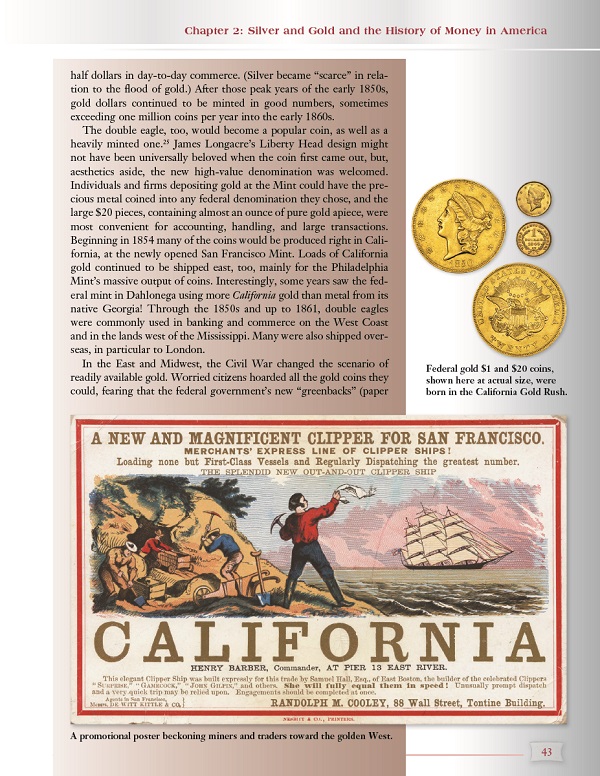 In chapter 2, parts of the discussion of American money in the Civil War are adapted from “Look Closer—That’s Not a Cent: Civil War Tokens Tell the Story of America in the 1860s,” by Q. David Bowers and Dennis Tucker, COINage Magazine, April 2014.

Following these credits and acknowledgments, I included 1-1/2 pages, double-columned, of image credits and notations, in small type—lots of information! I broke this down section by section, chapter by chapter, page by page, to ensure that every image was properly credited.

Personal sources. E.g., a professional photojournalist and friend from college graciously allowed me to publish some of her photographs. I credited her: “On page 270, the photographs of White Mountain National Forest are by Allegra K. Boverman.” I noted which images were my own: “On page 11, the portrait of Kaiser Wilhelm II is by Reichard & Lindner, Berlin, from the author’s collection.”

Museum, library, and archive sources. I tried to give a bit of context and historical information for most illustrations, e.g., “On page 13, the image of devils pouring gold coins from a man’s hat into a woman’s apron and a boy’s hat is courtesy of the Library of Congress Prints and Photographs Division (original copyright Warren, Johnson & Co. Designers, Engravers and Printers, Buffalo, circa 1870).” “On page 17, the oil painting Embarkation of the Pilgrims, by Robert Walter Weir, 1857, is from the American Art Collection of the Brooklyn Museum, A. Augustus Healy Fund and Healy Purchase Fund B.” 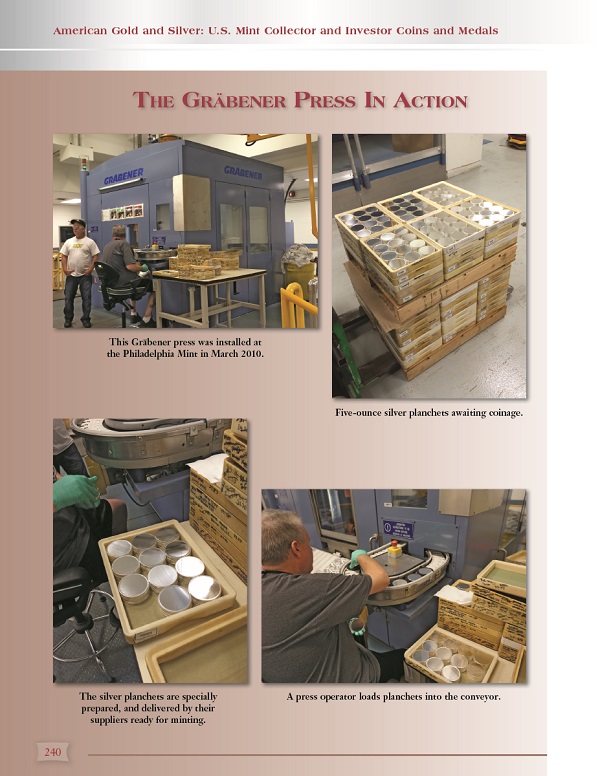 Federal government sources. E.g., “On pages 263 and 264, the photographs of a coquí llanero and a Puerto Rican parrot are courtesy of the U.S. Fish and Wildlife Service.” “On page 226, the portrait of Lady Bird Johnson is by Aaron Shikler, courtesy of the National Archives and Records Administration.” 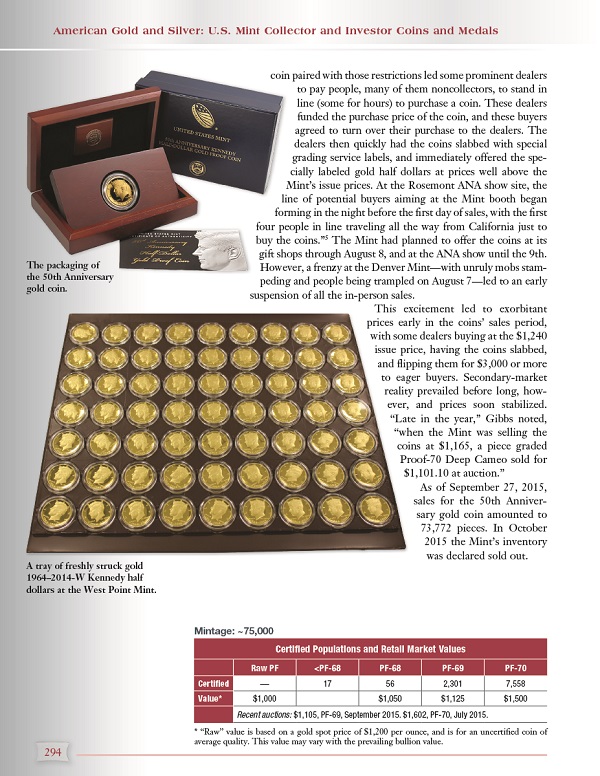 Other sources I’d hunted down. E.g., “On page 55, John Ruberry gave permission to use the 1970 photograph of Adlai Stevenson III, from his father’s collection; the uncropped original shows Stevenson with longtime Cook County assessor Patrick J. Cullerton in the Bismarck Hotel’s Walnut Room, when Stevenson was running for U.S. Senate.” “On page 62, artist Everett Raymond Kinstler granted permission to reproduce his oil-painting portrait of Treasury Secretary Michael Blumenthal; the photograph is courtesy of the U.S. Mint.”

Finally, don’t forget to “acknowledge” yourself! Give your readers an “About the Author” biography—a brief and convenient summary that lays out your credentials.

Dennis Tucker is an award-winning numismatic researcher who has written and lectured nationwide on coins, medals, and other antiques and collectibles. A collector since the age of seven, he is a Life Member of the American Numismatic Association and a past governor of the Token and Medal Society. His writing has appeared in The Numismatist; Coin World; Numismatic News; COINage; Coins Magazine; Postcard World; the journals of the Token and Medal Society, the Civil War Token Society, the Barber Coin Collectors Society, and the Numismatic Bibliomania Society; and other hobby periodicals. He has earned the Extraordinary Merit Award from the Numismatic Literary Guild; the Forrest Daniel Award for Literary Excellence from the Society of Paper Money Collectors; the silver medal of the Original Hobo Nickel Society; and the Gloria Peters Literary Award from Women in Numismatics.

As publisher at Whitman Publishing, he specializes in books on numismatics (the study of money), banking and financial history, the American presidency, U.S. political and military history, and other nonfiction topics.

Tucker grew up in Phoenix, New York, earned a degree in political science from the University of Rochester, and started his career in corporate and nonprofit communications and publishing in that city. He moved to Georgia in 2002 and now lives with his family in Atlanta. He was honored in January 2015 by Governor Nathan Deal for his career in book publishing and his promotion of the state’s history.

Credits and acknowledgments are an important part of your numismatic research. Some you’ll list as professional courtesies, some by contractual obligation, some for personal reasons. All of them publicly show your gratitude to the “village” it takes to create a good book.