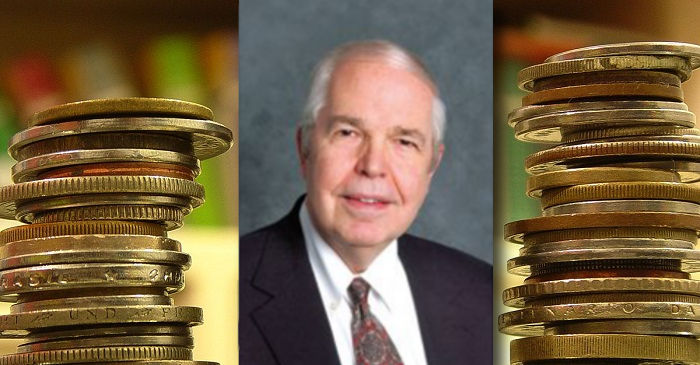 This Wednesday, January 3, 2018, Coin Update and Mint News Blog will commence hosting weekly columns by renowned numismatist and author Q. David Bowers. Every Wednesday, both blogs will be posting regular content produced by Bowers and we are delighted to deliver his uniquely qualified insights to the community. Bowers himself describes the columns as covering topics such as “nostalgia, philosophy, and current events,” the latter of which particularly refers to auctions. Readers of the two blogs are in for a treat, as Bowers’s very name is synonymous with the field of numismatics.

Quentin David Bowers was born on October 21, 1938, in Honesdale, Pennsylvania, and since the age of 14 has massively contributed to the numismatic hobby. He has served as president of both the Professional Numismatists Guild (PNG) and the American Numismatic Association (ANA). The PNG’s highest honor, the Founders Award, was bestowed upon Bowers, and furthermore, he received their Freidberg Award for numismatic literature seven times. To many hobbyists, Dave Bowers is one of the most revered numismatists to ever grace the hobby. He holds additional interests in music and cinema as well, having assembled sizeable collections of musical instruments in addition to historical silent film posters. He has written books on collectible postcards, early silent film, mechanical music machines, famous personalities, and other historical topics.

Even if you are not familiar with Q. David Bowers, if you possess a copy of The Official Red Book, then you are already familiar with his work, as Bowers has been a long-time editor and researcher of the ubiquitous tome. He has produced many other notable works as well, both online and in print, such as Lost and Found Coin Hoards and Treasures (2015), A Guide Book of Lincoln Cents (second edition, 2017), A Guide Book of Half Cents and Large Cents (2015), and A Guide Book of Morgan Silver Dollars (fifth edition, 2016). He has contributed regularly to publications such as Coin World, The Numismatist, and CoinWeek as well. Bowers has appeared publicly on the Today Show, CNN, Fox, ABC, NBC, and the Discovery Channel and has also lectured at Harvard University.

Tune in every Wednesday to Coin Update and Mint News Blog to gain access to this exclusive content by Q. David Bowers and we wish all of our readers a happy New Year!