On August 3, 2011, the Royal Mint revealed the world’s first floating commemorative coin to mark the 500th anniversary of the maiden voyage of the Mary Rose.  A 3-meter (10 ft.) replica of the latest Mary Rose £2 commemorative coin was positioned on the exact spot where the Tudor flagship sank in 1545, after 34 years of active service.

The giant coin, a reproduction of the £2 coin released by the Royal Mint earlier this year, was floated over the site where the ship sank and was subsequently raised in 1982.  The flotation was overseen by Alexzandra Hildred, a member of the original diving and excavation team at the Mary Rose Trust, with the assistance of the Royal Navy Fleet Diving Squadron. 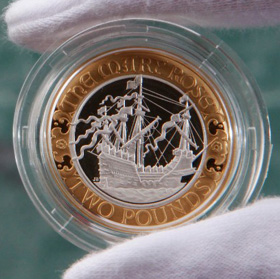 The Mary Rose £2 coin will find its way into UK change later this year. In addition, 1,511 commemorative precious metal versions of the coin have been struck in 22 karat gold, reflecting the year of the Mary Rose’s maiden voyage. The coins have also been struck in sterling silver and specially packaged uncirculated versions are available to buy in limited numbers.  To mark the event, a silver proof example Mary Rose coin was donated by the Royal Mint to the Mary Rose Museum.

Shane Bissett, the Royal Mint’s newly appointed Director of Commemorative Coins commented, “We produced the Mary Rose coin as a tribute to the world’s only surviving Tudor warship – and hope it serves as a reminder of Britain’s rich heritage as a maritime nation. In the Royal Mint’s 1,000-year history, we have never ‘floated’ a coin before, but there seemed no better way to celebrate the 500th anniversary of such an iconic vessel.”

John Lippiett, Chief Executive of the Mary Rose Trust added, “We are delighted to continue our relationship with the Royal Mint following production of the Mary Rose £2 coin. We have much work to do to secure the future of the ship and we are grateful to everyone who supports our fundraising drive to help us build the new Mary Rose Museum here in Portsmouth Historic Dockyard.”

Building work is presently underway for the museum Dockyard and the Trust plans to open it before the end of 2012. A project has been organized for interested members of the public to donate a Mary Rose £2 coin to the Portsmouth Historic Dockyard to fund the completion of the project.

For more information on this exceptional coin and other issues from the Royal Mint, please visit their website at: www.royalmint.com

For more information on the Mary Rose Project here in the UK, please visit their website at:  www.maryrose.org 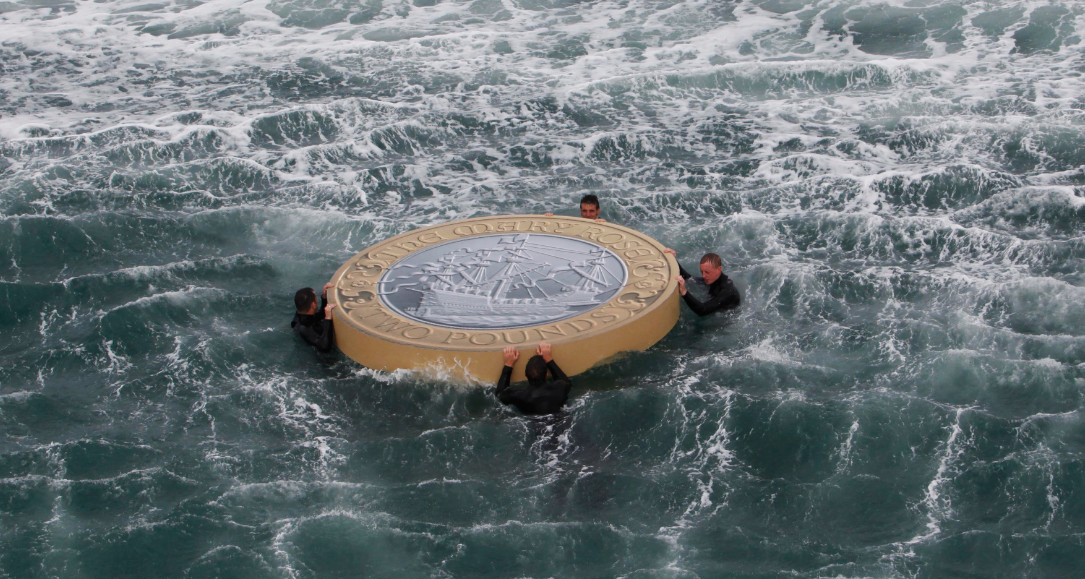