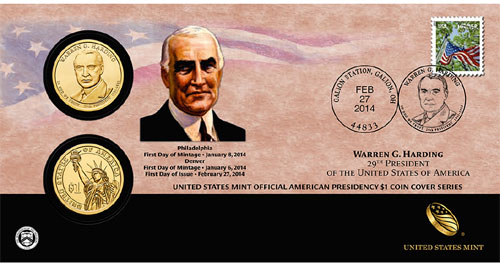 The coins are mounted on a card and placed within an illustrated envelope containing a U.S. A Flag for All Seasons stamp. The stamp is post marked February 27, 2014, Galion, OH, representing the first day of availability for the product.

Each cover is priced at $19.95. The United States Mint has specified a production limit of 20,000 covers. There are no household ordering limits imposed.