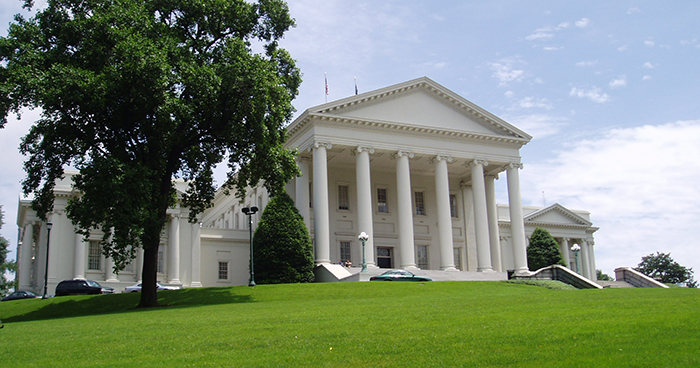 On February 22, Governor Terry McAuliffe signed VA HB 1668 to expand Virginia’s sales-and-use tax exemption to include legal tender coins, effective January 1, 2018, to June 30, 2022. Virginia had a short, 6.5-week legislative session. Companion bills were introduced in the House and Senate to fast-track them; both bills passed. The companion bill, VA S 934, missed the deadline for early action by the governor and should be acted on in March.

A big thanks to Senator Frank Wagner, who introduced VA S 934, and Delegate Christopher Stolle, M.D., who introduced VA HB 1668. They championed our bills and we attribute the passage of both bills to them; without their support this wouldn’t have been possible.

“These days the Virginia General Assembly always puts a sunset clause on these things. The law will sunset in 2022 unless the industry can demonstrate that Virginia dealers and the Virginia coin shows are growing again, but based on the experience of other states, that should happen,” said lobbyist Steve Haner, who also handled the 2015 bill creating the exemption for bullion. “Getting an ANA show here would really prove to the legislators that this was great policy.”

“This is a really exciting time for collectors and dealers in the state of Virginia,” said John Brush, president of David Lawrence Rare Coins. “While it took significant financial and personal resources to get this done, it was an honor to serve and help the hobby within our great state. We only hope that it will have an overwhelming impact on all coin-related businesses in Virginia and that we’ll be able to host a national coin show in the not-too-distant future.”

ICTA’s executive director, Kathy McFadden, noted that “It takes a great deal of coordination, grassroots effort, and research in passing legislation. Without John Brush stepping up to the plate and hiring Steve Haner again, the legislation would never have happened! Also, helping out this year was Bill Hoovler, president of the Rappahannock Area Coin Club, the City of Virginia Beach, and Visit Richmond.”

John Brush is seeking help to defray the significant cost that he has underwritten, and he thanks the dealers and collectors who have helped financially support this effort thus far. PLEASE help John out by contributing to this expensive endeavor, which will produce a financial gain for EVERY dealer and collector in the state of Virginia. For more information, call John at (757) 962-7502, or email him at .

Meet a former U.S. Mint director at the World’s Fair of Money