Every collector can now admire the PCGS-certified coins in the first and the upcoming second auction of magnificent rarities in the fabulous D. Brent Pogue Collection.

All the complete sets of the Pogue Collection that were in the May 19, 2015 auction conducted jointly by Stack’s Bowers Galleries and Sotheby’s are listed in the PCGS Set Registry© and are displayed online in PCGS Digital Coin Albums. There also are albums for the complete sets that will be offered in the Pogue II auction on September 30. 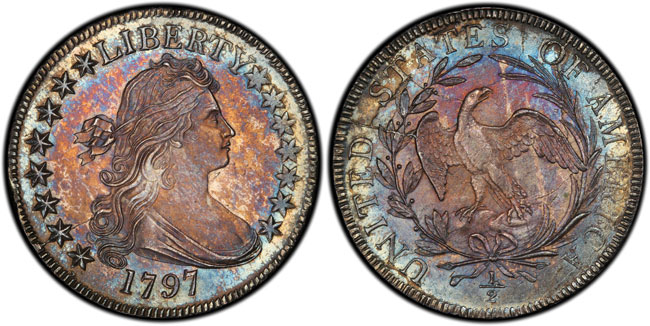 “The PCGS Digital Coin Album is a way for collectors to display and share their coin sets online in a beautiful format resembling a traditional coin album. The feature is free and easy to use as part of the PCGS Set Registry,” said BJ Searls, Set Registry & Special Projects Director at Collectors Universe, Inc.

“There are now 14 albums of Pogue Collection coins online. As the auctions proceed over the next two years, we plan to have the entire collection handsomely displayed so they can be viewed by anyone, anytime,” added Searls.

Anyone with coins listed in the PCGS Set Registry can create their own customized digital coin album.

“Simply log into My Set Registry, visit one of your sets, and build the album with the images you have added to your set,” explained Searls.

You can choose from one of six different color palettes for each album and you can add your own set description to the inside cover. Once you “publish” your album online, it is linked from your set in the Registry and can be downloaded and printed as a PDF file.

The PCGS Set Registry (www.PCGS.com/SetRegistry) was established in 2001 and now hosts more than 74,000 sets. For additional information about PCGS and its services and the PCGS Digital Coin Album, visit www.PCGS.com or call PCGS Customer Service at (800) 447-8848.