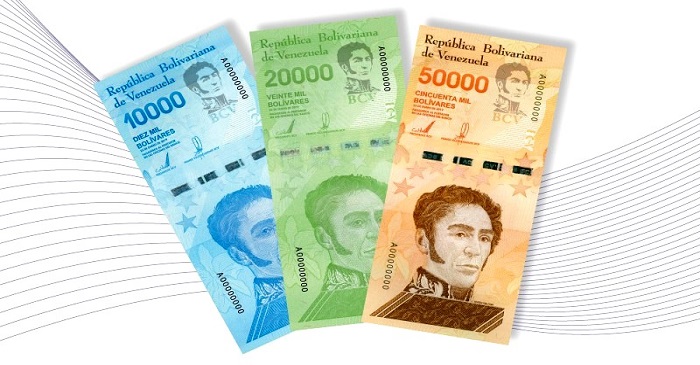 The Banco Central de Venezuela has hastily announced (12th June) the issue of three new, larger banknote denominations just nine months after they re-denominated the bolivar currency to keep one step ahead of the country’s runaway annual rate of inflation. The bolivar soberano banknotes in denominations from 2-500 bolivares and two coins of one bolivar and 50 centavos were soon made redundant due to the escalating level of inflation. The banknote series’ highest denomination, 500 bolivares, when initially issued in August 2018, was equal in value to U.S. $8.30. Today, its value is little more than seven cents. The re-evaluation of the former bolivar was also tied to a complex formula of linking the national currency with the creation of a cryptocurrency, the “petro.” This move was designed by the Maduro government to guarantee that the new bolívar soberano did not lose its stated value. Currently, the Banco Central lists the petro as equal in value to 80,000 bolivar soberanos. 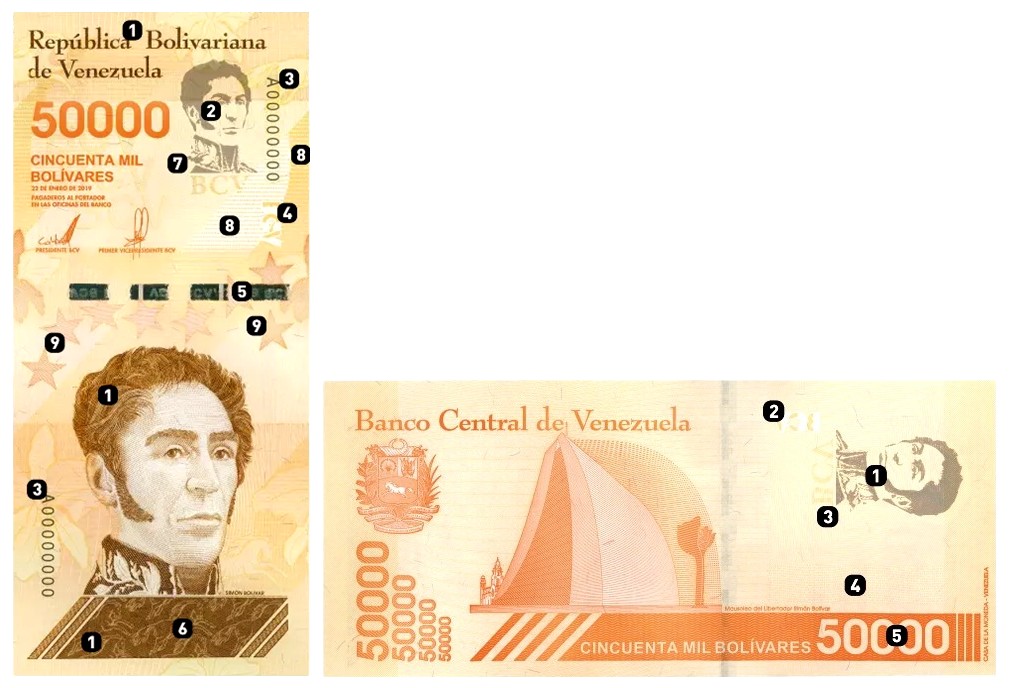 With the issue of these three larger-value banknotes, at the current rate of exchange posted by the Banco Central de Venezuela, each 50,000 bolivar soberano banknote is equal to U.S. $8.09. The Banco Central’s message, which was included with the images and specifications of the new three denominations stated the notes were being released to facilitate cash transactions more effectively. Aside from the chronic lack of, or shortage of banknotes in the economy, those notes, which are available, require a significant quantity just to make a small purchase. In an economy where electronic payments are the preferred method, due to the constant changing of prices to accommodate the staggering level of inflation (which once stood at an annual rate of 815,000%), there are many instances where cash payments are still required such as for public transportation and payments for fuel. Restrictions of cash withdrawals by the public, which are imposed on commercial banks by the government to the equivalent of just U.S. $1.00, also hampers Venezuelans from using cash for transactions. There is also a significant black market exchange for the bolivar and many Venezuelans greatly prefer to hold U.S. dollars, in addition to many retailers, who refuse bolivares in favour of the U.S. currency.

The country’s ailing economy is the result of the policies of President Nicolas Maduro’s ruling socialist regime that has been trying to tackle spiralling inflation for years. Maduro, whose government is no longer recognised by the U.S., Canada, most of Latin America, and many European countries, has been slow to dismantle a complex system of price and exchange controls. The country’s annual rate of inflation is now recorded at 99,900%, which is down from 224,900% at the end of last year. Currently, the average monthly income for most Venezuelan households is about 40,000 bolivares, or U.S. $6.55. 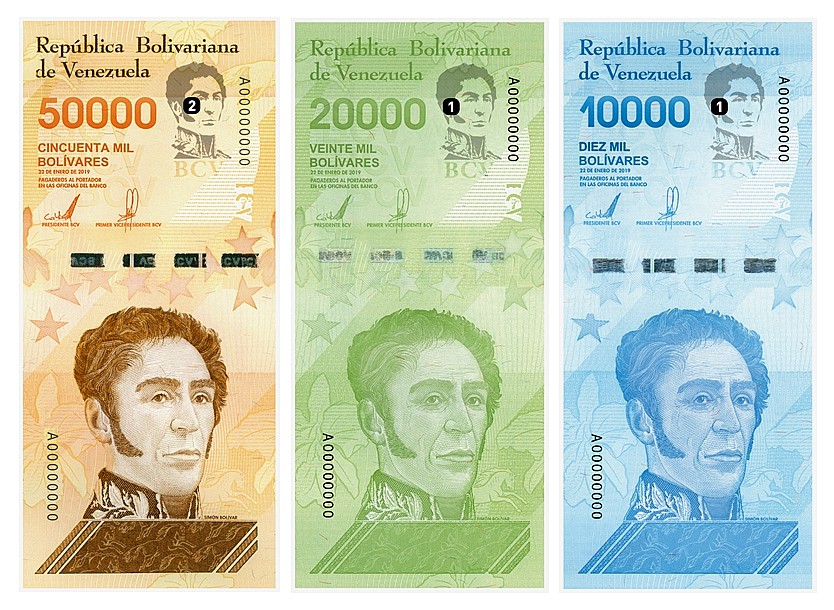 The new denominations, 50,000–20,000 and 10,000 bolivares soberanos have the same dimensions, and all share the same common designs on the face and back sides. They are also similarly vertically formatted to the more recent series released last year. Each note includes an image of the country’s liberator and national hero, Simon Bolivar (1783–1830), shown on the face sides with an illustration of his mausoleum featuring on the back side. No information was made available as to where the new notes are being printed, but it is believed they are being sourced domestically as the government has struggled to pay for services in hard currency. Last month, the British security printers De La Rue, one of the world’s largest producers of banknotes, announced they would have to write off nearly $23 million owed to them by Venezuela since the government could no longer service their debts. 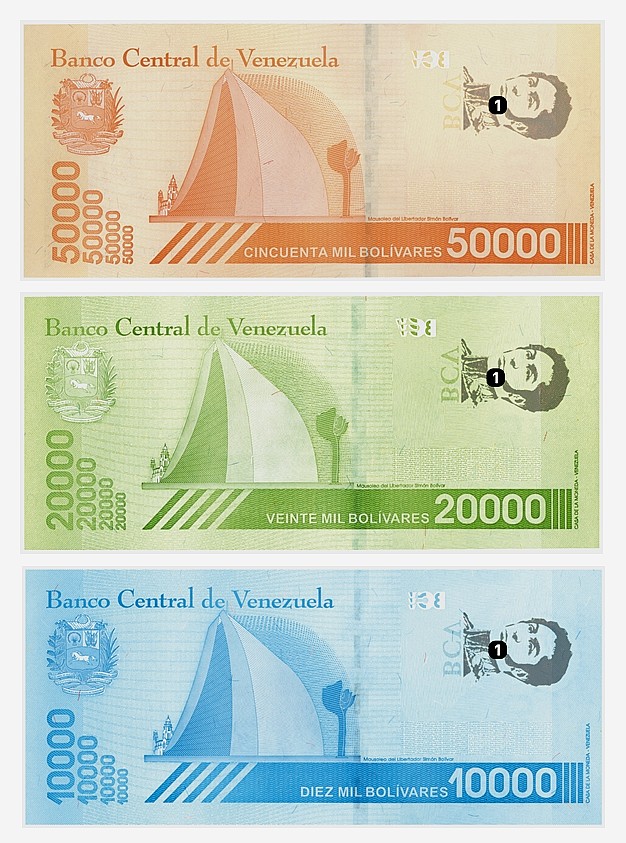 Security features include a watermark which shows the image of Simon Bolivar, a four-millimetre foil security thread with holographic imagery and latent imagery placed below bolivar’s portrait, which includes the initials BCV. The banknotes are printed using both an engraved process and an under-print lithograph technique. As a result of the engraved process, that print can be felt to the touch.

The Banco Central announced the banknotes would complement and optimise the current circulating banknotes and will meet the requirements of the domestic economy. Members of the public can expect the new denominations to be gradually introduced into the economy. For additional information on the bolivar soberano, please visit the website of the Banco Central de Venezuela.