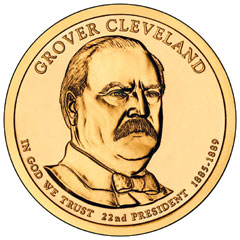 The higher production level seems to be in response to the unexpectedly large collector demand for the coins. Following the Treasury Department decision to suspend production of Presidential Dollars for circulation in December 2011, the United States Mint planned to strike only a limited number of coins to fulfill demand from collectors. Their initial estimate was for 5 million circulating quality coins for each release, however this proved to be too small.

In less than two weeks, collectors placed orders for more than 6 million Chester Arthur Dollars, paying a premium of up to 31.8% above face value plus shipping and handling. Orders have since risen to account for more than 7 million coins.