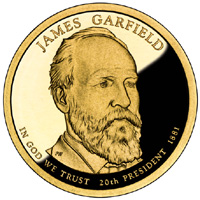 Highlights of the latest weekly United States Mint numismatic product sales report are the debut figures for the 2011 Silver Proof Set and the Gettysburg Quarter bags and rolls. Sales of numismatic gold coins slowed, despite a pricing decrease implemented during the week.

At mid-week, the US Mint reduced the prices of the available numismatic gold coins, in line with the recent decline in the market price of the metal. The 2010 Proof Gold Buffalo recorded its lowest weekly sales on record at 185 coins. The 2010 First Spouse Gold Coins sold 274 across the eight different product options.

The full US Mint numismatic product sales report follows. Figures are compiled as of January 30, 2011. The first number column represents total sales through the reporting date, and the second number column represents the change in sales since the last report. Line which appear in bold represent products which have debuted on this report. Figures which are followed by an asterisk (*) are no longer available for sale from the United States Mint. Currently available US Mint products can be found online at http://catalog.usmint.gov/