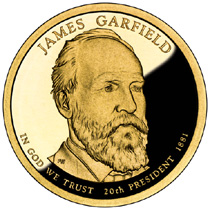 The latest report of the United States Mint’s numismatic product sales includes the debut figures for their first 2011 dated release. Other highlights of the weekly report include some unusual adjustments to the 2010 Proof Gold Eagles and a slow down in sales for other gold coins.

The 2011 Proof Set went on sale at the United States Mint on January 11, 2011. Although this represents the US Mint’s most popular annual offering, this year’s set lacked a specific point of excitement, as had been present for the prior two sets. The 2009 Proof Set had included the four Bicentennial Lincoln Cents struck in a special composition of 95% copper. In 2010, the proof set included the first five issues of the new America the Beautiful Quarters Program.

Although the one-quarter ounce and one-tenth ounce individual 2010 Proof Gold Eagles remain on sale, adjustments to sales levels make it appear that the coins are on the verge of selling out. Figures for all options were adjusted to round numbers, which usually happens after the coins go off sale and the US Mint makes adjustments/order cancellations to match actual production.

Other numismatic gold coin products showed a drop in sales for the week, with the 2010 Proof Gold Buffalo only selling 334, and the First Spouse Gold Coins collectively selling 262.

The complete US Mint numismatic sales report follows. Figures are compiled as of January 16, 2011. The first number column represents total sales through the reporting date, and the second number column represents the change in sales since the last report. Figures which are followed by an asterisk (*) are no longer available for sale from the United States Mint. Lines appearing in bold are for products which debuted on this report. Available US Mint products can be found online at http://catalog.usmint.gov/