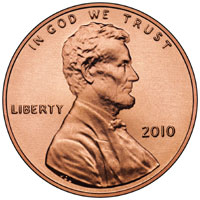 The latest weekly sales report of the United States Mint’s numismatic products includes the debut figures for the 2010 Uncirculated Mint Set. As one of the US Mint’s most popular annual products, these sales figures make an interesting study.

The 2010 Mint Set went on sale at the US Mint on July 15, 2010. Through July 18, the US Mint recorded sales of 200,764. In terms of unit sales, this represents the third strongest product debut for the year to date. Earlier this year, the 2010 Presidential Dollar Proof Set had a stronger start with with opening sales of 224,426. The Boy Scouts Silver Dollars also debuted with higher sales of 214,673 coins, across both proof and uncirculated versions.

Sales of the annual Mint Set do seem to be on a slower pace compared to the prior year’s set. The 2009 Mint Set went on sale October 1, 2009. The first available sales figures through October 11, 2009 came in at 392,007. This initial sales data covers the first ten days of sales, which accounts for the much higher number. Next week, a direct comparison will be possible.

The slower pace of sales for the 2010 Mint Set may be the result of several factors. First, the 2009 Mint Set set may have experienced a higher level of demand due to the inclusion of the 2009 Bicentennial Lincoln Cents. Many collectors were looking forward to the coins, struck in a special composition of 95% copper. Second, the price of the 2010 Mint Set was increased by $4 compared to last year, despite a reduction in the number of coins included. Some buyers may have been put off by the higher price. Third, the 2010 Proof Set will go on sale later this week. Some buyers may be waiting to order both sets together and save on shipping costs.

The complete weekly sales report of United States Mint numismatic products appears below. Figures are compiled through July 18, 2010. The first number column indicates total sales through the reporting date and the second number column represents the change since the last report. Figures which are followed by an asterisk (*) are no longer available for sale at the US Mint.