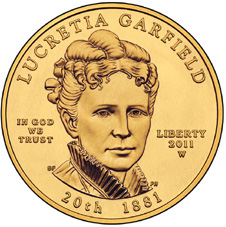 The 2011-P Olympic National Park Five Ounce Silver Uncirculated Coins went on sale November 29, 2011. This product represented the eighth numismatic release for the series. The earliest releases were greeted enthusiastically by collectors, but the excitement has since faded. The latest release sold 8,662 units during the debut period, representing the slowest start so far.

On the same date, the 2011 America the Beautiful Quarters Circulating Coin Set went on sale. Total orders have reached 10,098 for the product which contains circulating quality examples of each of this year’s quarters struck at the Philadelphia and Denver Mints.

Areas of strength in the sales report include the 2011-dated annual sets, which are often purchased as holiday gifts, and the 2011 commemorative coins, which are scheduled to conclude sales on December 16, 2011 at 5:00 PM ET. The 2011-W Uncirculated Silver Eagle has also shown a jump in sales. This is the only Silver Eagle numismatic product still available from the US Mint.

The complete US Mint numismatic product sales report appears below. The figures are compiled through December 5, 2011. The first number column represents total sales through the reporting date, and the second number column represents the change in sales since the last report. Products shown in bold make their debut on this report. Products with sales followed by an asterisk (*) are no longer available from the United States Mint. Currently available US Mint products can be found online at http://catalog.usmint.gov/