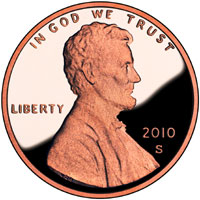 This week’s report of the United States Mint’s numismatic product sales includes the opening figures for the 2010 Silver Proof Set. Other points of interest include a jump in sales for previously available annual sets and the one ounce proof 2010 Gold Buffalo.

Sales of the 2010 Silver Proof Set began at the US Mint on August 26, 2010. The 14 coin set includes seven coins struck in 90% silver with the remaining coins struck in standard compositions. Through the sales reporting date of August 29, 2010, a total of 241,656 sets were purchased. This amount comes in between the debut figures for the other primary annual sets, with the 2010 Proof Set and 2010 Mint Set having sold 296,379 and 200,764 sets in the opening days. The initial figures for the Silver Proof Set are below the opening sales for last year’s comparable product, which sold 271,372 sets.

The 2010 Proof Gold Buffalo experienced a sharp increase in sales with 2,167 coins sold in the past week. This figure represents the second highest weekly sales figure for the offering since it went on sale June 3, 2010. The only report with a higher sales figure was debut week.