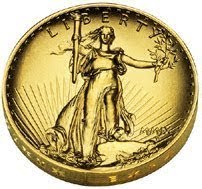 The surge in the price of gold over the past few weeks has prompted the United States Mint to raise prices for their numismatic gold coin products to the highest levels ever. The prices for currently available products were adjusted around 12:00 Noon ET today.

Earlier this year, the United States Mint adopted a new pricing policy for gold and platinum numismatic products. This policy covers only collectible gold and platinum coins offered directly by the United States Mint to consumers, not bullion coin offerings which are sold through a network of authorized purchasers. The new policy allows prices to be adjusted as frequently as once per week in response changing precious metals prices. The previous policy required price changes to be published in the Federal Register, which often resulted in multi-week product suspensions before the new prices could become effective.