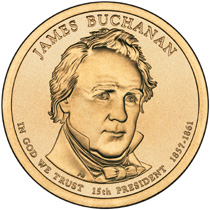 For the fiscal year ending September 30, 2010, United States Mint circulating coin shipments to Federal Reserve Banks increased in unit volume by 3.69% compared to the prior year. However, a shift towards lower denominations resulted in a lower total value of shipments and a reduction in seigniorage. This article continues the detailed coverage of the US Mint’s 2010 financial results.

One of the primary responsibilities of the US Mint is to enable commerce by minting and issuing circulating coins. The coins are shipped to Federal Reserve Banks, which distribute the coins to financial institutions throughout the country. These financial institutions place the coins into circulation to meet the demands of retailers and the public. In times of excess supply, circulating coins may be returned to Federal Reserve Banks, where they are held in inventory and serve to reduce orders for new coins.

Circulating coin revenue is recognized by the US Mint as coins are shipped to the Federal Reserve Banks. Seigniorage is generated from the difference between the face value of the coins and the cost to manufacture and distribute. Seigniorage is transferred to the Treasury General Fund to help finance the National Debt.

Shipments of quarters declined significantly to 252 million, down 73.89% from the 2009 fiscal year. Compared to the 2008 fiscal year, shipments are down nearly 90%. The US Mint cited Federal Reserve Banks inventory levels of quarter dollars as “more than sufficient to enable cash transactions.”

This seems to be an after effect of the 50 State Quarters Program. The US Mint and Congress have often cited the financial benefits of the program, which generated $6.3 billion in seigniorage, as the public collected the coins out of circulation. As some of the State Quarters have found their way out of collections and back into circulation, the shipments and seigniorage for the new America the Beautiful Quarters are coming in well below historical levels.

The total value of circulating coin shipments for the fiscal year was $618.2 million. This compares to $777.6 million in the prior year, representing a decline of 20.50%. The drop was caused by a reduction in higher denomination coins shipped, and an increase in lower denomination coins.

Seigniorage declined by 29.69% to $300.8 million. This was driven by the decline in value of shipments and the higher costs for copper, nickel, and zinc. The dollar coin generated the majority of seigniorage, or approximately 94%, for the 2010 fiscal year.