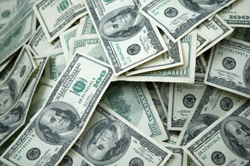 Whenever there has been a world crisis, it has been typical for foreigners to seek the safety of the US dollar.  A common means to accomplish that has been to buy US Treasury debt.  The typical example over the past couple of years is that the demand for US Treasury debt has increased at the various peaks of crises among the European Union nations such as Greece, Ireland, Spain, Portugal, and the like.

As a result of these surges in demand, the US Dollar Index, which reflects the value of the dollar against other currencies, tends to increase.

The major earthquake, tsunami, and nuclear power plant problems that hit Japan on Friday, March 11 is a crisis that should have, once again, had the effect of increasing demand for US Treasury debt and pushing up the value of the US dollar.

That is not what happened.

Late Thursday, March 17, the G-7 Group of Nations announced that it would coordinate a currency manipulation at the open of each member’s markets the next day to sell Japanese yen to push down its value.  The planned manipulation would also have the affect pushing up the value of the other currencies.

Japan’s market was the first to trade on March 18.  The value of the US dollar quickly soared 3% to reach an Index of 81.75.  Then the bottom fell out.

On Monday, March 21, the US Dollar Index fell even further, finishing in the US markets at 75.41.

As the value of the US dollar declines, US Treasury debt interest rates will have to rise in order for foreign and domestic investors to be willing to hold the debt.  Strangely, that is not what has happened over the past ten days.

In fact, the 10-year US Treasury debt interest rate has fallen over the past week or so.  It closed on March 21 at 3.32%, well below the 3.5% level which would confirm the fall in the value of the US dollar.

I think there is an explanation of this anomaly.  If the Federal Reserve has stepped up its purchases of US Treasury debt, either directly or through intermediaries, that would hold down the interest rate but would not have the same effect of pushing up the value of the US dollar.

Even in the US, Treasury debt demand is falling.  The Pacific Investment Management Co, (PIMCO), the world’s largest bond fund, has sold off all Treasury debt held by at least two of its largest funds.

This turmoil will accelerate the loss of safe haven status for the US dollar.  In 2001, the US dollar was the unit of account for 90% of all foreign exchange transactions.  Dollars and US Treasury debt made up 71% of global central bank reserves.  By 2010, only 85% of all foreign exchange transactions were handled in US dollars while dollars and US Treasury debt had fallen to only 61% of central bank reserves.  Although the dollar is still dominant, it is on the wane as the world’s reserve currency.

As the dollar continues to lose value, assets such as gold and silver will appreciate.  There is still time to protect the remainder of your personal wealth, but it would be best to act sooner rather than later.