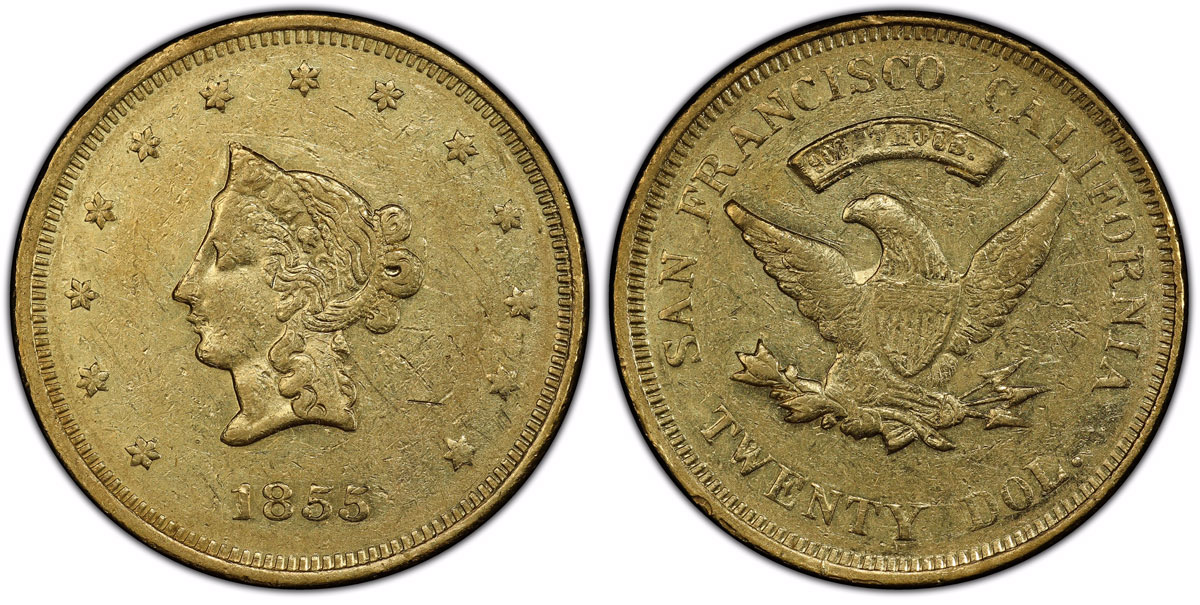 Some of the finest known Kellogg & Co. and Wass Molitor & Co. San Francisco gold coins are among the 105 historic California Gold Rush Territorial coins recovered during the last expedition to the fabled “Ship of Gold,” the S.S. Central America, that sank in 1857. The headline-making recovery also includes a rare variety U.S. Assay Office $20 coin and an unusual counterstamped Wass Molitor $5 gold piece.

These are some of the latest major discoveries revealed in the continuing chronicle of the United States’ greatest sunken treasure, according to the California Gold Marketing Group (CGMG).

“We have finished carefully examining and cataloging the $5, $10 and $20 gold Territorials we took possession of earlier this year that were retrieved from the S.S. Central America in 2014. It was exhilarating to see these gold coins created by major assayers from the height of the Gold Rush: Humbert; Kellogg; Moffat; Wass Molitor; and the U.S. Assay Office,” said CGMG Managing Partner Dwight Manley. 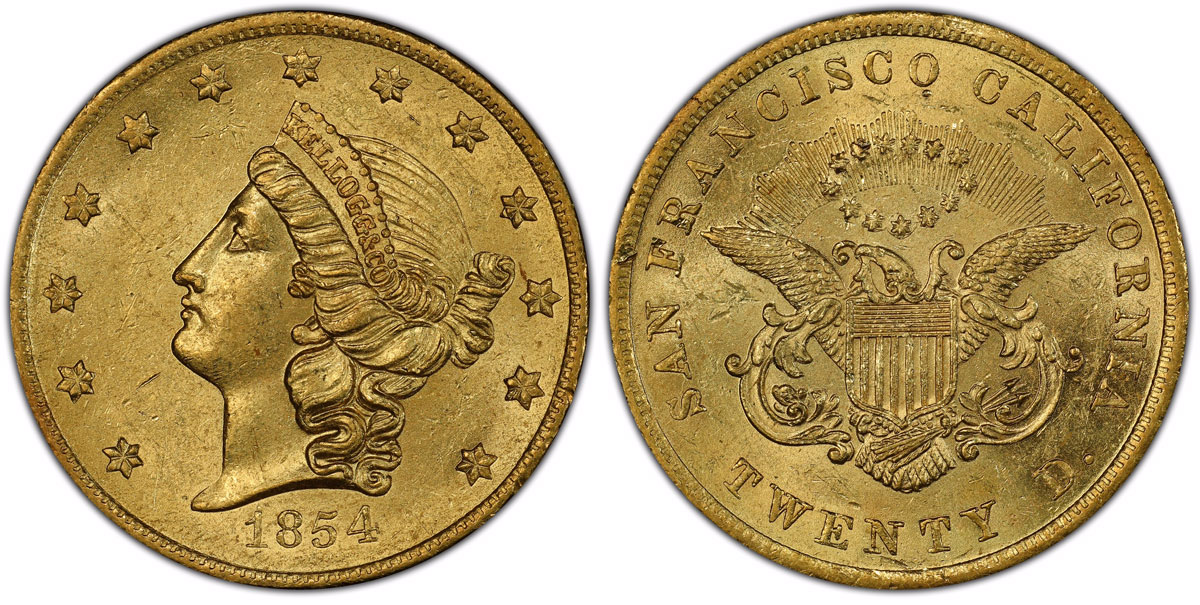 “There are an unprecedented 50 Kellogg & Co. $20 coins, including two monumentally rare, Uncirculated coins! 10 of those 50 were found together in a pile with other coins on the Atlantic Ocean seabed off the coast of the Carolinas. Each of the 105 recovered Territorials is a remarkable part of American history and a tribute to the memory of the fabled ship, the passengers, crew and the era,” stated Manley.

Among the highlights of the S.S. Central America Territorial coins are:

Two rare 1855 Wass Molitor Small Head variety $20 gold coins that are among the finest known with one graded AU-58 and the other AU-55.

“The very rare 884 THOUS variety, representing a gold content fineness of .884 purity, was struck for only eight days in February and March of 1853 before they switched to the more acceptable ‘900 THOUS’ standard,” explained Bob Evans, the chief scientist on the 1980s missions that first located and recovered a portion of the fabulous S.S. Central America treasure and then assisted with the 2014 recovery. He is the curator of the treasure. 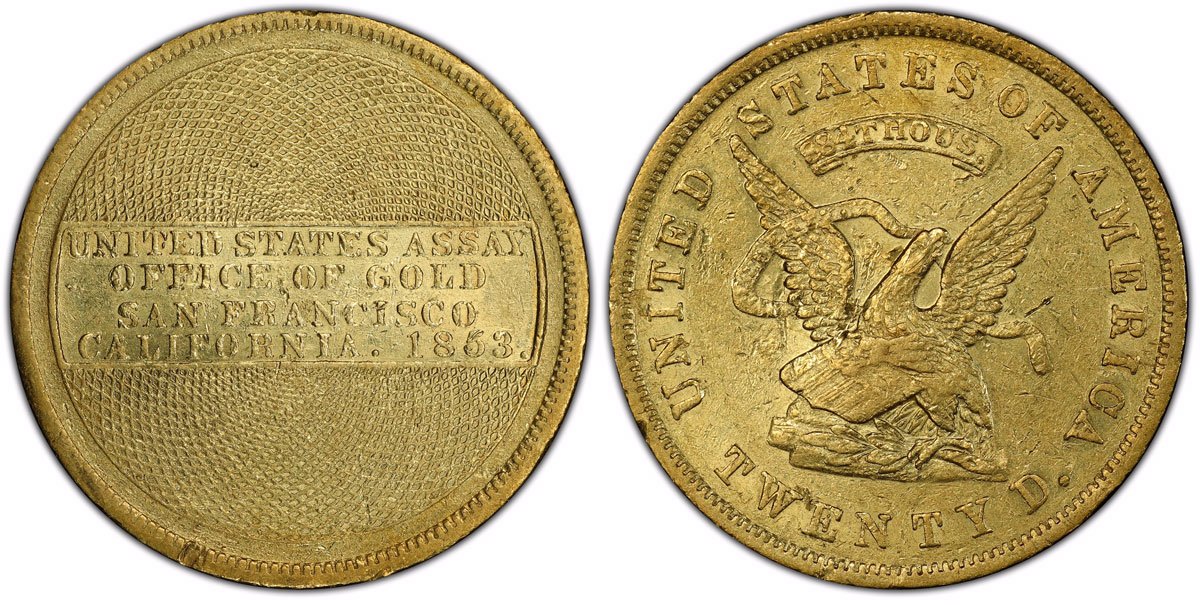 “We also found five 1853 Moffat & Co. $20s,” Evans revealed. “It was really exciting to locate these because we didn’t recovery any Moffat $20s during any of the earlier expeditions.” 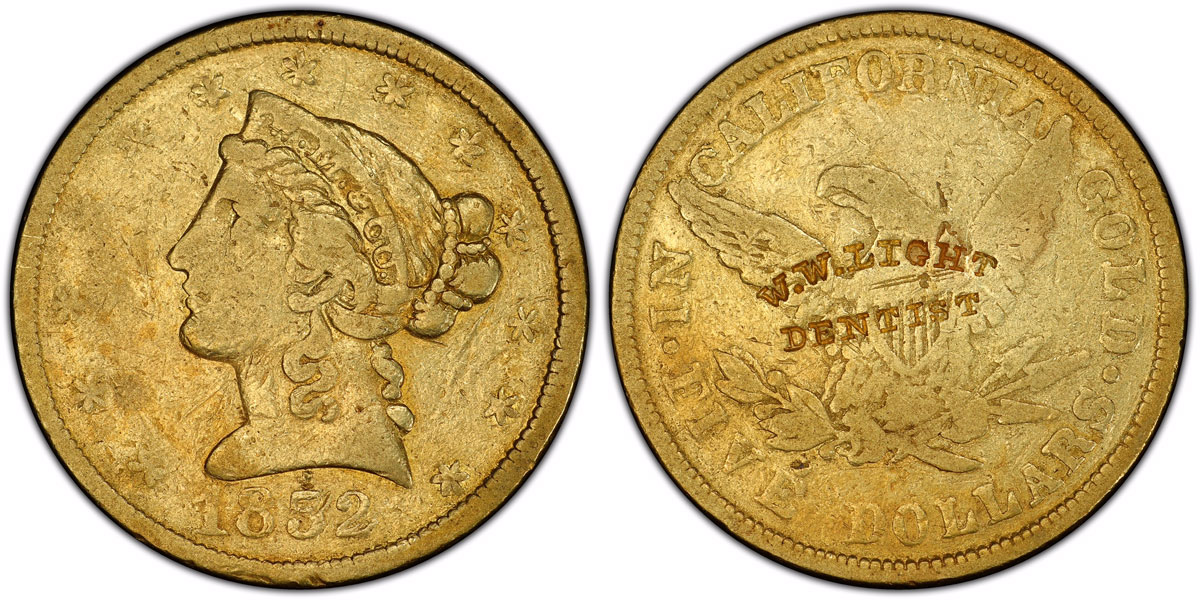 “It’s pretty cool!” exclaimed Evans. “It’s graded PCGS VF-30. It apparently had years of use in the goldfields and must have stories to tell!”

A complete inventory of U.S. and world coins and assayers’ ingots recovered in 2014 will be listed in an upcoming book, America’s Greatest Treasure Ship: The S.S. Central America, The Second Journey, by Q. David Bowers and Manley. It will be published by the California Gold Marketing Group later this year.

The S.S. Central America was a 280-foot long, three-masted side-wheel steamship carrying tons of California gold that had been shipped from San Francisco to Panama when she sank in a September 1857 hurricane during a voyage from Aspinwall (now Colón), Panama, to New York City. The loss of the gold cargo was a major factor in the economically devastating financial panic of 1857 in the United States.


The California Gold Marketing Group LLC of Brea, California acquired the 2014 treasure from Ira Owen Kane, Receiver for Recovery Limited Partnership and Columbus Exploration, LLC in a court-approved transaction in November 2017. In 1999, the group acquired all of the available treasure that was recovered in the 1980s.