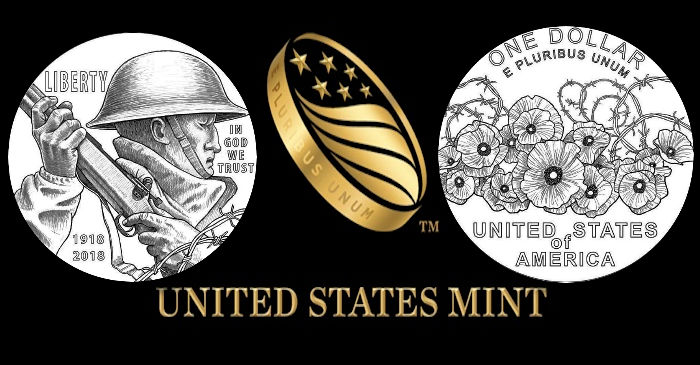 The designs, by LeRoy Transfield of Orem, Utah, will be featured on the obverse (heads) and reverse (tails) of the World War I Centennial Silver Dollar scheduled for release next year.

“Our team at the U.S. Mint is proud to have the honor of crafting the coin that will commemorate the contributions and the history made by American men and women of all walks of life who bravely stepped forward 100 years ago to defend the interests of the nation and that of her allies,” said Thomas Johnson, Chief of the United States Mint’s Office of Corporate Communications, who spoke at the ceremony. 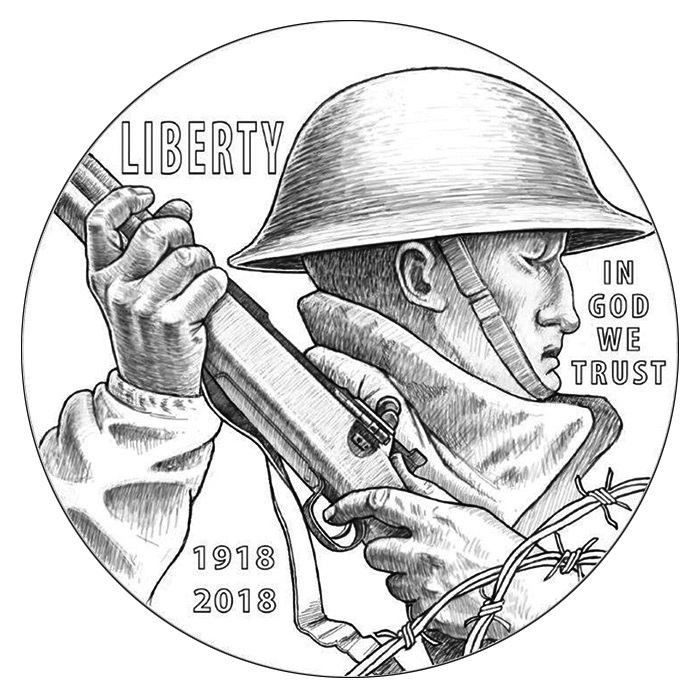 The obverse design, titled “Soldier’s Charge,” depicts an almost stone-like soldier gripping a rifle. Barbed wire twines in the lower right-hand side of the design. Inscriptions are LIBERTY, 1918, 2018, and IN GOD WE TRUST. 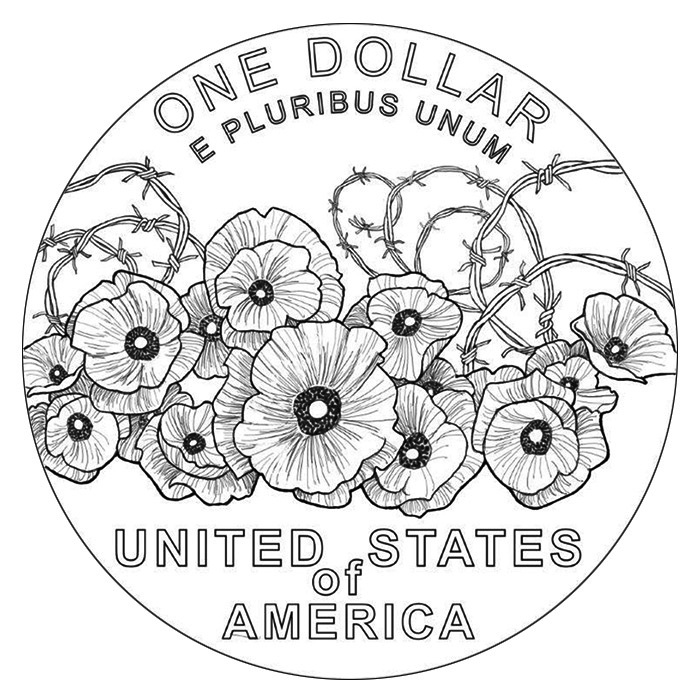 The wire design element continues onto the reverse design, titled “Poppies in the Wire,” which features abstract poppies mixed in with barbed wire. Inscriptions include ONE DOLLAR, E PLURIBUS UNUM, and UNITED STATES OF AMERICA.

Additional participants in the unveiling included Under Secretary of the Army Ryan McCarthy, U.S. World War I Centennial Commission Chair Robert Dalessandro, and World War I re-enactors who unveiled the designs.

Additional details about the World War I Centennial Silver Dollar will be announced prior to the coin’s release in 2018 and further information can be found on the Mint’s website.