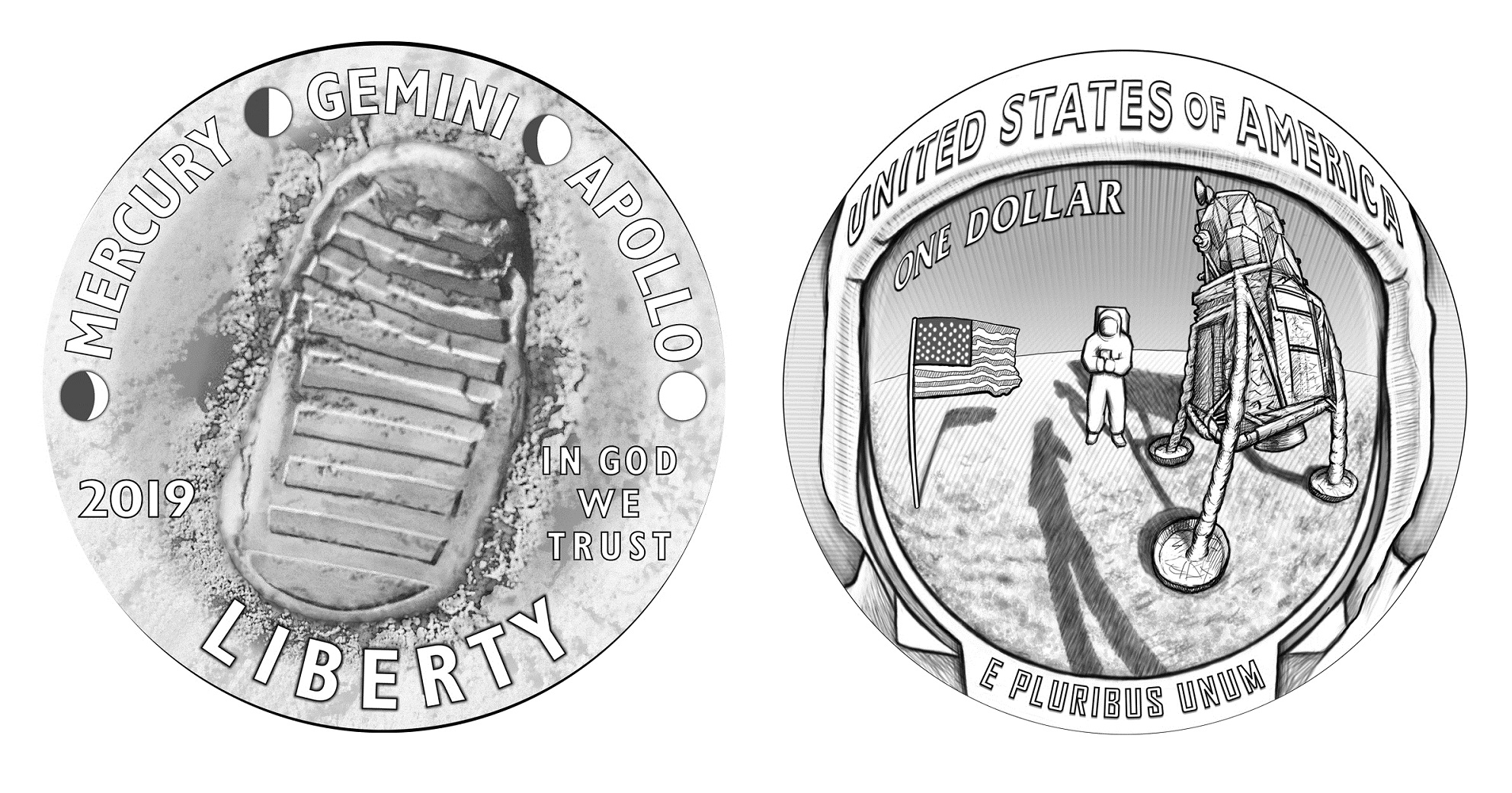 Washington — The United States Mint unveiled the designs for the 2019 Apollo 11 50th Anniversary Commemorative Coin Program today. The obverse and reverse designs will be featured on the four coins in the program: A $5 gold coin, a standard size $1 silver coin, a half dollar clad coin, and a five-ounce $1 silver Proof coin. In a manufacturing first for the Mint, the five-ounce silver Proof coin will be curved, as will the other coins in the program. 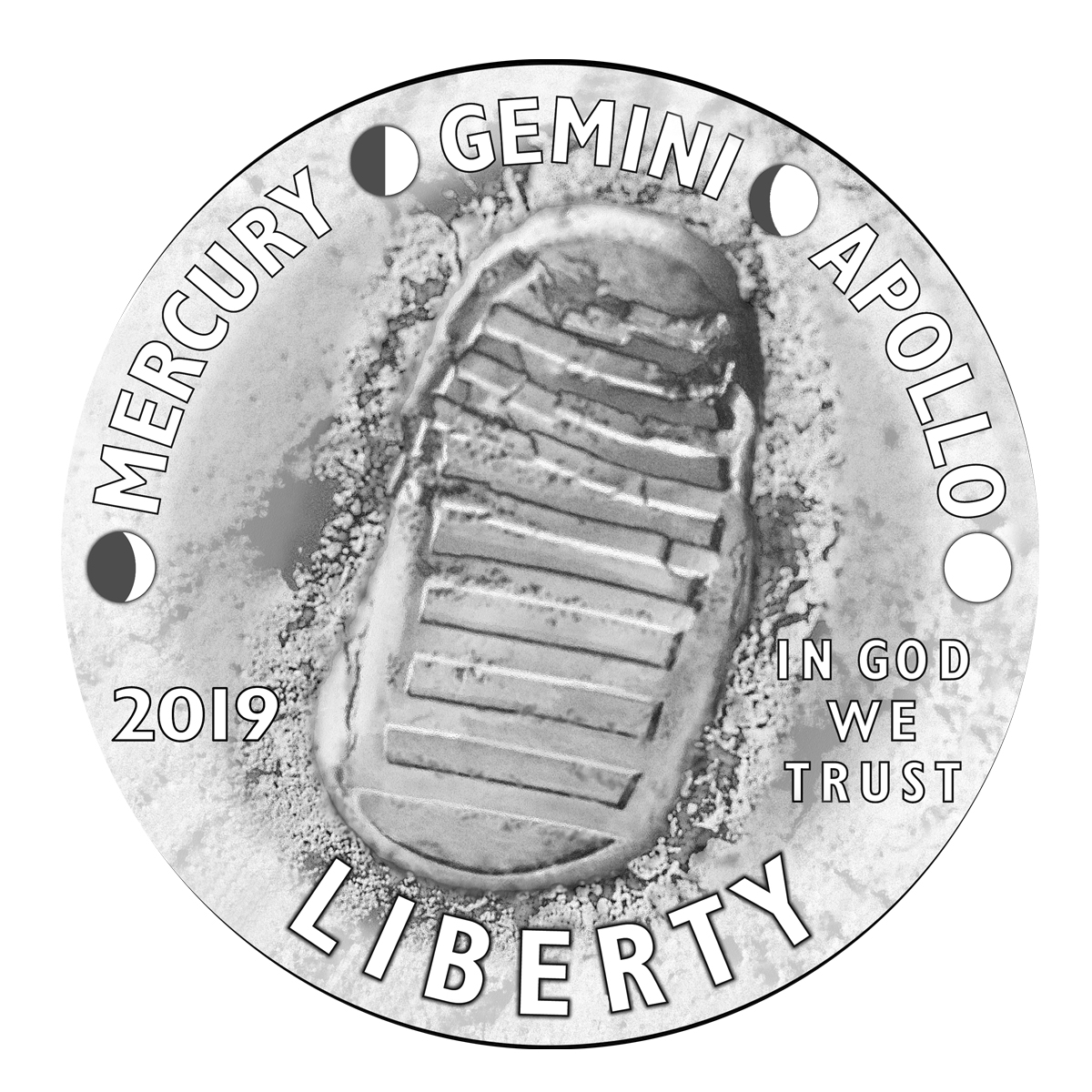 The obverse design was selected from entries in a juried competition as required by the authorizing legislation, Public Law 114-282. The winning design is by Gary Cooper of Belfast, Maine. It features the inscriptions MERCURY, GEMINI, and APOLLO — separated by phases of the Moon — and a footprint on the lunar surface. The design represents the efforts of the United States space program leading up to the first manned Moon landing. Additional inscriptions are 2019, IN GOD WE TRUST, and LIBERTY. Mint Sculptor-Engraver Joseph Menna sculpted the design. 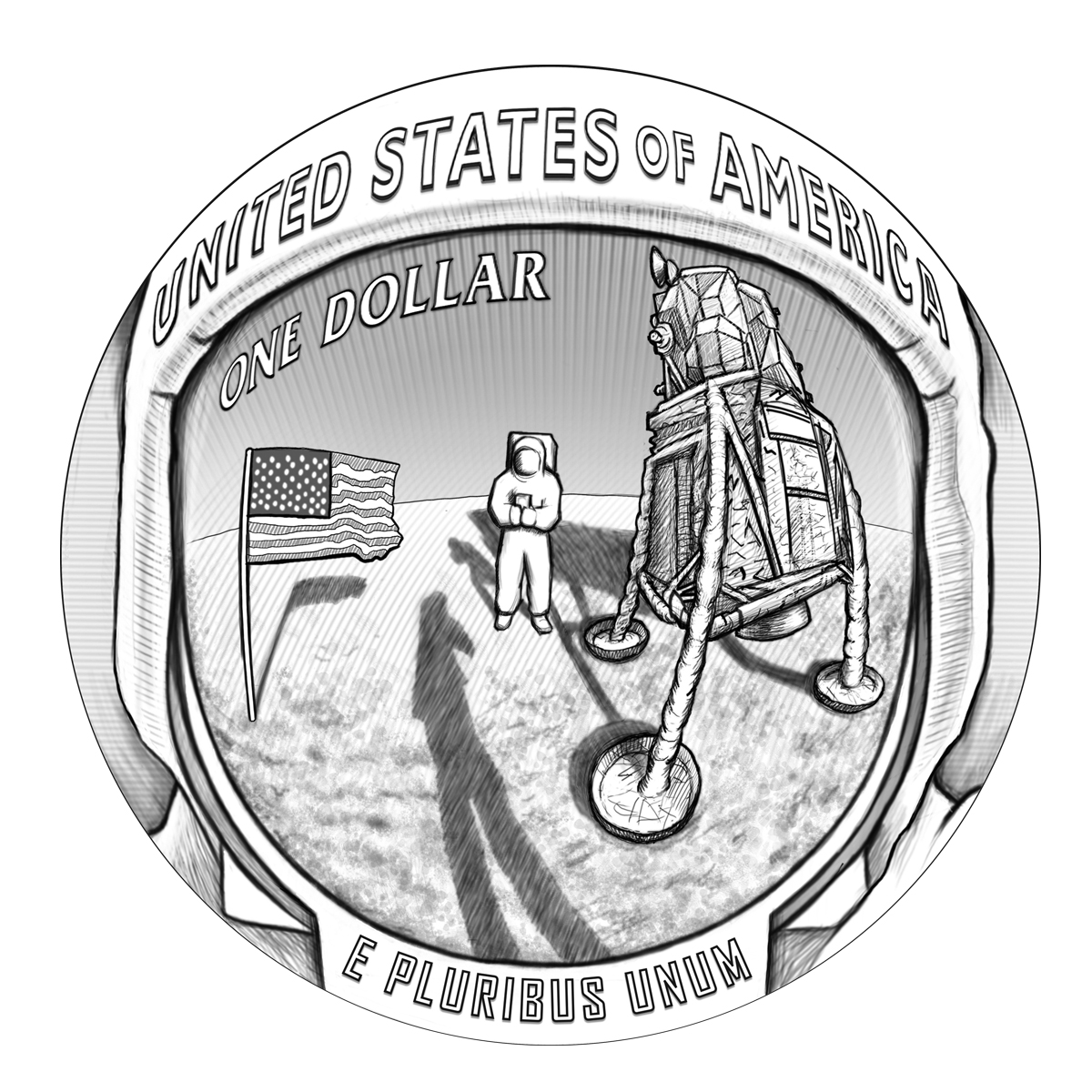 The reverse design is by Mint Sculptor-Engraver Phebe Hemphill. It features a representation of a close-up of the iconic “Buzz Aldrin on the Moon” photograph taken July 20, 1969, showing just the visor and part of the helmet of astronaut Buzz Aldrin. The reflection in Aldrin’s helmet includes astronaut Neil Armstrong, the United States flag, and the lunar lander. Inscriptions are UNITED STATES OF AMERICA, the respective denomination, and E PLURIBUS UNUM. Ms. Hemphill also sculpted the design.


The law that authorizes the Apollo 11 50th Anniversary Commemorative Coin Program also requires the Mint to collect surcharges from coin sales—$35 for each gold coin, $10 for each $1 silver coin, $5 for each half dollar coin, and $50 for each five-ounce silver Proof coin. The Mint is authorized to distribute the surcharges as follows:

The Mint will announce the release date and pricing for this coin program prior to the opening of sales in January 2019.