The designs were created by Emily Damstra, a member of the United States Mint’s Artistic Infusion Program, and will be featured on a clad coin, a silver coin, and the nation’s first-ever pink-hued gold coin. The three-coin program is authorized by Public Law 114-148, the Breast Cancer Awareness Commemorative Coin Act, in recognition of America’s fight against breast cancer. 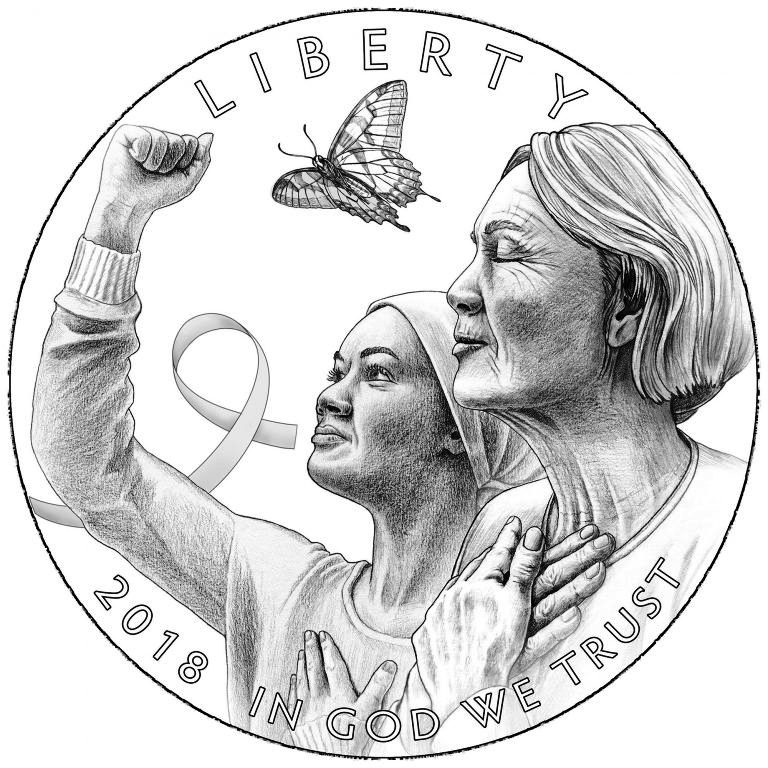 Damstra’s common obverse design features two women. The older woman has her hands on her chest and a relieved expression on her face. The younger woman, with a scarf on her head, holds one hand over her chest and the other raised in a fist as if she is ready to fight. A butterfly flies above the two women. Inscriptions are LIBERTY, 2018, and IN GOD WE TRUST. United States Mint sculptor-engraver Phebe Hemphill sculpted the design. 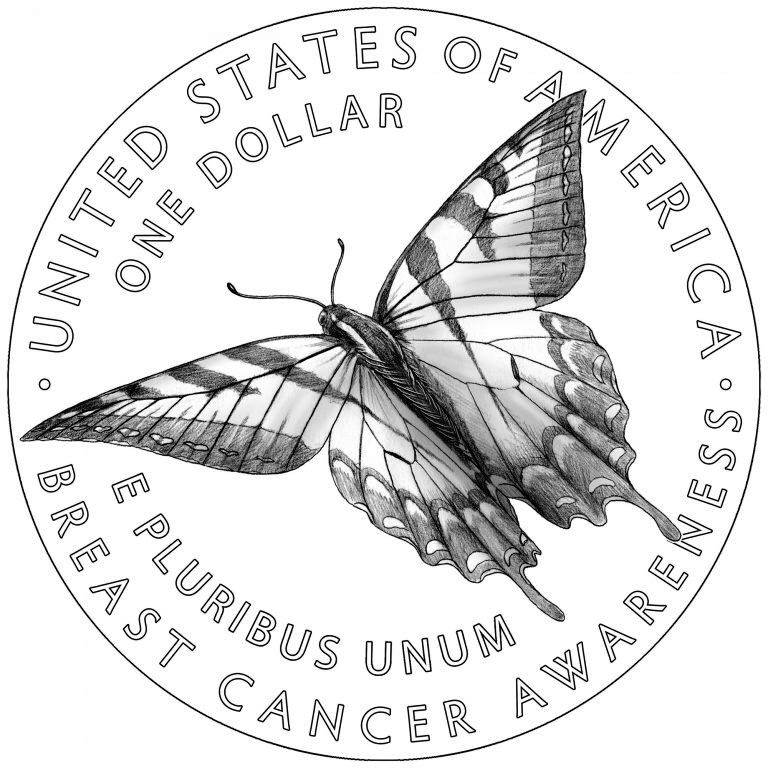 Damstra’s reverse design depicts a Tiger Swallowtail butterfly in flight, a symbol of hope. Inscriptions include United States of America, E Pluribus Unum, Breast Cancer Awareness, and the respective denomination of each coin—Five Dollars for the gold coin, One Dollar for the silver coin, and Half Dollar for the clad coin. United States Mint sculptor-engraver Renata Gordon sculpted the design.

As authorized by the law, surcharges collected from coin sales are authorized to be paid to the Breast Cancer Research Foundation for the purpose of furthering breast cancer research funded by the Foundation.

The Mint will announce additional details about the coins’ availability and pricing prior to their release in 2018.


About the United States Mint
The United States Mint was created by Congress in 1792, and became part of the Department of the Treasury in 1873. It is the Nation’s sole manufacturer of legal tender coinage and is responsible for producing circulating coinage for the Nation to conduct its trade and commerce. The United States Mint also produces numismatic products, including Proof, Uncirculated, and commemorative coins; Congressional Gold Medals; and silver and gold bullion coins.  Its numismatic programs are self-sustaining and operate at no cost to taxpayers. The Mint is celebrating its 225th anniversary in 2017 (#USMint225).