The United States Mint has started accepting orders for the 2015 Uncirculated Coin Set. This core annual set provides collectors with the opportunity to acquire uncirculated versions of each of the year’s circulating coins within a packaged set. 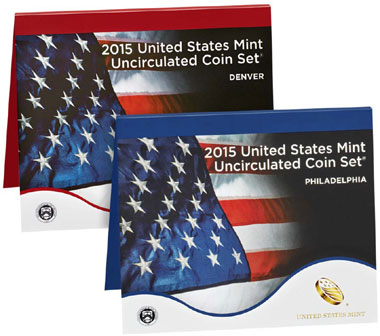 The 2015 Uncirculated Coin Set includes two folders, with 14 coins each, from the Philadelphia and Denver mint facilities. Each folder contains the following coins: 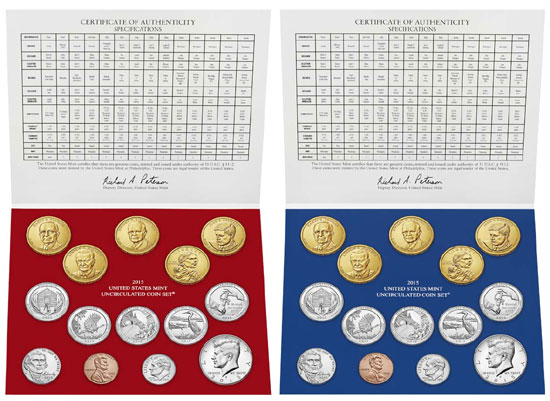 The front of each folder contains American flag imagery with blue accents for the Philadelphia folder and red accents for the Denver folder. The interior includes coin specification information and a certificate of authenticity.

The coins included in the set are struck with an uncirculated finish on special presses which use greater force than circulating coins, resulting in a sharp and intricately detailed image.

The 2015 United States Mint Uncirculated Coin Set is priced at $28.95. There are no stated mintage or household ordering limit in place.