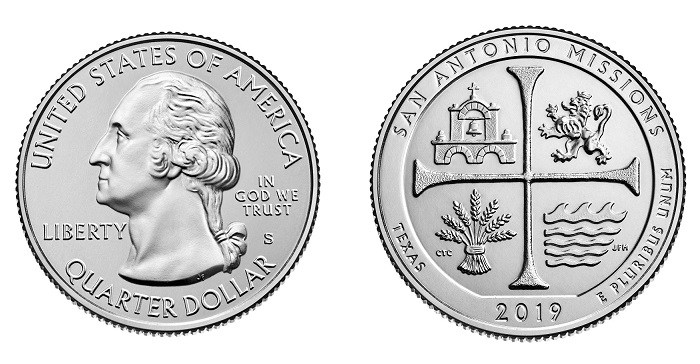 The Mint produces the coins in the rolls and bags at the Philadelphia, Denver, and San Francisco facilities. The three-roll set contains coins from all three facilities. Unlike the “P” and “D” mint mark quarters, those with the “S” mint mark will not be released into circulation. 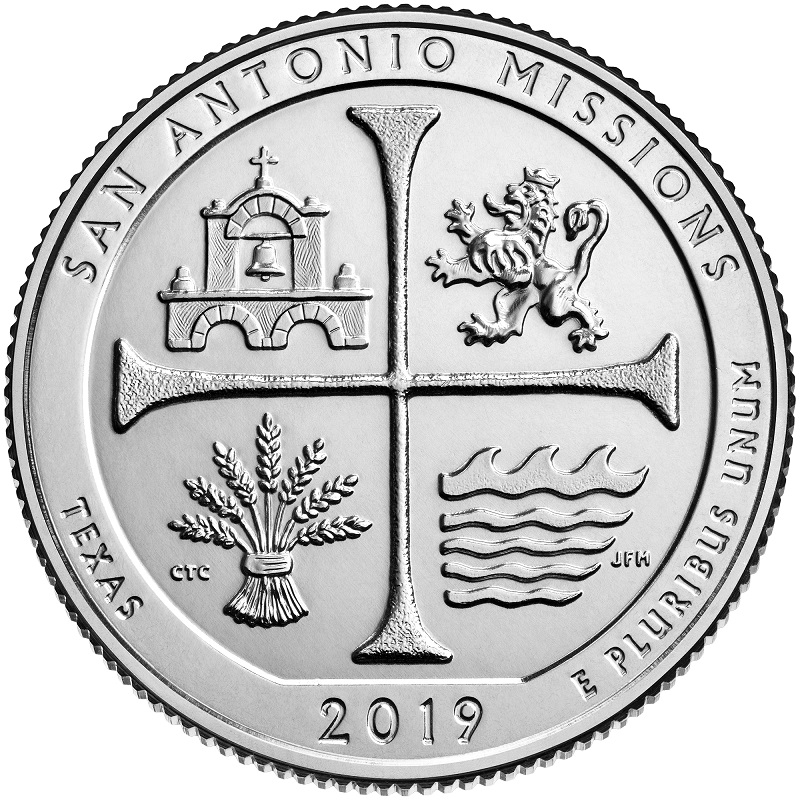 The reverse (tails) design chosen for the San Antonio Missions National Historical Park quarter depicts elements of the Spanish Colonial real coin to pay tribute to the missions. Within the quadrants are symbols of the missions: Wheat symbolizes farming; the arches and bell symbolize community; a lion represents Spanish cultural heritage, and a symbol of the San Antonio River represents irrigation methods and life-sustaining resources. Inscriptions are SAN ANTONIO MISSIONS, TEXAS, 2019, and E PLURIBUS UNUM. 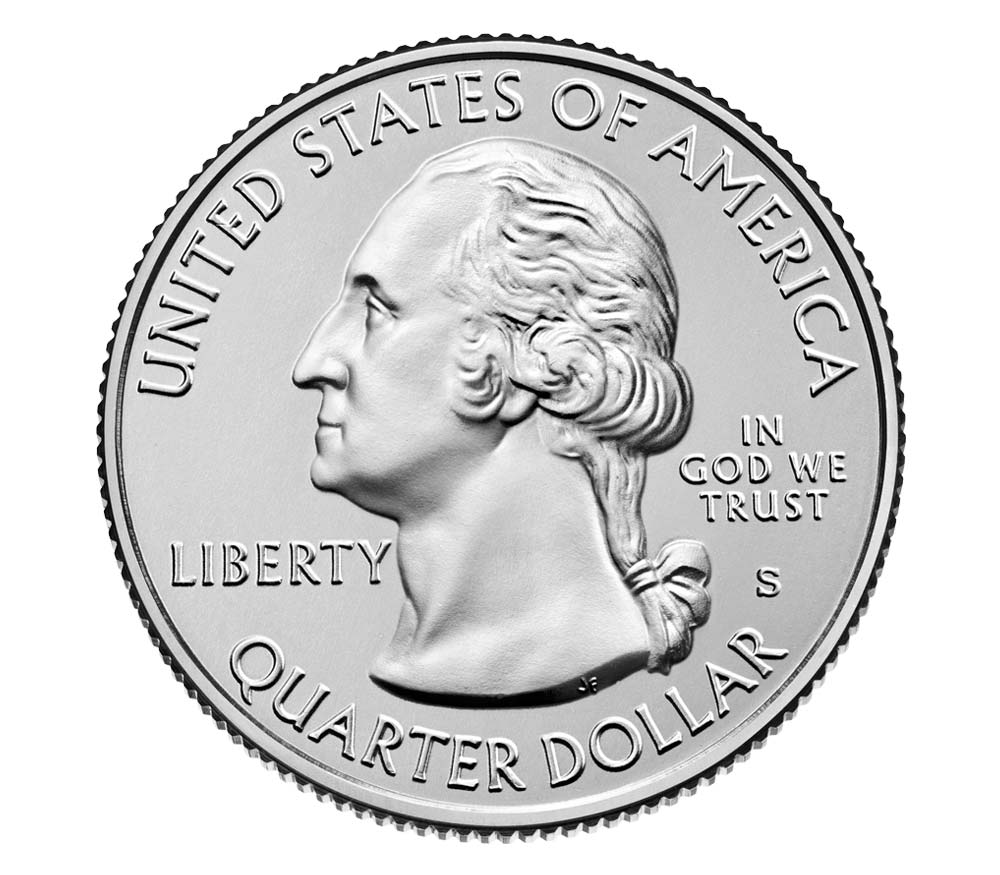 The obverse (heads) design features a restored 1932 portrait of George Washington by John Flanagan. Obverse inscriptions are UNITED STATES OF AMERICA, LIBERTY, IN GOD WE TRUST, and QUARTER DOLLAR.

The Mint accepts orders online and 1-800-USA-MINT (872-6468). Hearing and speech-impaired customers with TTY equipment may order at 1-888-321-MINT. Shipping options are available at the Mint’s website.