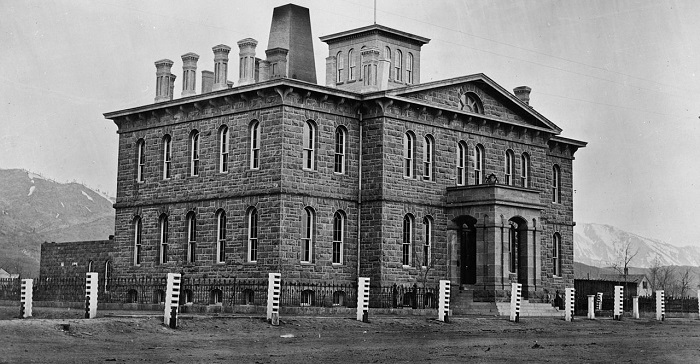 Carson City, Nevada — United States Mint Director David J. Ryder today joined officials of the state of Nevada and representatives of the Nevada State Museum to celebrate the 150th anniversary of the first coin produced at the Carson City Mint.

The Carson City Mint holds a special place in the United States Mint’s history. Some of our most beautiful coins were produced here, including the iconic Morgan silver dollar, which is still popular with collectors today. I am proud to acknowledge the people who worked here and the important role the facility played in the community.

The event kicked off with the symbolic opening of the historic front doors of the Carson City Mint and the ringing of the Mint Bell by Director Ryder. Additional highlights included the ceremonial striking of a Nevada State Museum .999 fine silver medallion on the historic Coin Press 1, which struck the first “CC” mint mark coin in 1870. A lecture program, buffet lunch reception, and cake cutting rounded out the celebration.