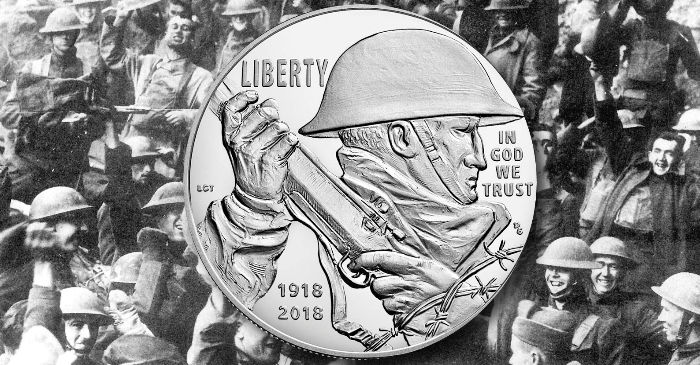 The introductory sales period ends on February 20, 2018, at 3 p.m. ET, when regular pricing takes effect. Product descriptions are below. 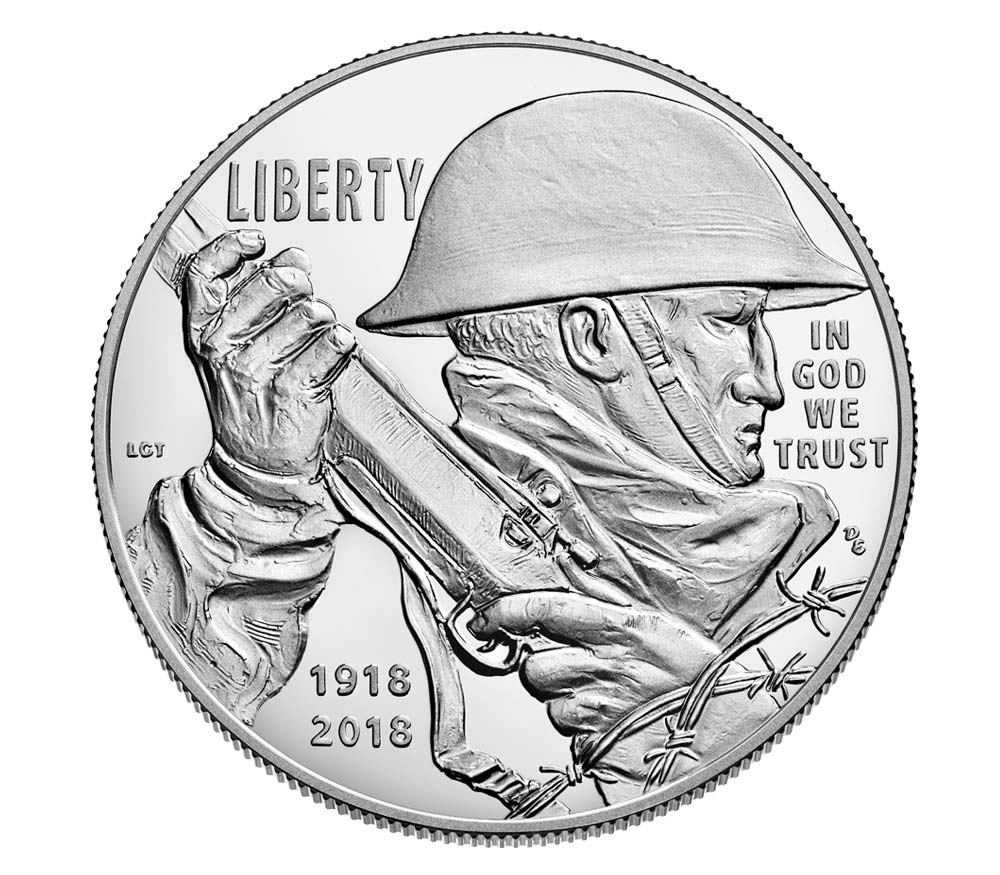 The obverse (heads), titled “Soldier’s Charge,” depicts an almost stone-like soldier gripping a rifle. Barbed wire twines are featured in the lower right-hand side of the design. Inscriptions are LIBERTY, 1918, 2018, and IN GOD WE TRUST. 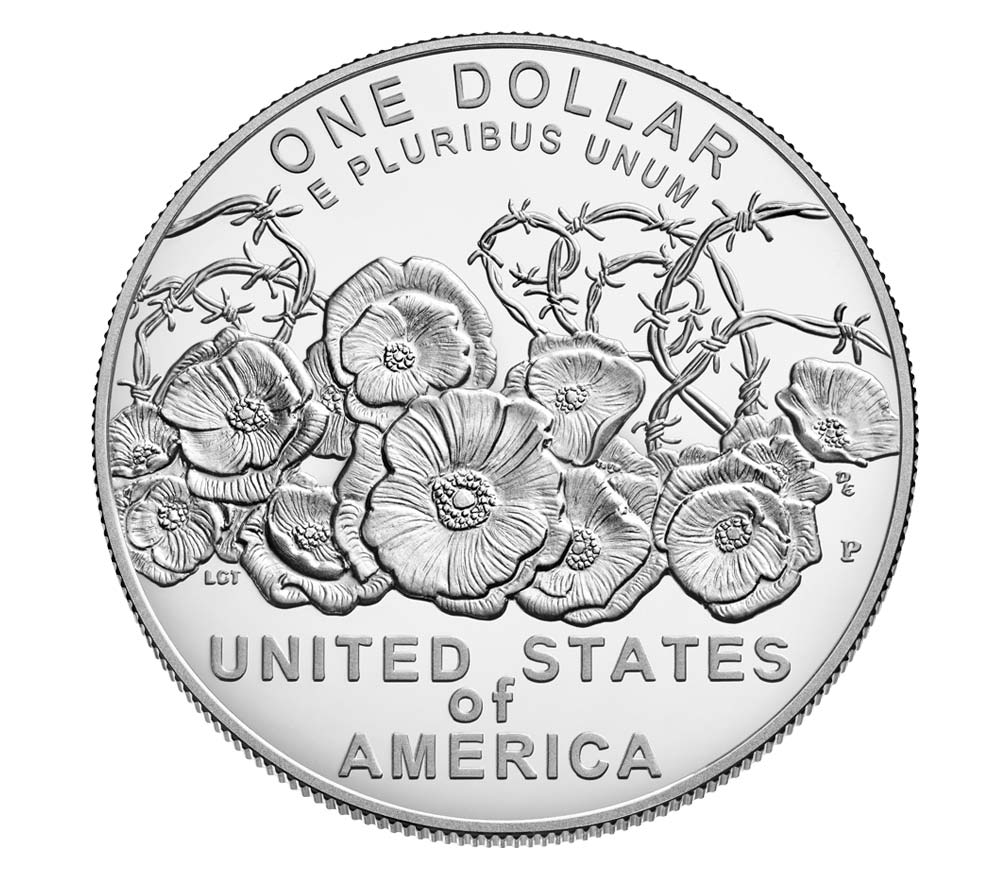 The wire design element continues onto the reverse (tails), titled “Poppies in the Wire,” which features abstract poppies mixed in with barbed wire. Inscriptions include ONE DOLLAR, E PLURIBUS UNUM, and UNITED STATES OF AMERICA.

Public Law 113-212 authorizes the bureau to mint and issue up to 350,000 silver dollar coins. Customer demand will determine the ratio of Proof to Uncirculated coins minted within the authorized mintage limits.

The price of each coin includes a $10 surcharge, which the law authorizes to be paid to the United States Foundation for the Commemoration of the World Wars, to assist the World War I Centennial Commission in commemorating the centenary of World War I.


In support of the coin program, the Mint has created special companion medals honoring each of the branches of the U.S. Armed Forces that were active during the War. Each World War I Centennial Silver Dollar and Medal Set includes a Proof silver dollar and a Proof 90 percent silver World War I Centennial Medal. The medals are available only in these sets. Medal descriptions are as follows: 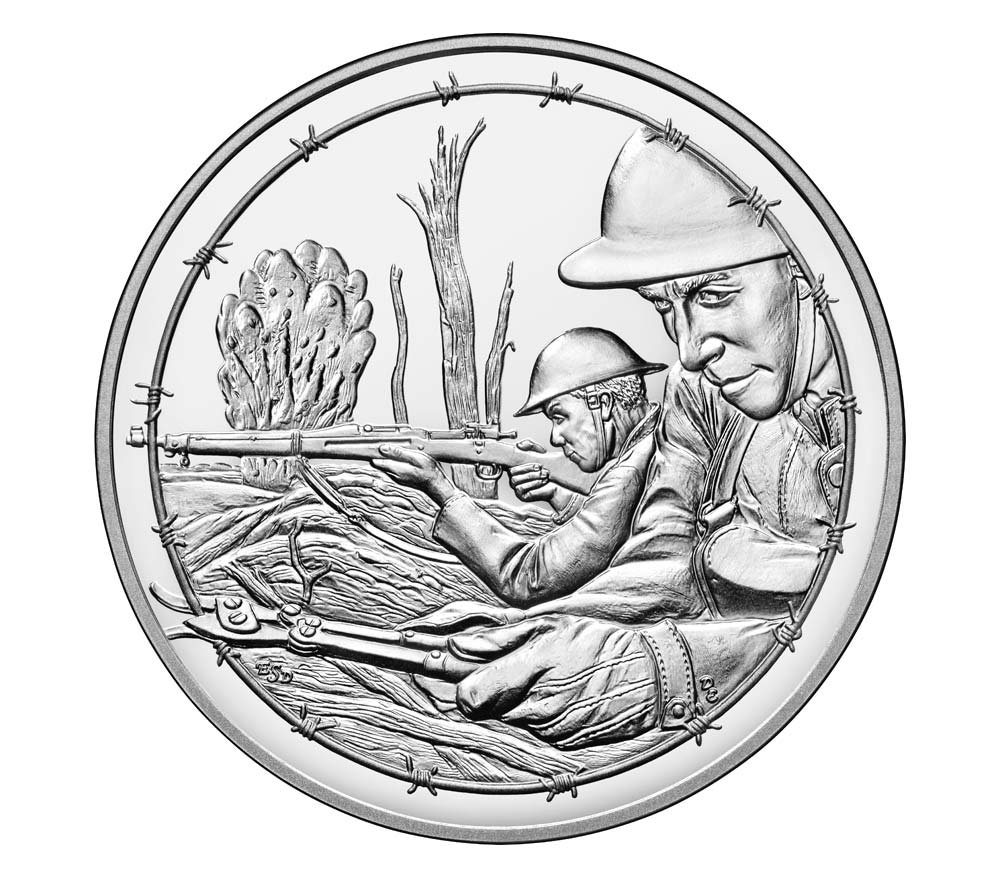 The obverse depicts a soldier cutting through German barbed wire, while a second soldier aims a rifle amid a shattered landscape of broken trees and cratered earth. A shell explodes in the distance. 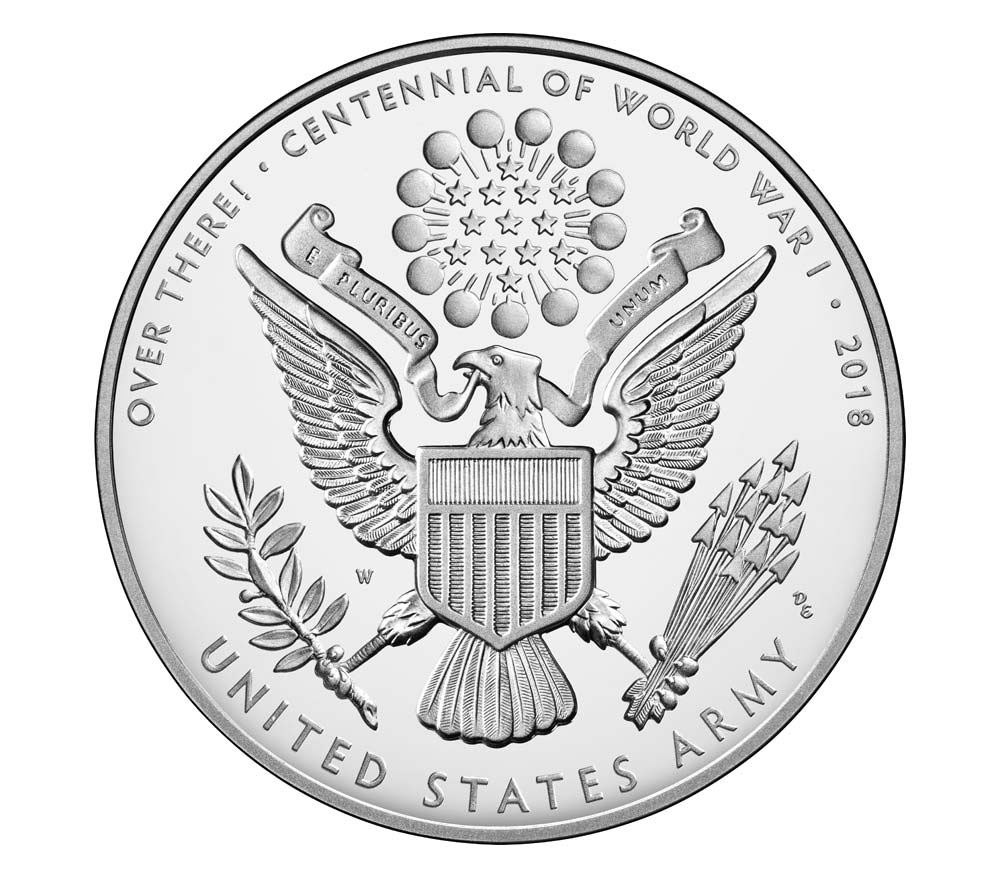 The reverse features the United States Army emblem, which was also in use during World War I, with the inscriptions OVER THERE!, CENTENNIAL OF WORLD WAR I, 2018, and UNITED STATES ARMY. 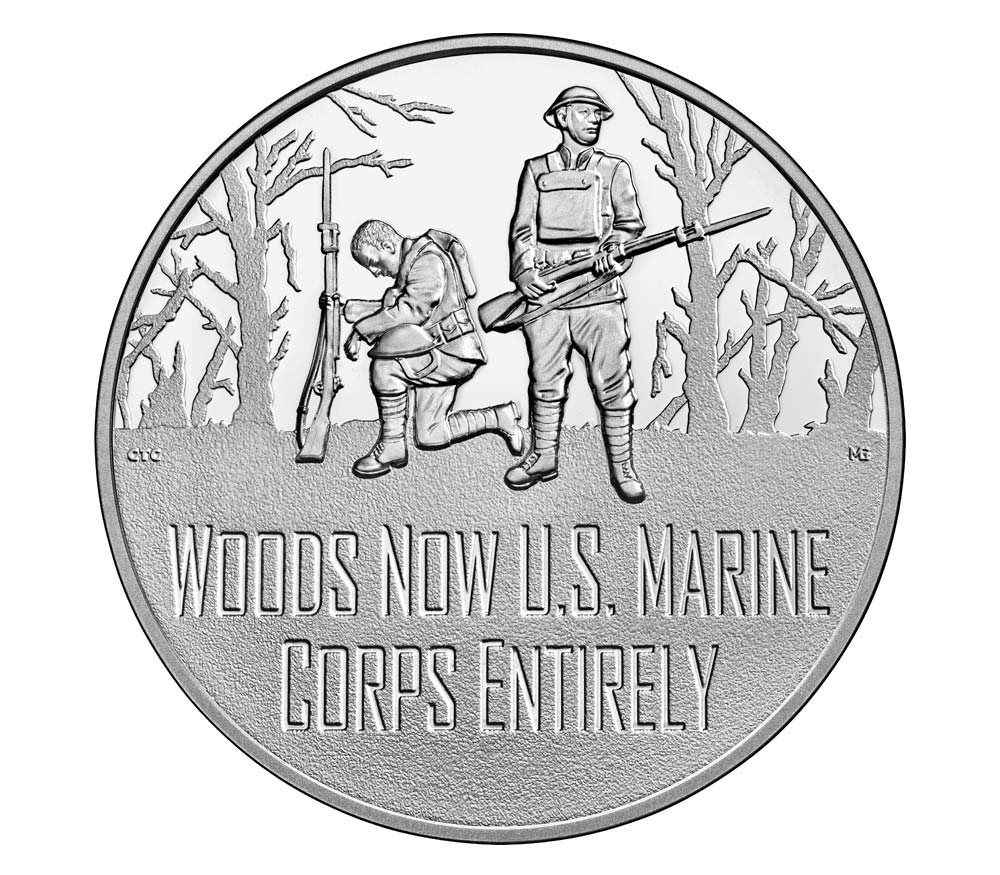 The obverse depicts the aftermath of the Battle of Belleau Wood. One Marine stands guard as the other kneels to pay respect to the fallen. The inscription quotes a report to the American Expeditionary Forces: WOODS NOW U.S. MARINE CORPS ENTIRELY. 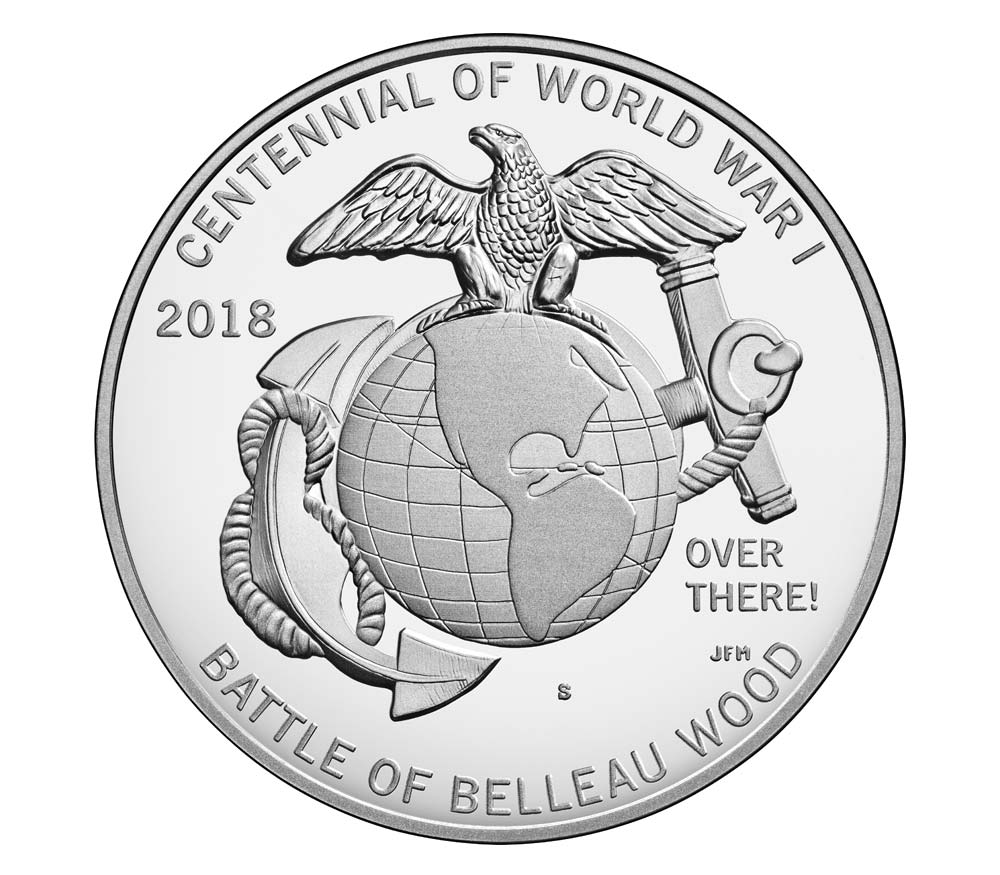 The reverse features the World War I-era version of the Eagle, Globe, and Anchor emblem with the inscriptions CENTENNIAL OF WORLD WAR I, 2018, OVER THERE!, and BATTLE OF BELLEAU WOOD. 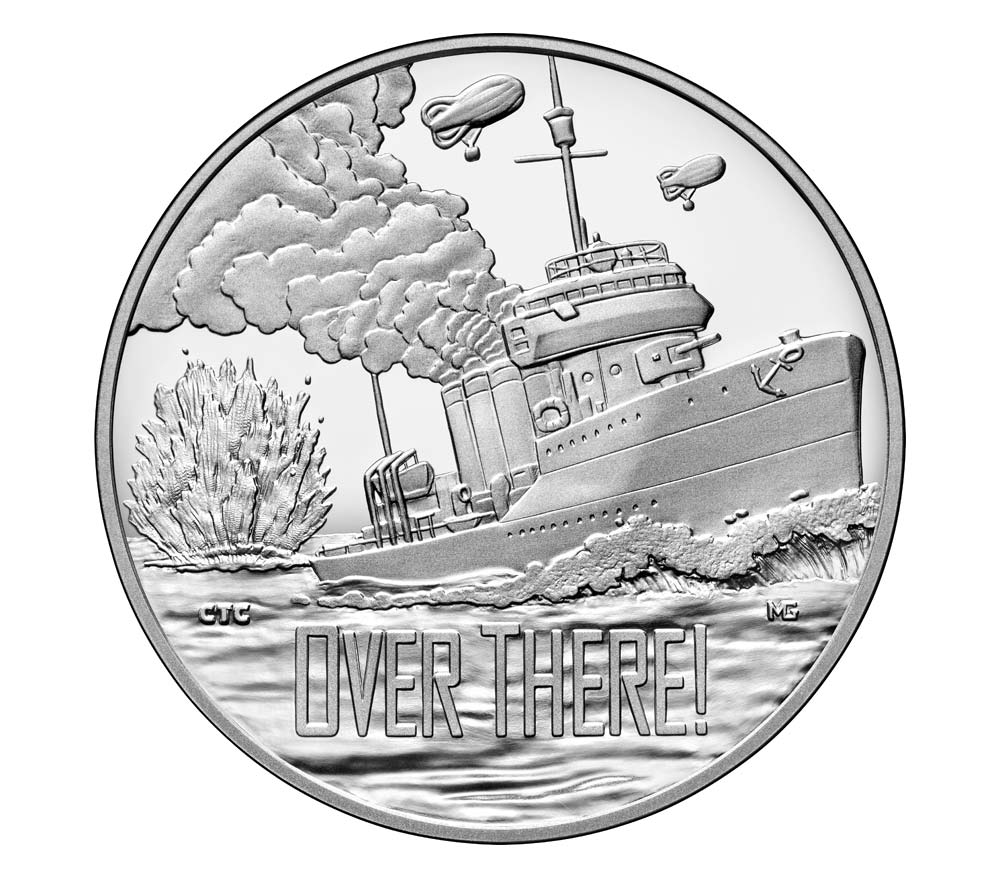 The obverse depicts a U.S. Navy destroyer on escort duty after deploying a depth charge in defense of a convoy. Above the destroyer, kite balloons provide Navy personnel a platform to spot submarines and other dangers. The inscription OVER THERE!, appears at the bottom of the design. 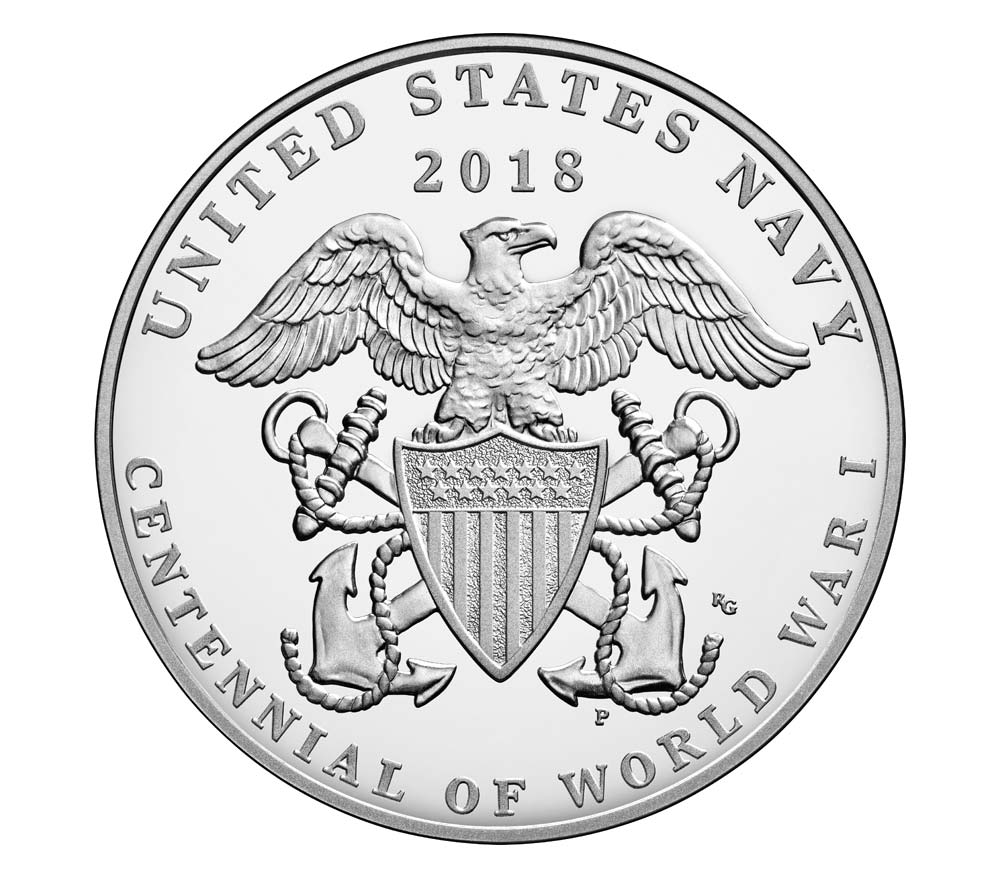 The reverse features an Officer’s Cap Device* used in World War I. Inscriptions are UNITED STATES NAVY, 2018, and CENTENNIAL OF WORLD WAR I. (*Note: An official, uniform seal of the United States Navy had not been adopted at the time of World War I.) 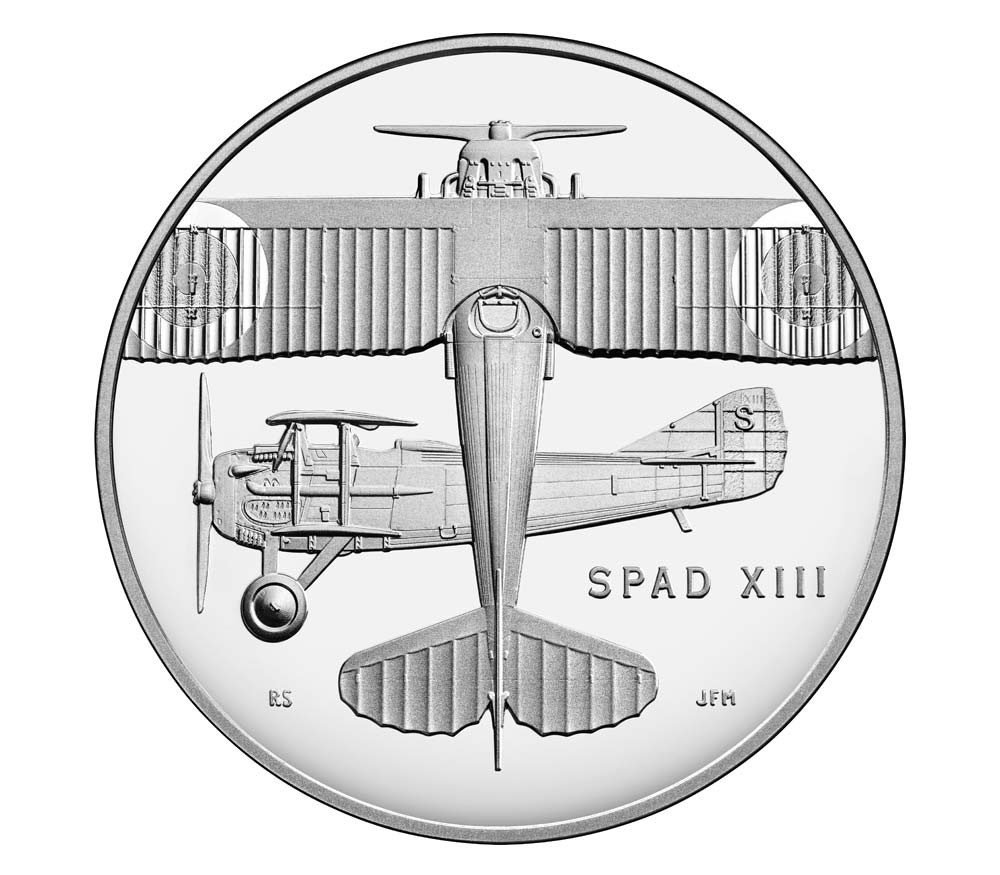 The obverse depicts the iconic SPAD XIII, a World War I fighter flown by many Americans and valued for its speed, strength, and firepower, viewed from the top and side. The inscription SPAD XIII identifies the aircraft. 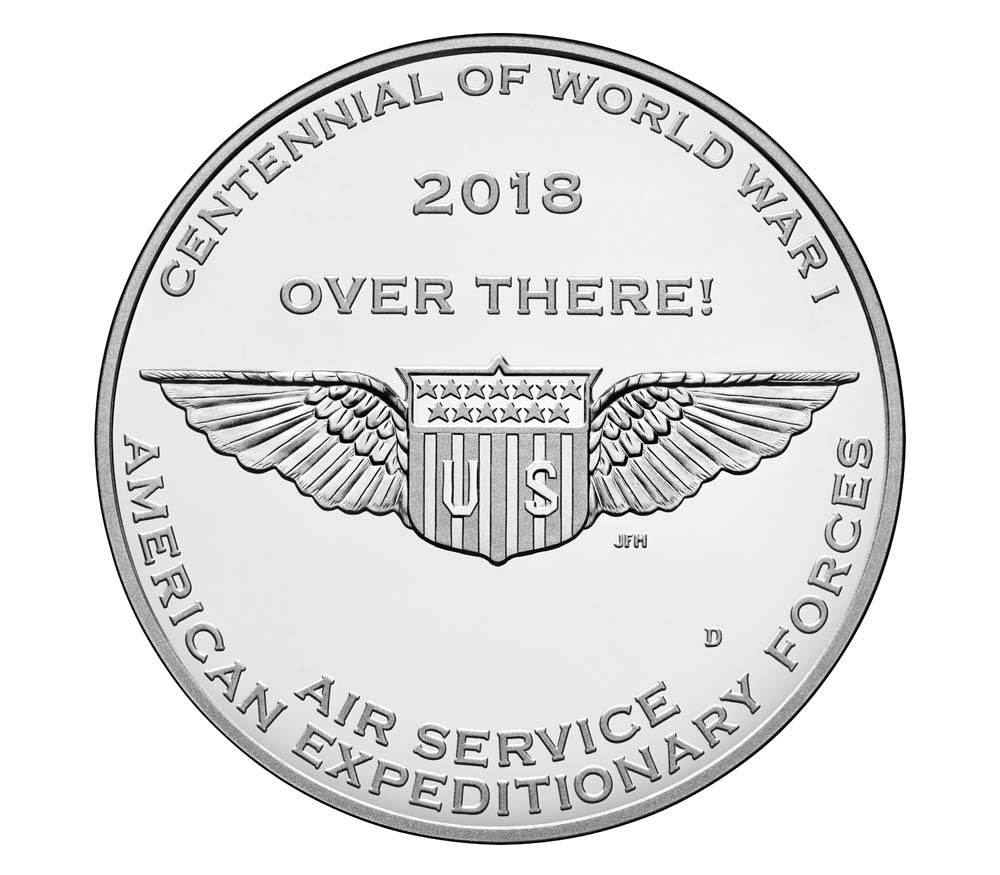 The reverse design features the Military Aviator Insignia with the inscriptions CENTENNIAL OF WORLD WAR I, 2018, OVER THERE!, AIR SERVICE, and AMERICAN EXPEDITIONARY FORCES. 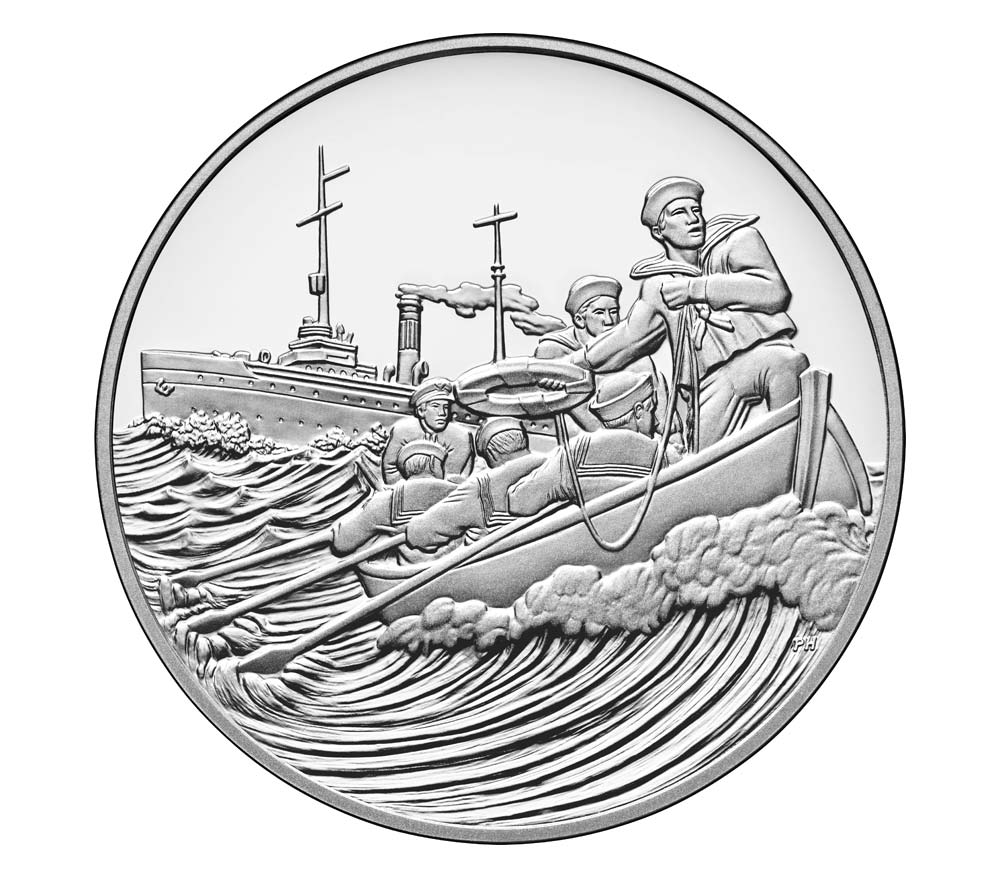 The obverse depicts a lifeboat from the Coast Guard Cutter USCGC Seneca heading out in heavy seas toward the torpedoed steamship Wellington. 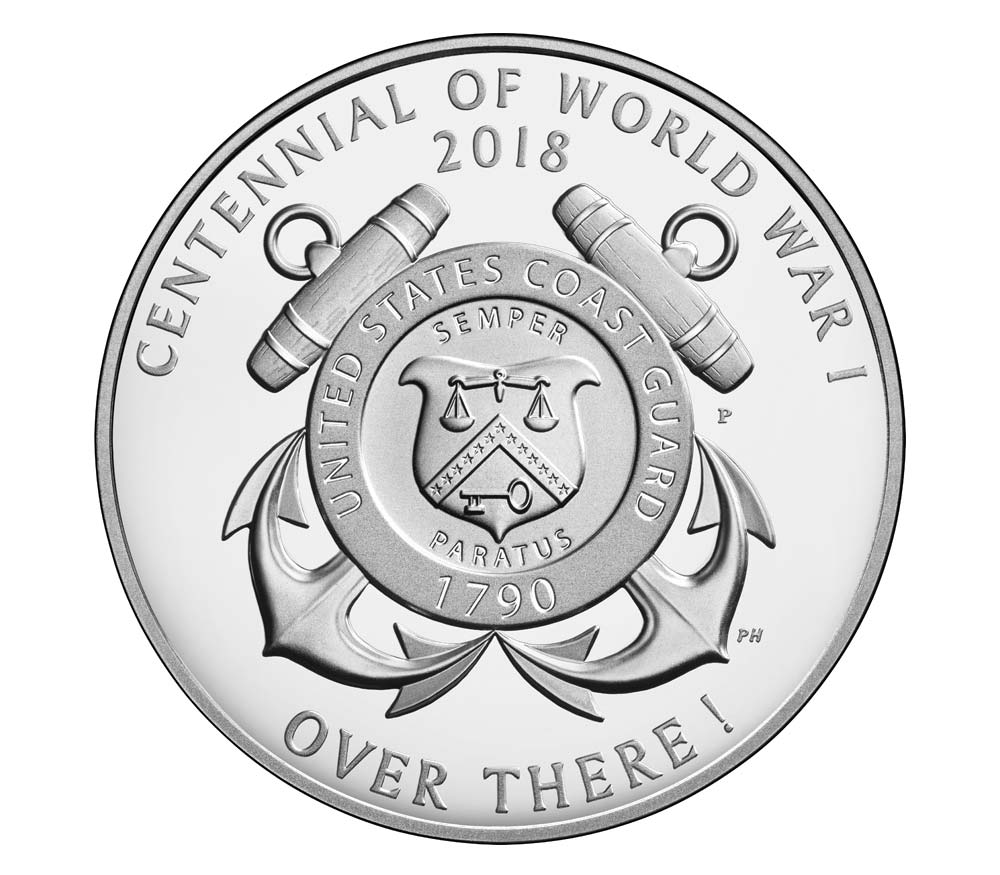 The reverse features the World War I-era Coast Guard emblem, with the inscriptions CENTENNIAL OF WORLD WAR I, 2018, and OVER THERE!

The coin and medal sets are limited to 100,000 units across all five product options and can be ordered only between noon on January 17, 2018, and 3 p.m. on February 20, unless the limit is reached prior to that date. Production will be limited to the orders received within this window. Fulfillment of these sets will begin in late May 2018.

Orders will be accepted at the Mint’s online catalog and at 1-800-USA-MINT (872-6468). Hearing- and speech-impaired customers with TTY equipment may order by calling 1-888-321-MINT (6468). Information on shipping options is available here.