The United States Mint is now accepting orders for the 2014 Annual Uncirculated Dollar Coin Set. This product, which brings together six different dollar coins, has previously been offered in 2007, 2008, 2012, and 2013. 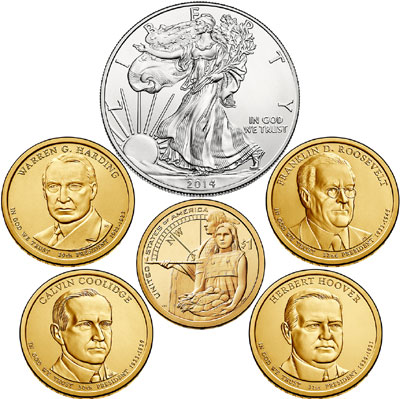 Priced at $44.95, each set contains the following uncirculated coins: 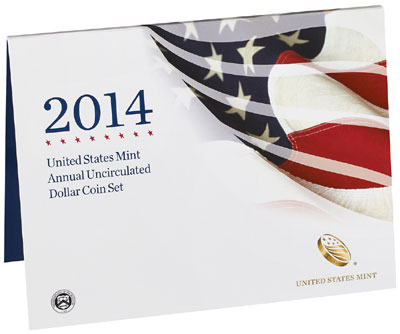 The United States Mint first offered the Annual Uncirculated Dollar Coin Set in 2007, coinciding with the first year of the Presidential Dollar Coin Program. The sets were not produced in 2009, 2010, or 2011 due to low silver blank supplies. The sets returned in 2012 featuring a new package design which continues with the 2014 release.