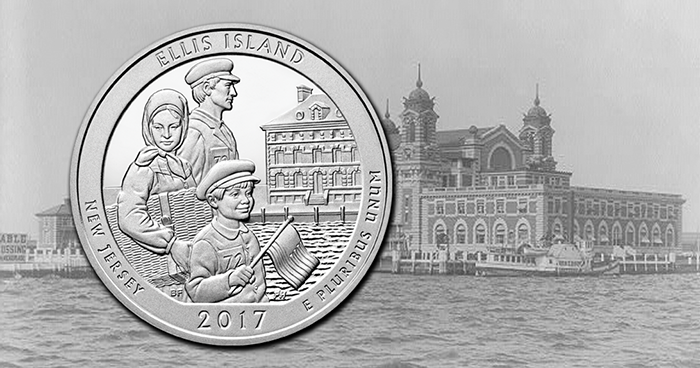 The public and the media are invited to the ceremony to mark the release of the Ellis Island quarter, the 39th coin in the United States Mint’s America the Beautiful Quarters Program. The event, which will take place Wednesday, Aug. 30, 2017, at 11 a.m (Eastern), includes a coin exchange of $10 rolls of newly minted Ellis Island quarters after the ceremony. Barbara Fox, designer of the quarter’s reverse, will be available for interviews before the ceremony. The following will be present at the event:

After the ceremony, the Mint will host a coin forum at 12:30 p.m. at the same location. The coin forum is an opportunity for the public to learn about upcoming coin programs and initiatives, and to express their views about future coinage.

The United States Mint America the Beautiful Quarters Program is a 12-year initiative that honors 56 national parks and other national sites authorized by Public Law 110-456. Each year, the public will see five new national sites depicted on the reverses of the ATB quarters. The Mint is issuing these quarters in the order in which the national sites were officially established.