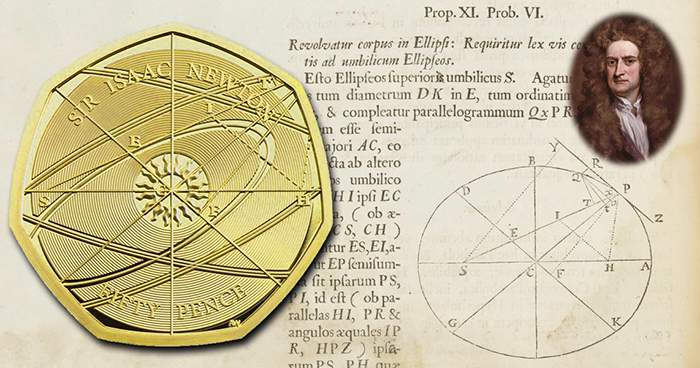 The Royal Mint have launched (4th September) the precious-metal versions of their tribute to the genius of Sir Isaac Newton on the 375th anniversary of his birth. Sir Isaac Newton (1642–1727) was the most significant figure of the Scientific Revolution of the 17th century. His legacy shaped our understanding of mathematics and physics and helped define the modern world. However, many remain unaware that he had very close ties with the Royal Mint, since he was appointed the master of the Royal Mint while they operated within the Tower of London for nearly three decades. His meticulous report of 1717, commonly known as The Valuation of the Guinea, was pivotal in establishing gold coin as the pre-eminent currency of the United Kingdom. It suggested the establishment of the gold guinea’s value at 21 shillings, which paved the way for the introduction of the gold standard a century later.

When he was appointed warden of the Mint in 1696, at the age of 53, Newton was already a world-renowned scientist. His greatest achievement included the invention of calculus, the “mathematics of change” that enables us to understand the behaviour of objects as tiny as electrons or as large as galaxies. His Mathematical Principles of Natural Philosophy, published in 1687, is the single most influential book on physics ever written.

As the leading light of a new generation of scientists, Newton focused on the search for general laws and mathematically exact data. He brought his pursuit of precision to his role at the Royal Mint and much of his work had a far-reaching effect on our coinage and the British economy. 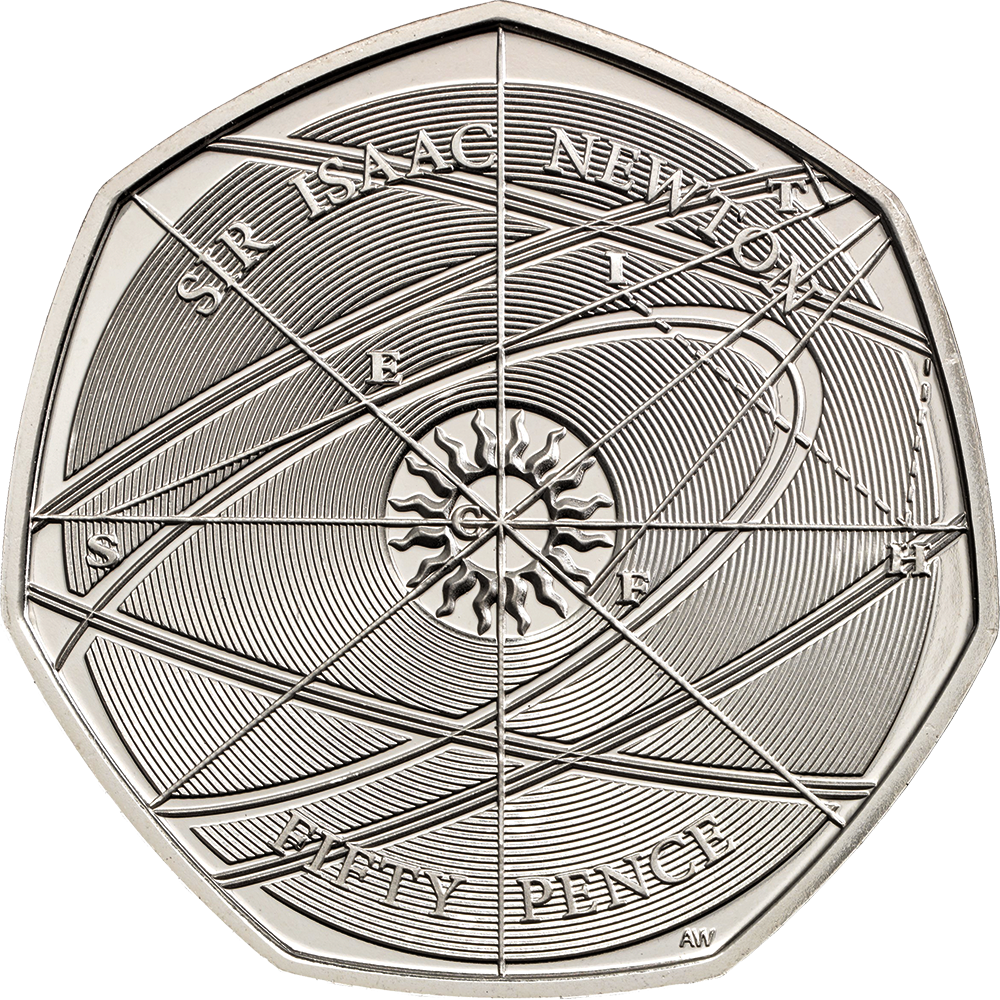 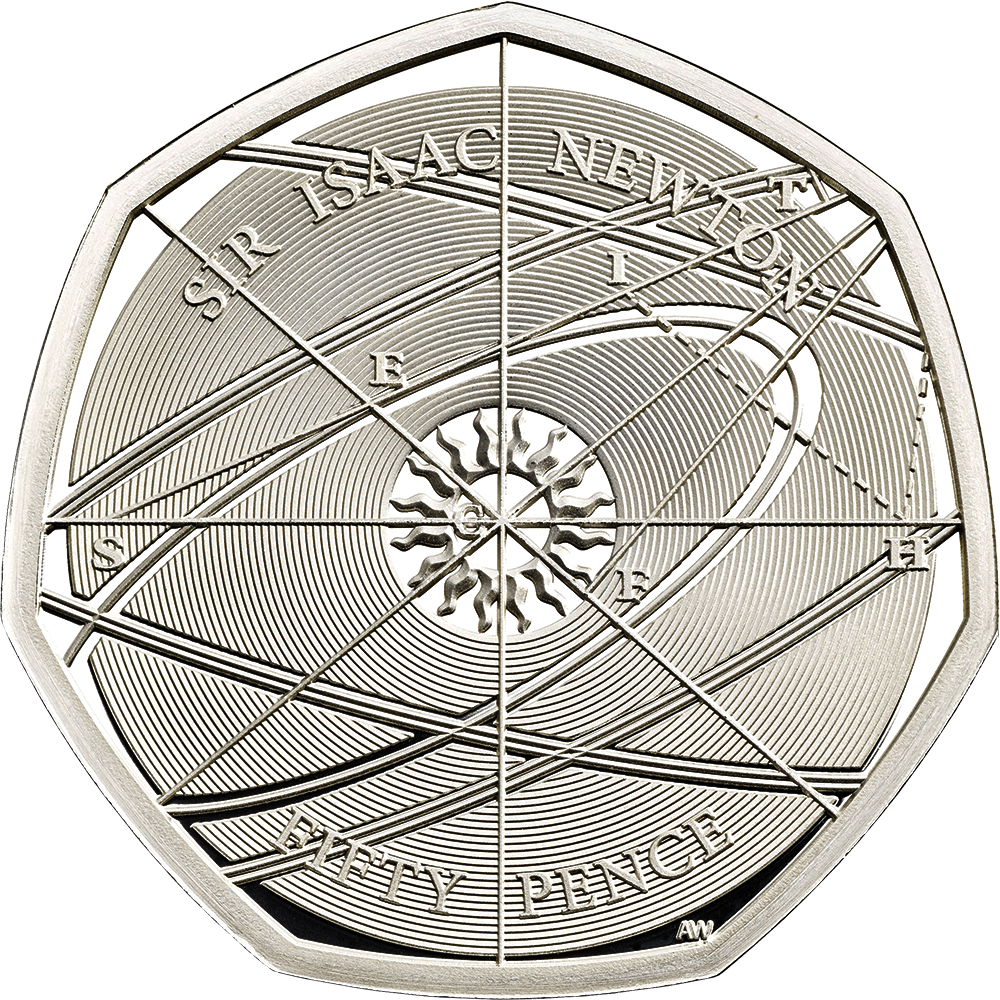 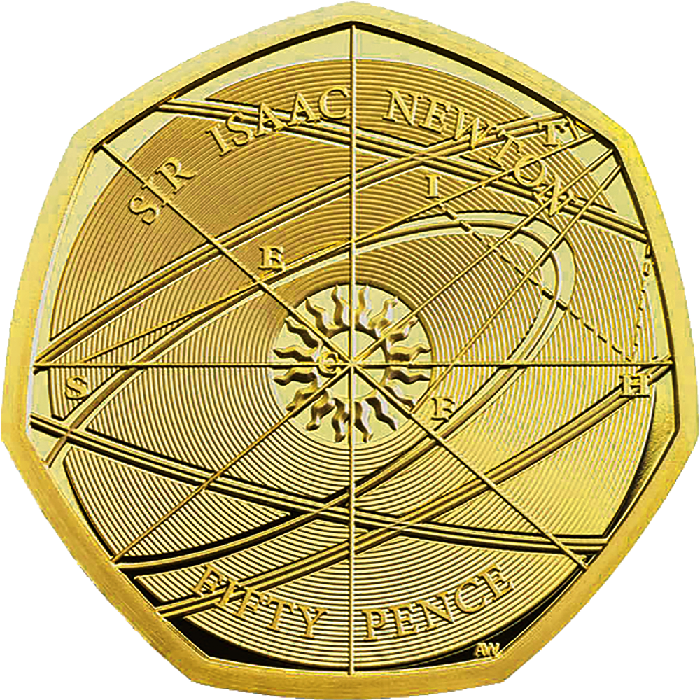 The coin is designed by Aaron West, who is a member of the Royal Mint’s team of graphic designers. This is Aaron’s second commemorative United Kingdom coin design, following the Great Fire of London 2016 UK £2 coin commemorating the blaze that destroyed the city 350 years previously. His design is based upon elements of Proposition 11, in Book One of Newton’s Principia Mathematica. 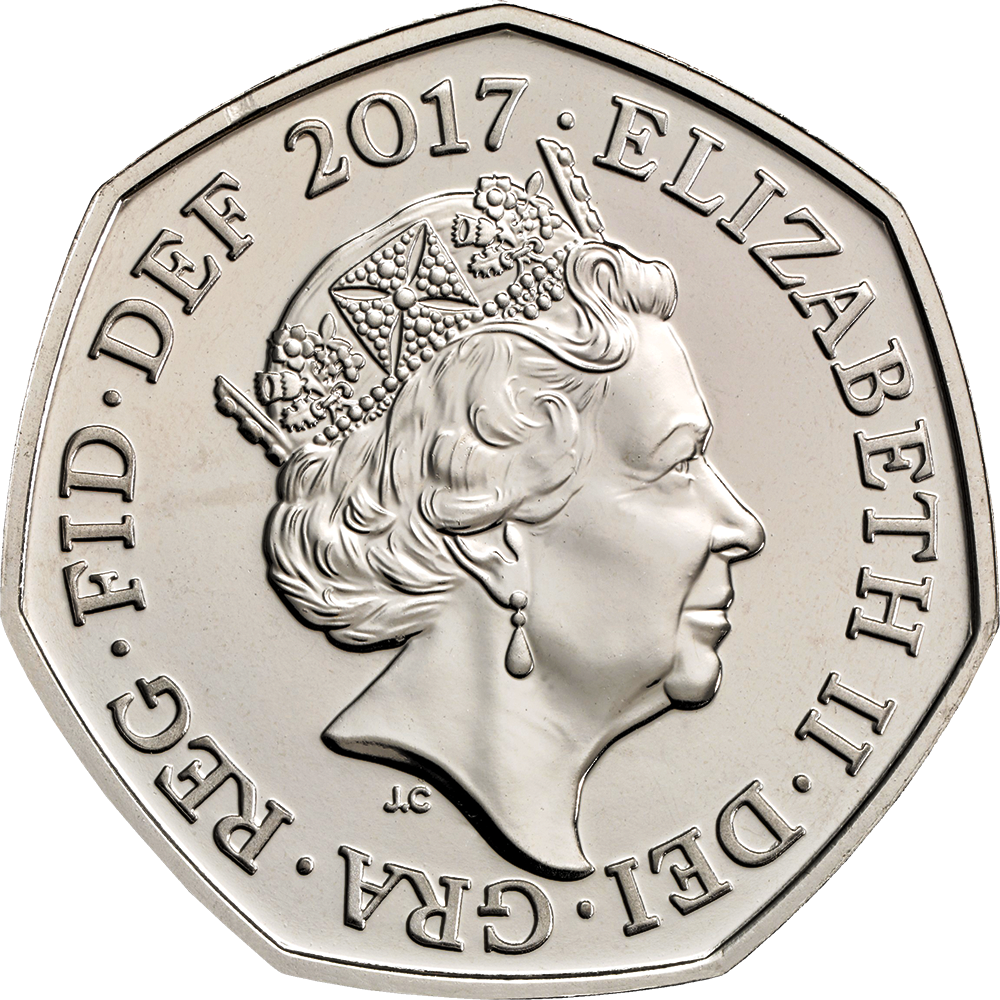 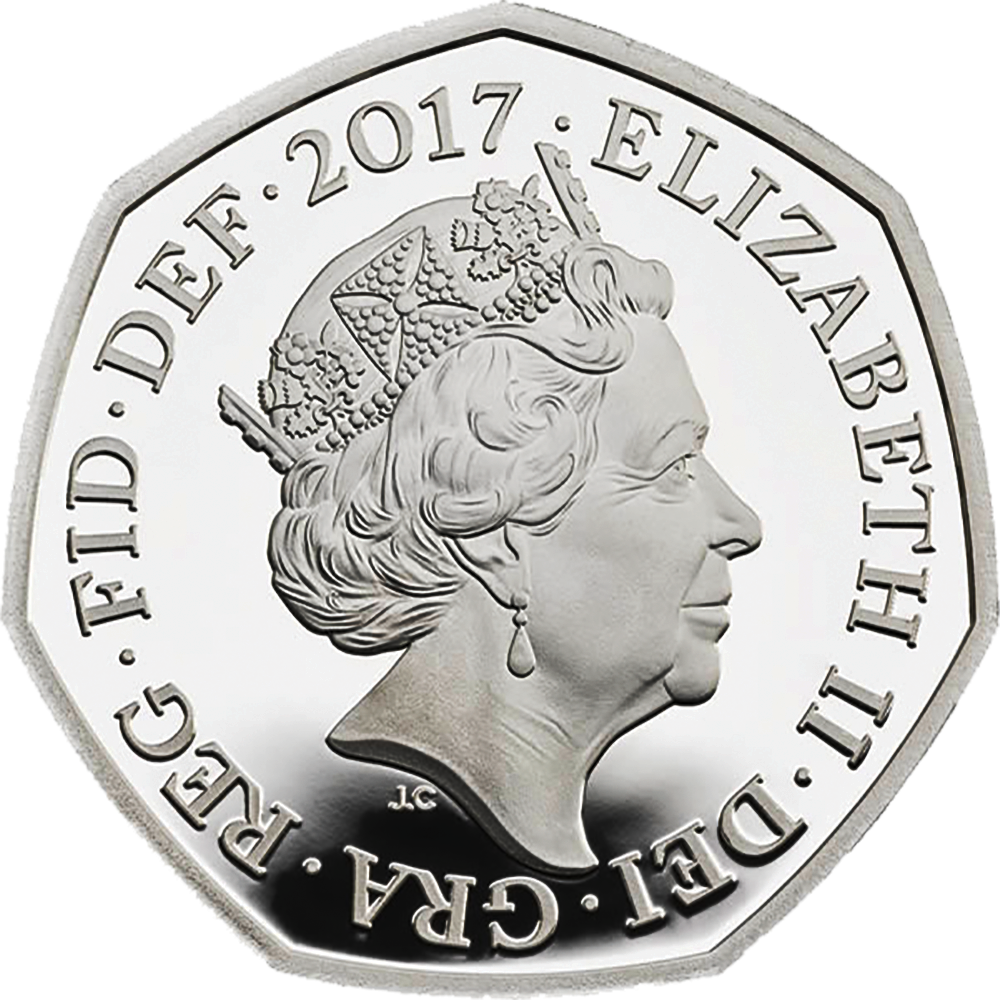 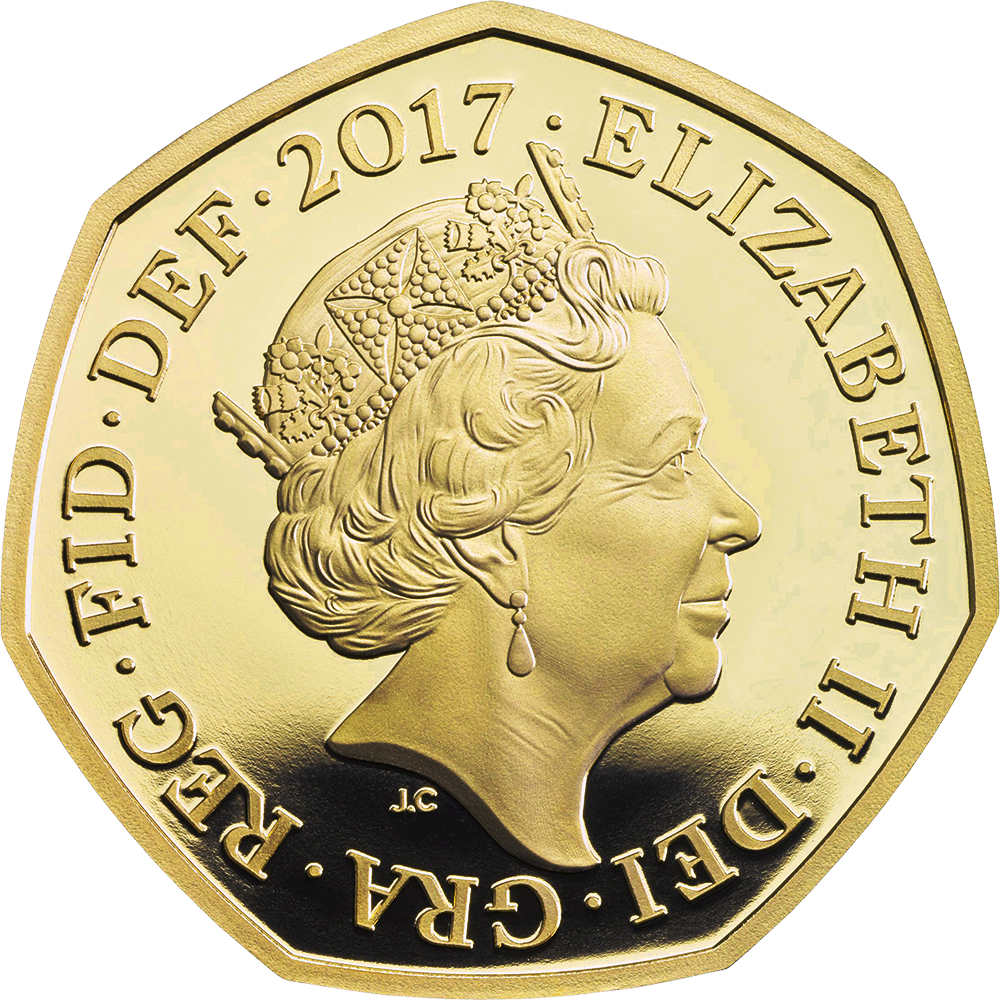 The obverse depicts HM Queen Elizabeth II, designed by Royal Mint engraver Jody Clark. This is the Queen’s fifth effigy seen on British coinage which was introduced in 2015. 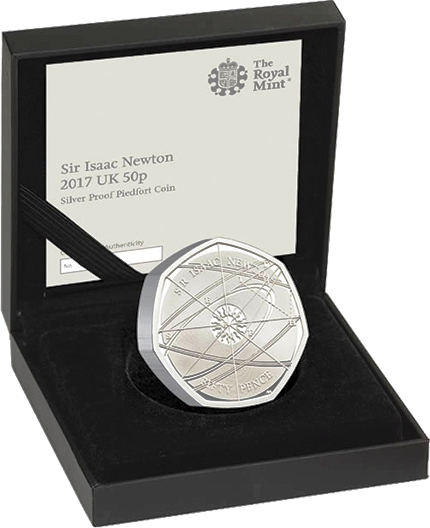 The coin’s official issue is being greatly anticipated by members of the public due to its appeal and eye-catching design. For additional information on this and other coins retailed by the Royal Mint, please visit their website.