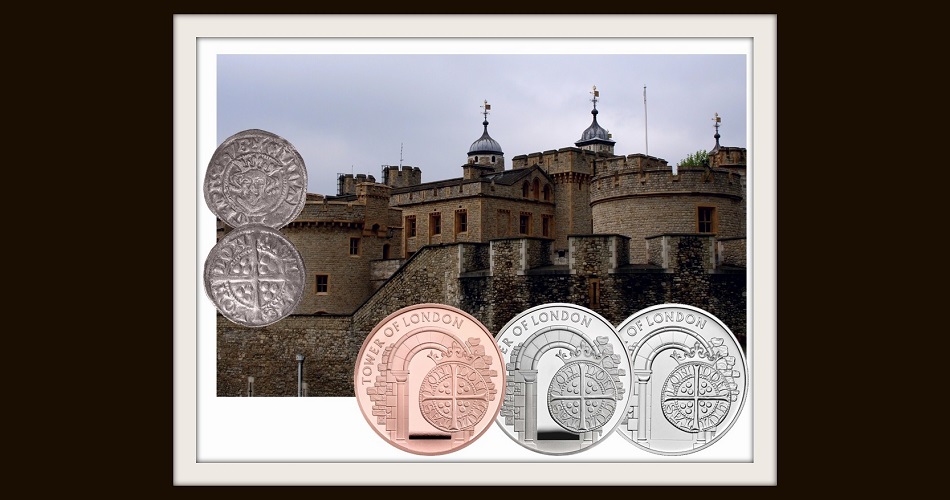 The Royal Mint has unveiled a special £5 coin in commemoration of itself, and it is the first time this kind of coin has been minted in its 1,100 year history telling the story of Britain’s coinage. The coins were created in collaboration with Historic Royal Palaces. This is the third in a collection of four commemorative Tower of London coins documenting the iconic landmark’s history. The Royal Mint is the original minter of English (later British) coins and can trace its history back to the time of Alfred the Great.

Designed by heraldic artist Timothy Noad, the Royal Mint coin design pays tribute to these origins. It features the image of an Edward I (reigned 1272–1307) silver penny — one of the first coins struck at the Tower — set against a Norman arched window from the White Tower.

The reverse design features a special Tower mint mark, which can also be found on the other coins within The Tower of London collection.

Each Brilliant Uncirculated cupro-nickel crown is presented in a colourful folder, which includes images and informative text about the Tower of London, the Edward I silver penny, and its history.

The gold Proof quality coins are presented in polished hardwood cases, accompanied by a certificate of authenticity. For additional information about these coins and others available from the Royal Mint, please visit their website.