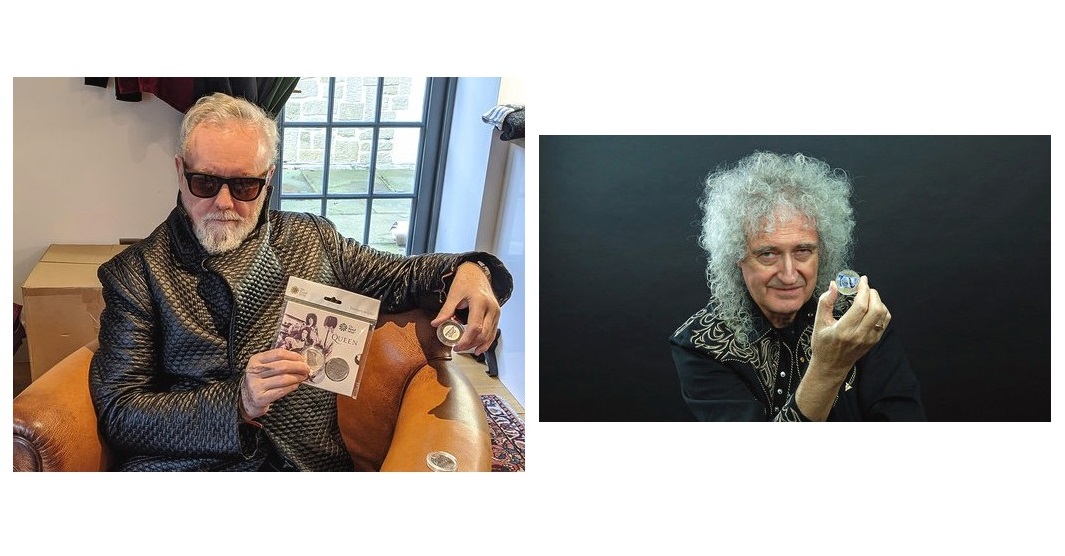 The Royal Mint has launched (20th January) a new collector coin series entitled “Music Legends,” which honours some of the world’s best and most admired music whose origins stem from the United Kingdom. Launching this groundbreaking series is the iconic band, Queen, which is the first time that a British band has been celebrated on British coinage.

Chris’s design commemorates all four members of Queen, in recognition of their contributions to the band’s success. This is achieved with the portrayal of each member’s instrument, with the Bechstein grand piano — which Freddie Mercury played for Bohemian Rhapsody — featured at the top of the coin. The group’s logo is placed at the centre of the design and is underscored by the singer’s signature mic stick. Brian May’s “Red Special” guitar — which he still plays using an old sixpence to give his unique sound — also features alongside John Deacon’s Fender Precision Bass. Finally, Roger Taylor’s Ludwig bass drum is decorated with the Queen crest, as it appeared in the band’s early days.

The obverse side of all options includes the fifth numismatic effigy of HM Queen Elizabeth II, created by Royal Mint engraver Jody Clark, that was introduced onto British coinage in 2015. The edge lettering on the £2 Proof crown reads MERCURY ● MAY ● TAYLOR ● DEACON ●.

The Brilliant Uncirculated coin will also be available in limited numbers in three exclusive packs that include a poster and will only be available to purchase from the Royal Mint.

The gold examples are presented in custom-polished black ebony cases and are accompanied by numbered certificates of authenticity. For additional information about these coins and others available from the Royal Mint, please visit their website.

These are the first in an exciting new series and collaboration celebrating innovation and success of British music that was brought together and facilitated by, Bravado, Universal Music Group’s leading merchandise and brand management company. The commemorative coins are available in gold Proof, silver Proof, and Brilliant Uncirculated options.