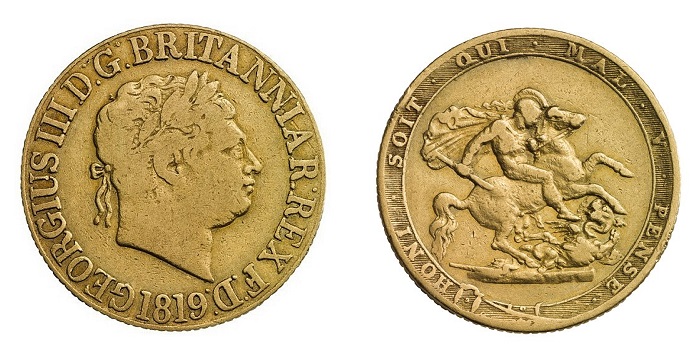 The Royal Mint has announced that after having acquired an exceedingly rare British gold sovereign coin, they will make it available to an interested collector by ballot. 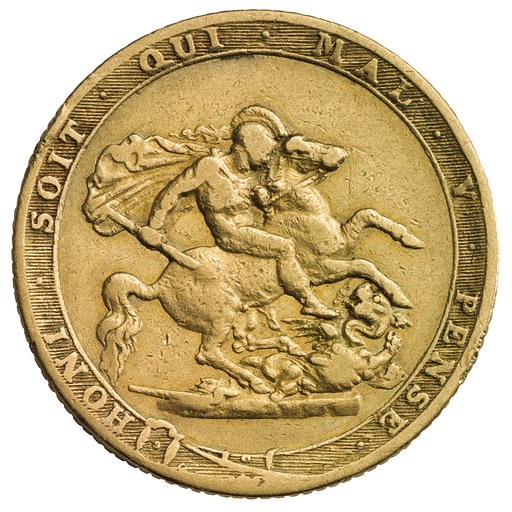 The coin in question, an 1819-dated George III sovereign, was first minted just two years after the initial issue of the country’s first gold coins since the great re-coinage of 1816, which saw the removal of gold guineas of 21 shillings and the introduction gold sovereigns of 20 shillings. The coin is one of just 3,574 sovereigns to be struck that year and depicts an effigy of King George III created by Benedetto Pistrucci, then the chief engraver at the Royal Mint. The reverse design, also created by Pistrucci, is the now-iconic depiction of St. George on horseback slaying the dragon. This design has become a firm favourite with collectors since its introduction, and on the sovereigns issued during the reign of George III. The design is surrounded by the order of the Garter and an inscription which reads HONI SOIT QUI MAL Y PENSE (“Shame be to him who thinks evil of it”). 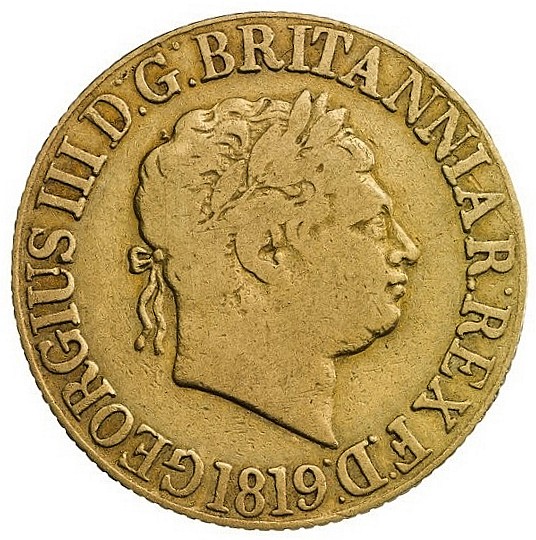 This particular coin has been graded by the Royal Mint’s historic coin experts as “Good Fine” and is believed to be one of perhaps only 10 such sovereigns known to exist in the world. After 155 years of mystery, when the coin’s location was unknown, the sovereign reappeared in 1974 when the London Evening Standard reported that dealer B.A. Seaby had been offered an 1819 sovereign for sale. 40 years later, the same 1819 sovereign was acquired by the Royal Mint to present for sale. The highest grade 1819 sovereign known to exist achieved a price of £186,000 at auction in 2013. Now one of the finest of those rare coins is being sold by ballot for a fixed price of £100,000 (U.S. $127,000) to reflect its rarity and high quality.

Interested collectors will need to apply to be included into the ballot online before 28th June 2019, with the actual sale commencing on the 12th July 2019. The sovereign will be on display in the Royal Mint Experience visitor’s centre from 10th June 2019. To register or discover more, please click here or contact the Royal Mint historic coin experts on 0800 03 22 153 for those calling from the UK.