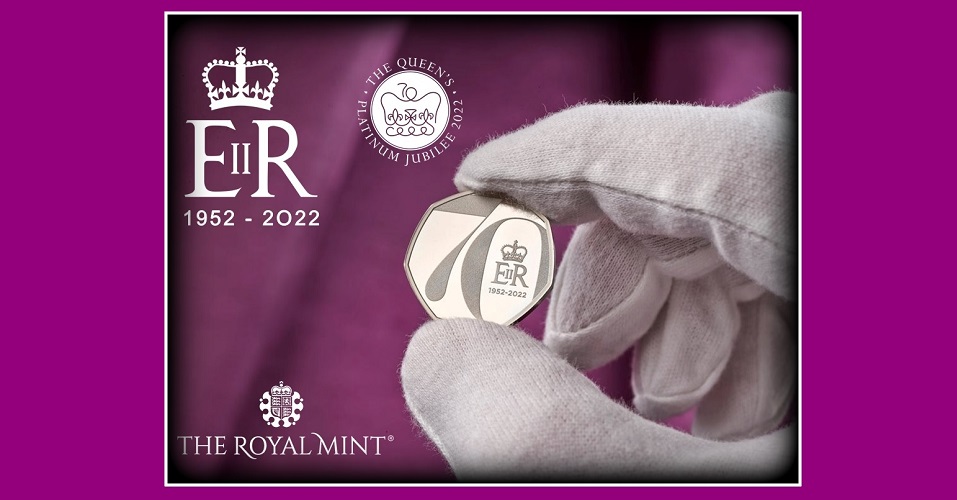 The Royal Mint has unveiled the first commemorative coin, which will be issued in celebration of the 70th anniversary of the reign, or Platinum Jubilee, of HM Queen Elizabeth II. Launched exactly 70 days from the actual day of the Queen’s accession to the British throne, which occurred on the 6th February 1952, the Queen will be the first-ever English, Scottish, or British sovereign to reach this milestone anniversary.

Another first will be that this new commemorative coin is the first time the denomination of 50 pence will be issued to celebrate a royal occasion or anniversary. In 1977, The Queen’s Silver Jubilee was celebrated with a coin of 25 new pence, or crown, which became the prime memento of the occasion. In 2002, a crown coin of £5 was released in celebration of the Queen’s Golden Jubilee and again in 2012, a £5 crown was struck to mark the Queen’s Diamond Jubilee.

The Queen and the Royal Mint have a long and special relationship that spans almost as long as her own life. Her very first visit occurred in 1937 when the 11-year-old Princess Elizabeth accompanied her grandmother Queen Mary and seven-year-old sister Princess Margaret to see the new coins with her father’s effigy being struck. Since then, the Queen has made several official visits to the Royal Mint, one particular visit was in December 1968 on the occasion of inaugurating the Mint’s new premises in Llantrisant, Wales, in time to produce new decimal coinage. Another visit occurred in 1997 when Her Majesty, along with the Duke of Edinburgh, came to the Mint on the occasion of their 50th wedding anniversary to inspect the commemorative coins struck to mark their special day. 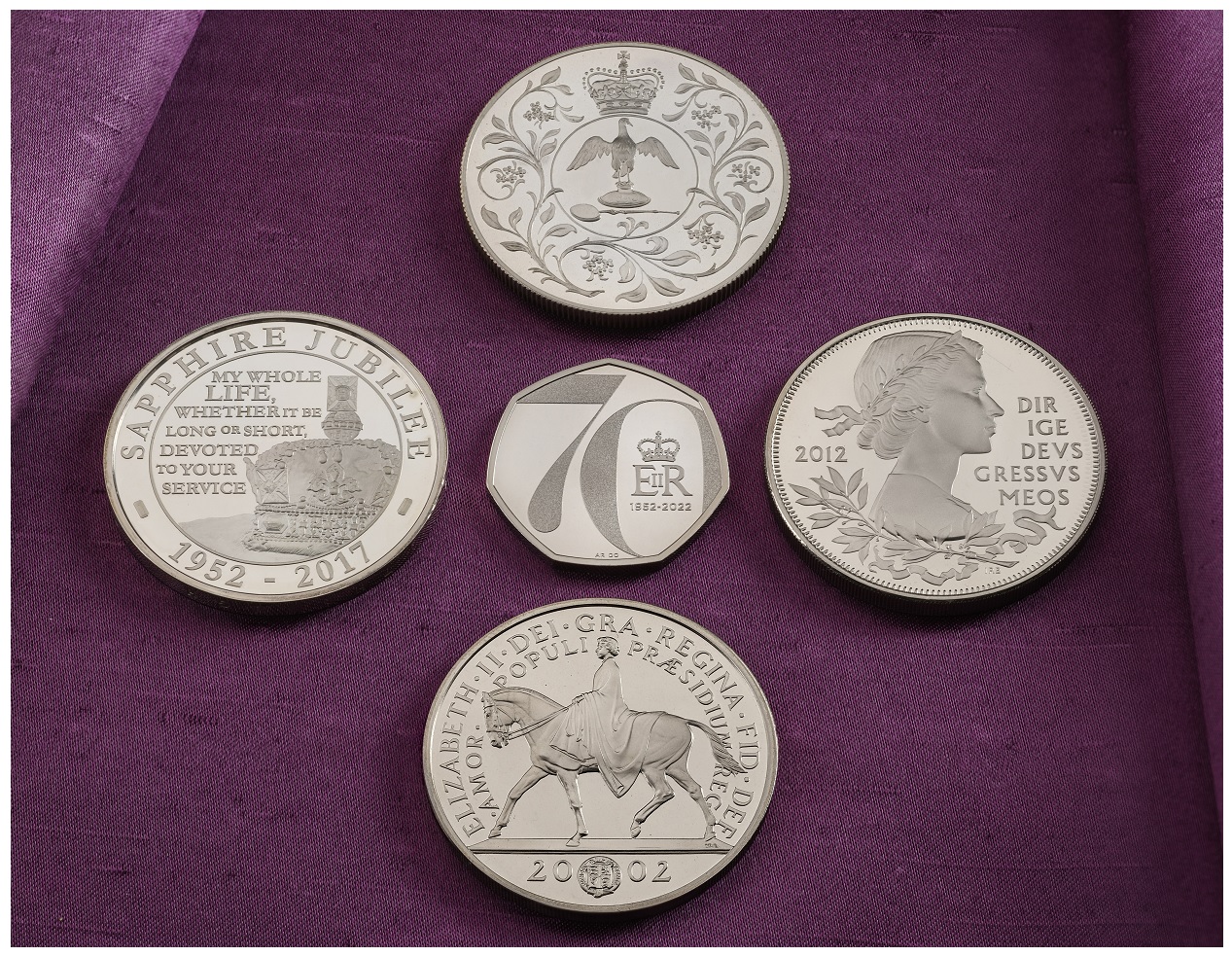 The design on the reverse side of the unique seven-sided coins, which has been personally approved by the Queen and is the work of Osborne Ross, features the numeral 70 and depicts the Queen’s cypher framed within the digit 0. At the heart of the design are the years 1952 and 2022, which represent the length of the Queen’s reign. Specially commissioned for these and other coins planned for release next year will include a new commemorative obverse effigy that will be unveiled at the beginning of 2022.

The celebratory year will include two more beautiful decorative designs, including a crowned depiction of the royal arms accompanied by the commemorative years 1952 and 2022. Another regal design will appear on a number of the premium coins in the collection and will include a crowned depiction of the Queen’s royal cypher surrounded by the floral emblems of the four constituent realms of the United Kingdom. These coins will also feature the new Platinum Jubilee effigy of Her Majesty on the obverse.

The 50-pence commemorative coins are expected to be released by the beginning of next year, collectors can register their interest in the new range of commemorative and collector coins by visiting the Royal Mint’s website.