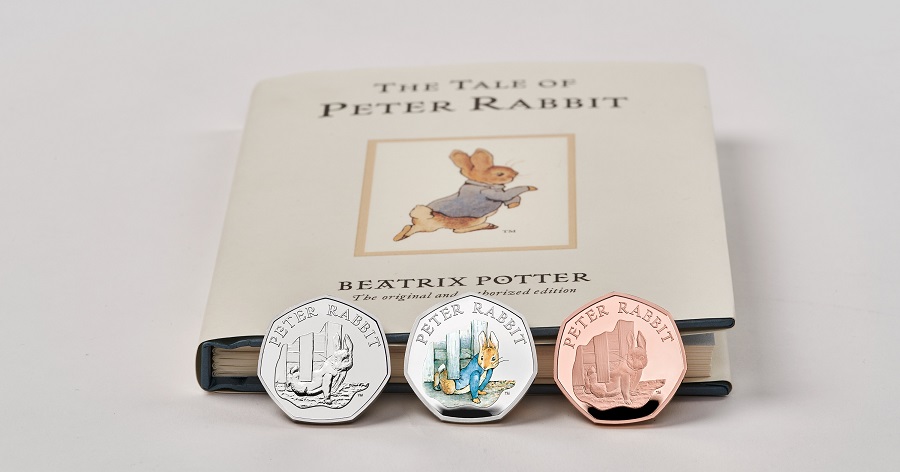 First introduced onto United Kingdom coinage in 2016, the collector coins were issued in celebration of the 150th anniversary of Beatrix Potter’s children’s tale that first appeared in the publication. The animated rabbit was the first literary character to appear on British legal tender currency. Peter, along with his numerous friends have since appeared on British coins in 2017, 2018, and 2019. 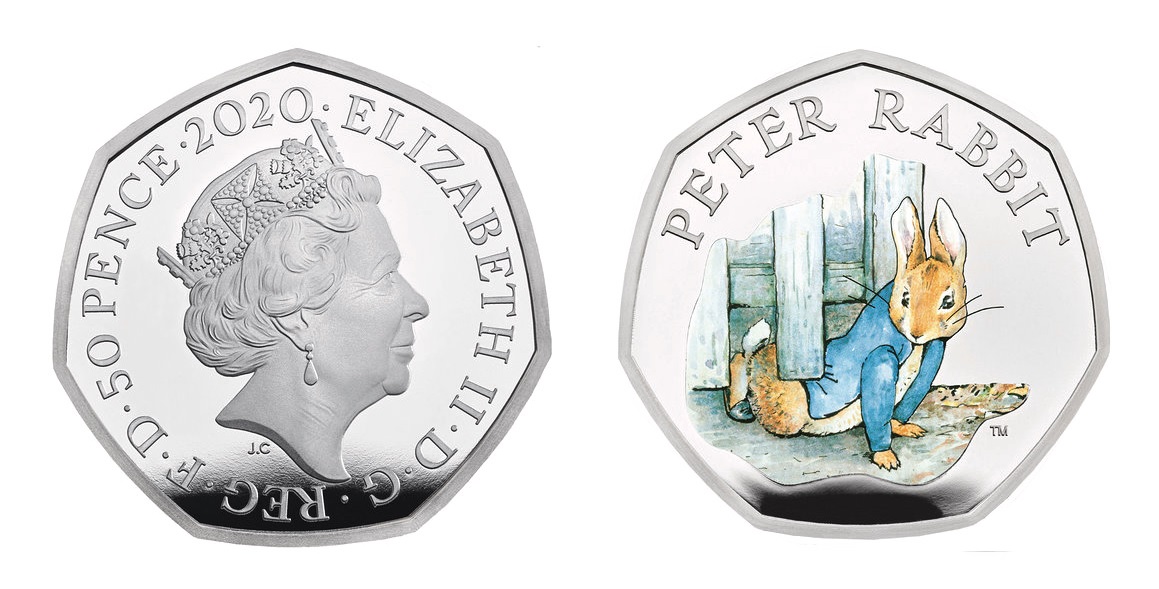 The new 2020 design, developed in collaboration with Penguin Ventures, on behalf of Frederick Warne & Co. Ltd, Beatrix Potter’s original publisher, depicts the famously cheeky rabbit in his trademark blue jacket sneaking under the gate in search of lettuces. The masterful, hand-painted style of Beatrix Potter’s original illustration has been carefully engraved by the Royal Mint’s coin designer, Emma Noble, to immortalise the mischievous rabbit on the 2020 version of the coin. The silver Proof strikes are also produced with vivid and detailed colour on the reverse to enhance the design further. In addition to previous Beatrix Potter collections, Emma has previously designed coins commemorating the 60th anniversary of the Queen’s coronation, Remembrance Sunday, and King George I.

Each seven-sided coin includes the fifth effigy of HM Queen Elizabeth II created by Royal Mint engraver Jody Clark, which was introduced onto all British circulation and many commemorative coins in 2015. 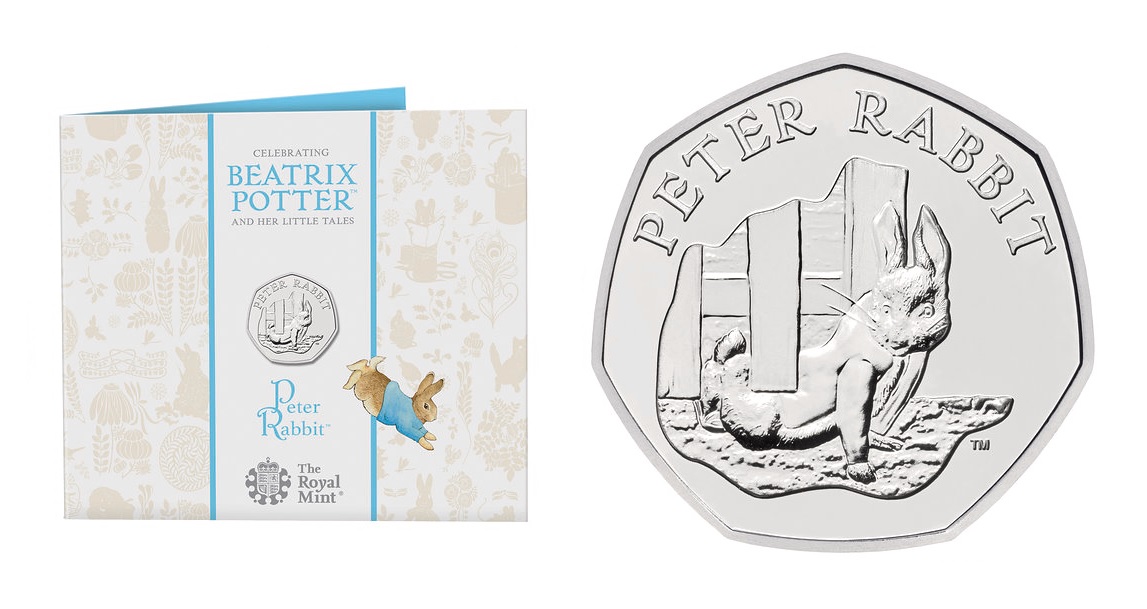 The Royal Mint has advised that these commemorative coins will not be entering general circulation, and, as such, only the collector’s editions will be available. The Brilliant Uncirculated versions are presented in a colourful folder that includes a variety of scenes shown in the original illustrations.

The silver Proof coins are presented in a Perspex frame enabling the easy viewing of both sides of the coin, which is accented with illustrations from the original story. 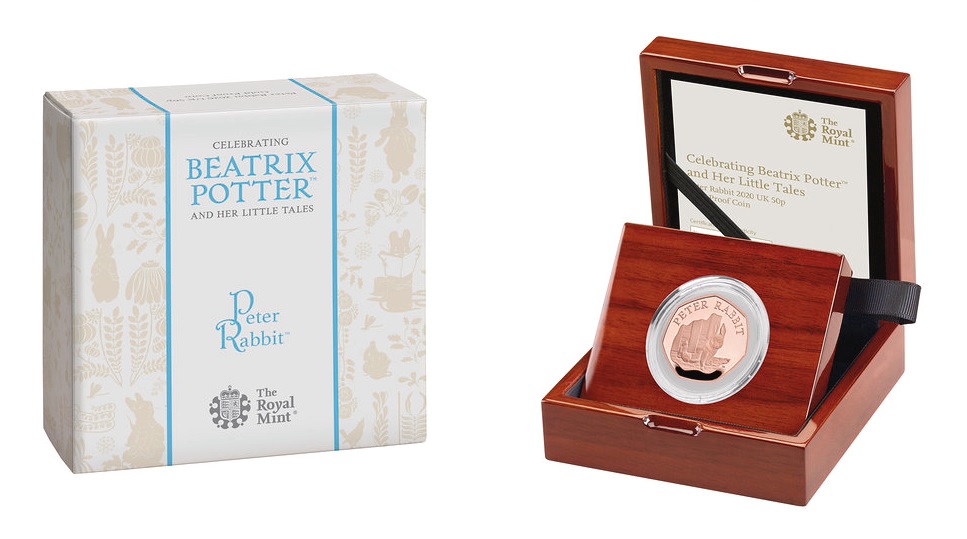 The gold Proof coins are housed in a custom gloss-polished hardwood case. For additional information about this coin and others available from the Royal Mint, please visit their website.