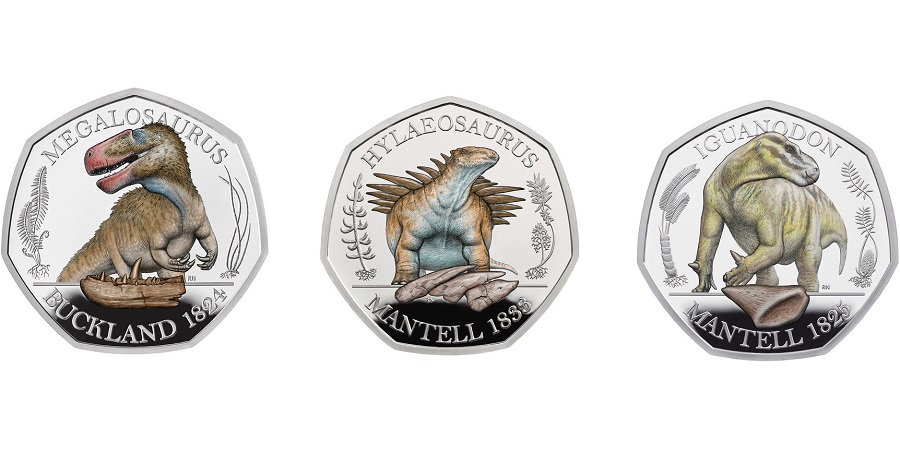 The Royal Mint has launched (13th February) a new series focusing on the discovery of the planet’s prehistoric inhabitants, the dinosaurs, which roamed the Earth for more than 160 million years. With the release of this first coin in this series, it will be the first time a dinosaur has featured on an official legal tender coin issued in the United Kingdom.

Palaeontology, the branch of science concerned with fossilised animals and plants, has fascinated many with the discovery of the remnants of giant creatures on practically every inhabited continent. The science became established in the 18th century and developed rapidly in the 19th century. Renowned Anatomist Sir Richard Owen (1804–1892) was the first to discover that the remains of Megalosaurus, Iguanodon, and Hylaeosaurus, all shared common characteristics.

The three seven-sided 50-pence coins in the series are designed by renowned British paleo-artist Robert Nicholls, with the expert guidance of Professor Paul M. Barrett from the Earth Sciences Department of the Natural History Museum, and together, they bring all three dinosaurs back to life. Augmented reality technology will also feature on the coloured Brilliant Uncirculated 50-pence coins, allowing collectors to access a range of exclusive content.

The obverse side of each option includes the fifth numismatic effigy of HM Queen Elizabeth II, which was introduced in 2015. Designed by Royal Mint engraver Jody Clark, the portrait of the Queen is an integral part of all coinage issued in the United Kingdom, whether for circulation or commemorative releases. 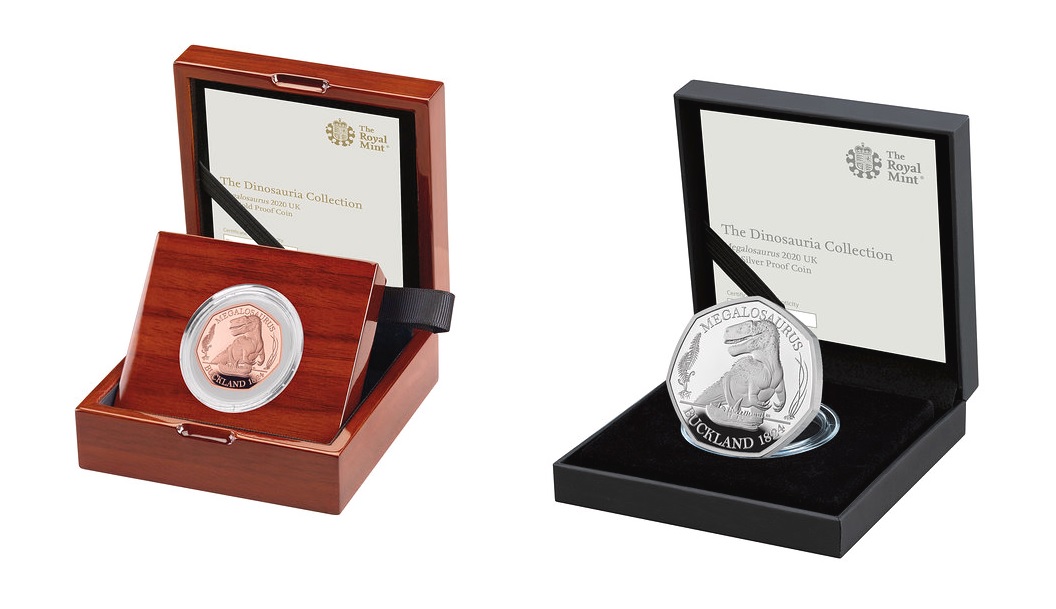 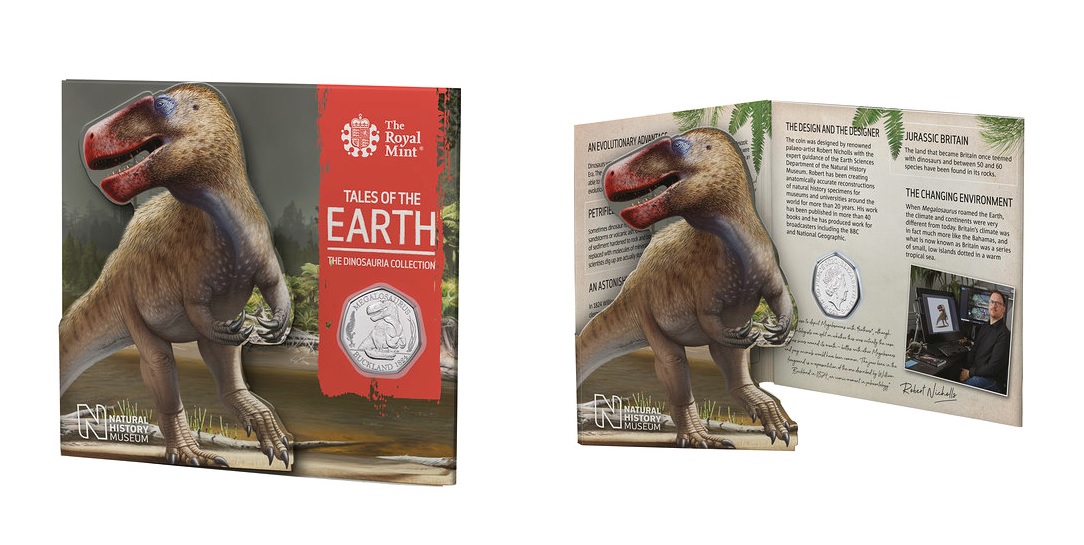