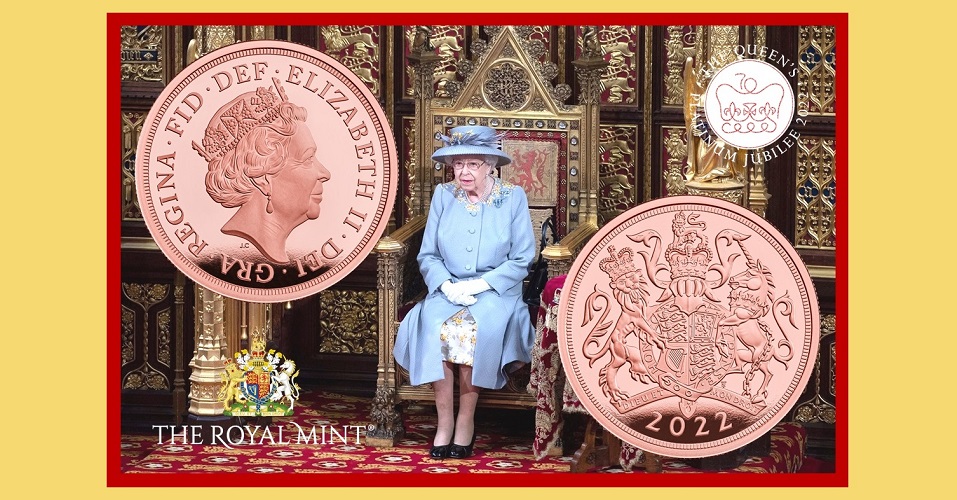 The Royal Mint have released (15th November) their new 2022-dated range of Proof gold sovereign collections which are particularly special as the design has been created to celebrate a once-in-a-lifetime anniversary. In honour of HM Queen Elizabeth II, who is Britain’s longest-serving monarch, she, along with the nation and Commonwealth, will celebrate her Platinum Jubilee next year. As such, the 2022 sovereign will feature a new interpretation of the Royal Coat of Arms. The sovereign is world-renowned for its exquisite depiction of St. George slaying the Dragon by Benedetto Pistrucci. Changes to the reverse design are reserved only for special moments in Britain’s history such as the Golden, Diamond, and Platinum Jubilees. It was in 1489 that King Henry VII ordered that a “new money of gold” be minted, which would serve to symbolise the might of the Tudor dynasty. That large gold coin was referred to as the sovereign, and it has since evolved to become one of the world’s most distinctive and recognisable coins. More than 500 years since its inception, the “chief coin of the world” still shares a close relationship with the crown and has become a flagship coin for the United Kingdom.

Created by esteemed artist Timothy Noad, he has been chosen three times to design reverse sides for the sovereign. The first time was 20 years ago, for Her Majesty’s Golden Jubilee of 2002, and the second was the first new St. George and the Dragon since Pistrucci’s iconic design, in 2005. The new shield reverse encompasses the current royal crest adopted in 1837 and comprises quarter crest representations for England and Wales, Scotland, and Northern Ireland. The motto shown underneath in French, DIUE ET MON DROIT (“God and my right”), as well as the Order of the Garter circlet, which surrounds the shield, inscribed with the Order’s motto, in French, HONI SOIT QUI MAL Y PENSE (Shame on him who thinks evil of it). Below the crest is the year of issue, 2022. The obverse bears the fifth definitive effigy of HM Queen Elizabeth II designed by engraver Jody Clark and seen on all British circulation and commemorative coinage since 2015. 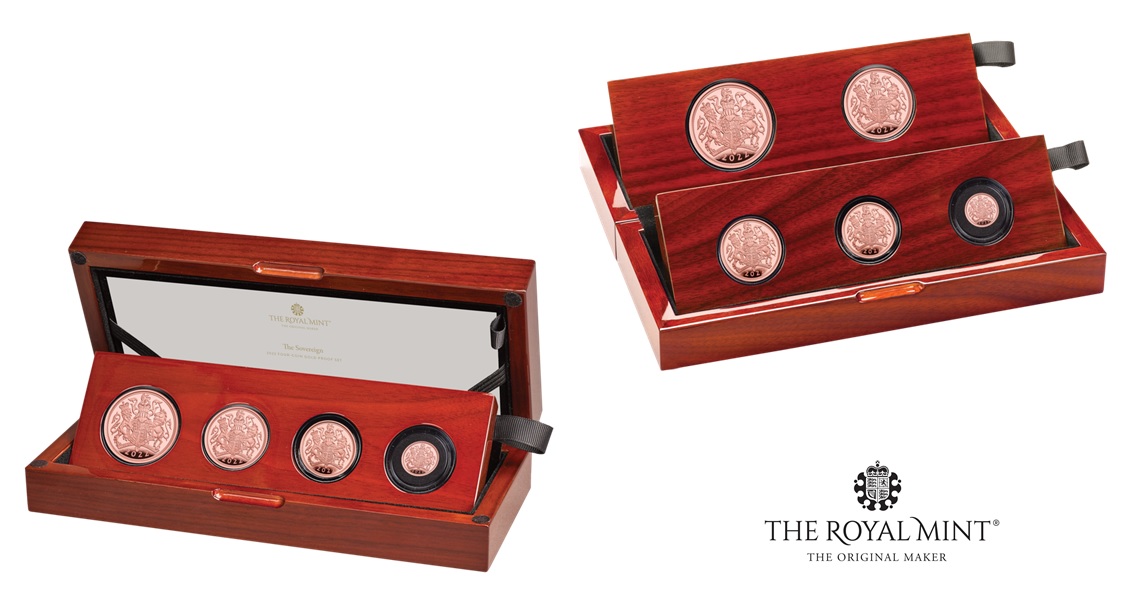 The Sovereign Collection is available in a variety of options from single coin formats such as the half-sovereign and one-sovereign or three, four, and five-coin presentations. Every single coin or collection is presented in a gloss polished hardwood case and accompanied by a numbered certificate of authenticity. For more information about these coins and other coins available from the Royal Mint, please click here.