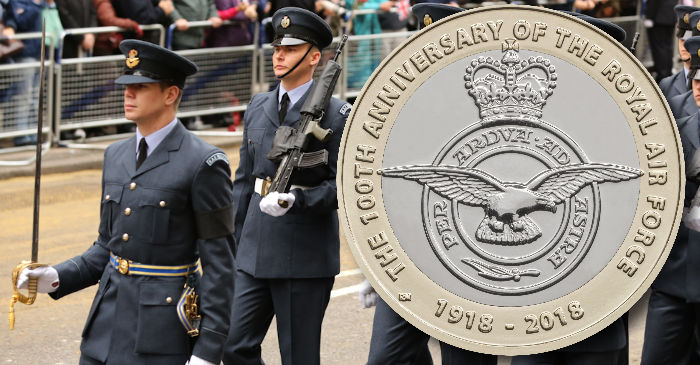 The Royal Mint have unveiled (1st January) the design for a new two-pound coin issued in celebration of the centenary anniversary of the Royal Air Force, which came into being in 1918. The need for air power was realised during the deadly European conflict which erupted in July 1914. At that time, the ability to fly was in its infancy, but the value of taking to the skies and delivering firepower from the air was already being recognised — on all sides.

As the Imperial German Air Force had already been formed more than two years ahead of the British Air Force, the need to meet or eclipse their firepower was crucial. The German Imperial Air Force had made heroes out of some of their pilots, including Manfred von Richthofen (1892-1918), also known as the “Red Baron,” who was known as “the ace-of-aces” in terms of his prowess and the 80 combat victories he flew against the allies. The United Kingdom also had their own “flying ace” in the form of James McCudden (1895-1918), who, before his death in service to his country, would notch up a staggering 57 missions as part of the Royal Flying Corps — the predecessor to the Royal Air Force. James McCudden remains among the most highly decorated airmen in British military history.

Since its formation on the 1st April 1918, the Royal Air Force has defended the skies above Britain and has been at the forefront of Britain’s defence. From the first wooden biplane, through the development of hi-tech supersonic jets, to today’s lightning aircraft — it has always been at the cutting edge of innovation — marking the aviation milestones of the 20th century and beyond.

The reverse side of the coin is designed by Rhys Morgan and includes the insignia of the Royal Air Force which includes their motto PER ARDUA AD ASTRA (Through adversity to the stars). It is placed in a crowned circle along with a flying eagle in the centre. The insignia is centred within the commemorative text which reads 100TH ANNIVERSARY OF THE ROYAL AIR FORCE and is placed above the primary design. The celebratory years 1918 – 2018 are placed below.

The obverse includes the fifth effigy of HM Queen Elizabeth II, as designed by Royal Mint Engraver Jody Clark, and has been in use on British circulation and commemorative coins since 2015. 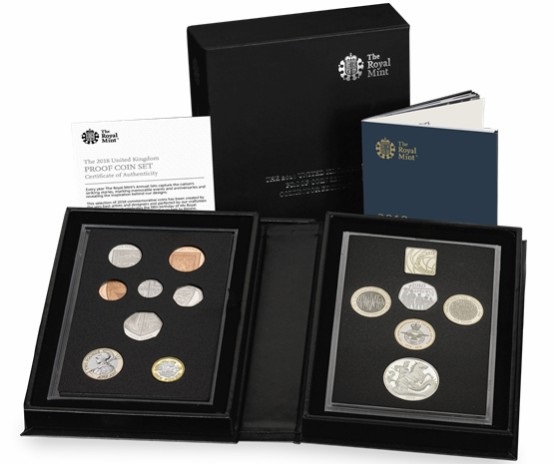 This 2018-dated two-pound commemorative coin marking the centenary of the founding of the Royal Air Force will be included in the annual Brilliant Uncirculated Mint and Proof sets and will also be available for separate purchase in base metal and precious metal variations. For additional information on these and other coins offered by the Royal Mint, please visit their website.