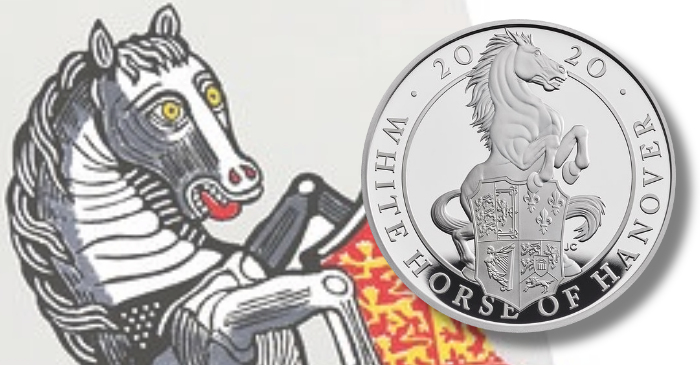 The White Horse of Hanover is a heraldic symbol with a long history, deeply rooted in Germany’s past and that of George I’s medieval ancestors. The first documented use of the horse comes from the seal of Albert I, Duke of Brunswich-Grubenhaben, in 1361. Albert I was a member of the Guelph family, who provided many German monarchs, princes, and dukes from the 11th century onwards. From the mid-14th century, his kinsmen, rulers of other parts of Brunswick, also adopted the symbol. It is also believed that the dynasty which Prince Albert, Consort of Queen Victoria who was a member of the Sax-Coburg and Gotha family, were also collateral members of the Guelph family and thus, HM Queen Elizabeth II is a direct descendant.

The latest 2020-dated release features another original design by Royal Mint coin designer Jody Clark. The crest featured in the design includes quarters representing the constituent parts of what was the Kingdom of Great Britain and Hannover. From the accession of George I (reigned 1714–1726) until the accession of Queen Victoria (reigned 1837–1901), the crest of Hanover was depicted on the British coat of arms as the British King was also Elector (later King) of Hannover. With the separation of the two kingdoms in 1837, the representation of Hanover was removed. Unlike the more recent design of the Unicorn of Scotland, the White Horse faces to the right, as does Her Majesty the Queen on the obverse, signifying the royal ancestry and history of monarchy that it represents. The obverse side includes the fifth numismatic effigy of HM Queen Elizabeth II, also created by Jody Clark, which was introduced onto British coinage in 2015. 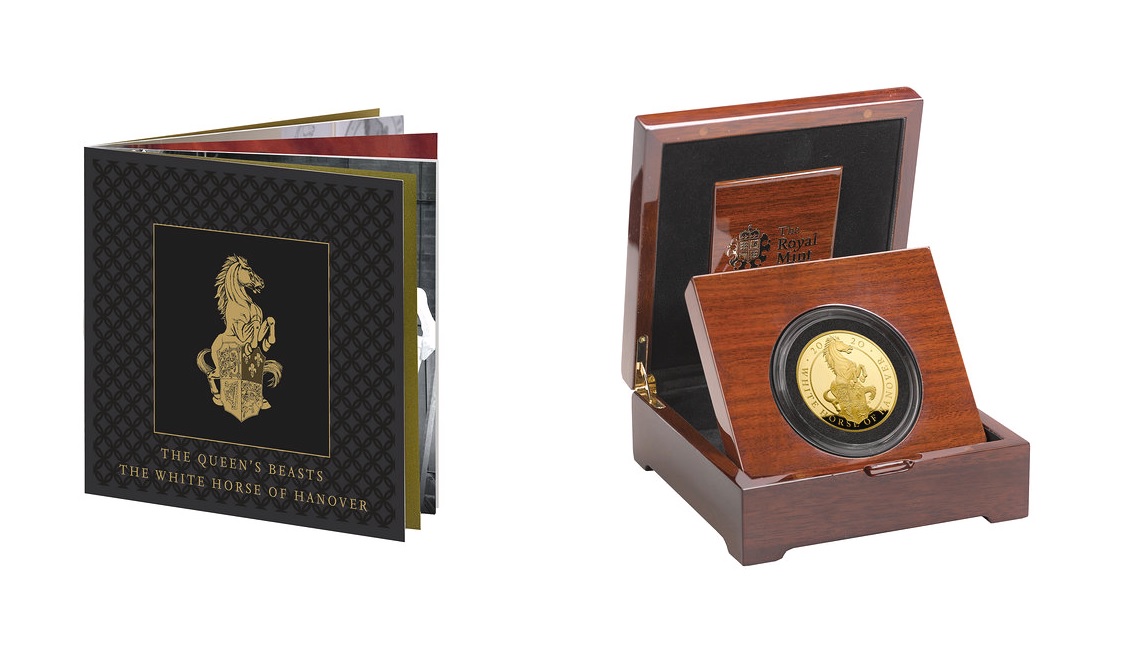 Available in eight sizes and weights ranging from one kilo to 1/4-ounce gold and one kilo to one-ounce silver, each Proof coin in the series is available as a separate purchase and is presented in a custom case according to the gold or silver option, accompanied by a numbered certificate of authenticity and booklet describing the overall series of the 10 Queen’s Beasts. 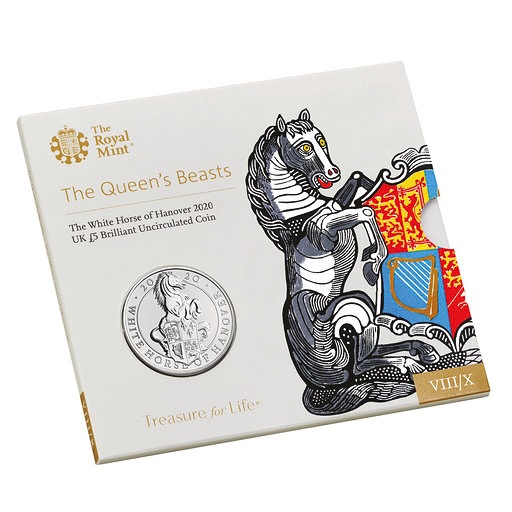 A cupro-nickel Brilliant Uncirculated crown is also part of the series and is presented in a colourful folder with illustrations and information about the coin’s design and history. For additional information about these coins and others available from the Royal Mint, please visit their website.