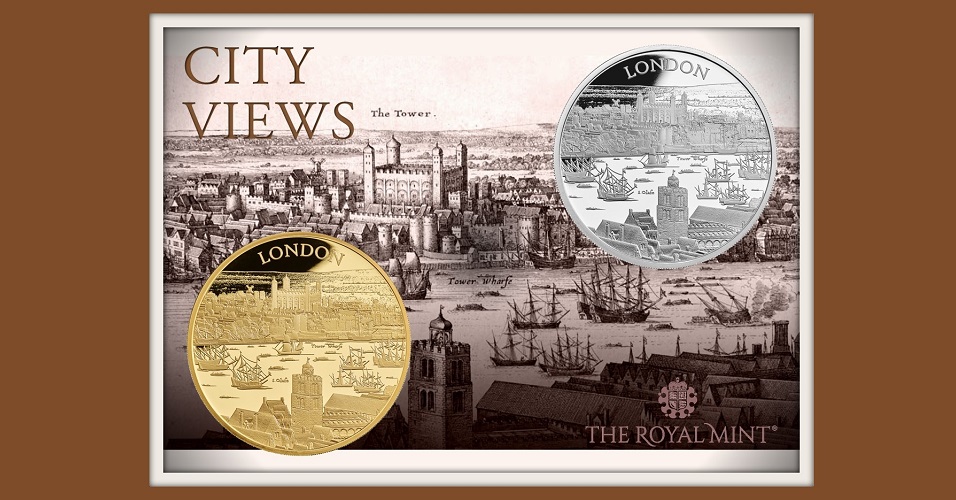 The Royal Mint has released (28th April) the first coin in a new series entitled “City Views,” which will over a number of years feature famous skyline views of some of the most well-known cities worldwide. The coins will feature views of landmarks that characterise the world’s greatest cities and serve as a historical record for future generations.

The inaugural release appropriately features London and celebrates the architectural beauty of the London skyline during the 17th century, with the imposing stone fortress built by William the Conqueror at the heart of the reverse design. Inspired by a panoramic scene by the Bohemian artist Wenceslaus Hollar (1607-1677), the breathtaking horizon has been skilfully remastered by designers at the Royal Mint. The intricate detail of the original illustrations is achieved by combining traditional craftsmanship and innovative laser cutting technology. 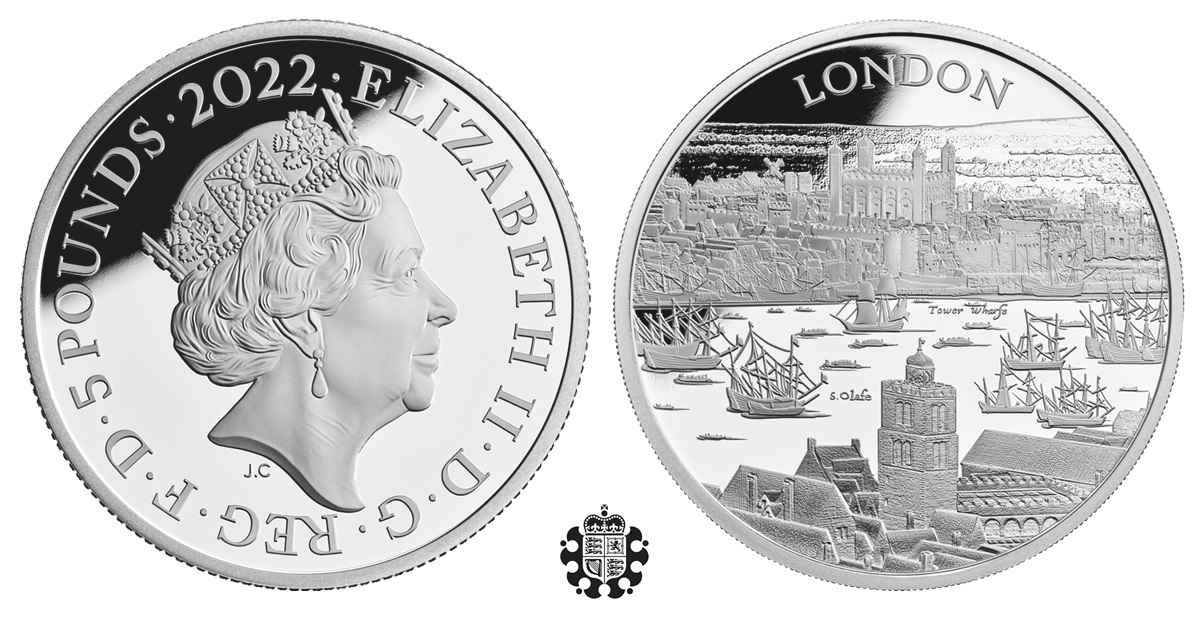 The reverse design features a predominant depiction of the iconic and instantly recognisable Tower of London, which is also the ancestral home of the Royal Mint. In front of the Tower is the Tames River with tall-masted ships carrying trade to and from all corners of the Empire. Above the primary design is the text which reads LONDON. 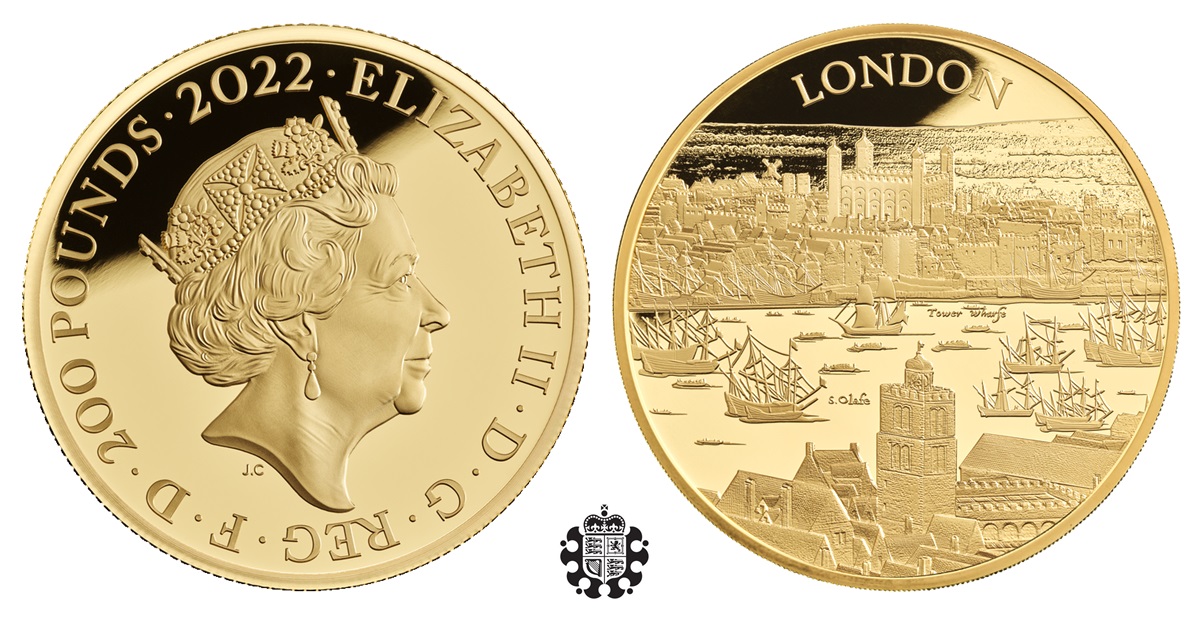 The obverse of each gold and silver option features the fifth definitive effigy of Her Majesty Queen Elizabeth II, designed by Jody Clark and in use on all British commemorative and circulation type coins since 2015. The denomination and year of issue also appear on the obverse as part of the legend surrounding the Queen’s likeness. 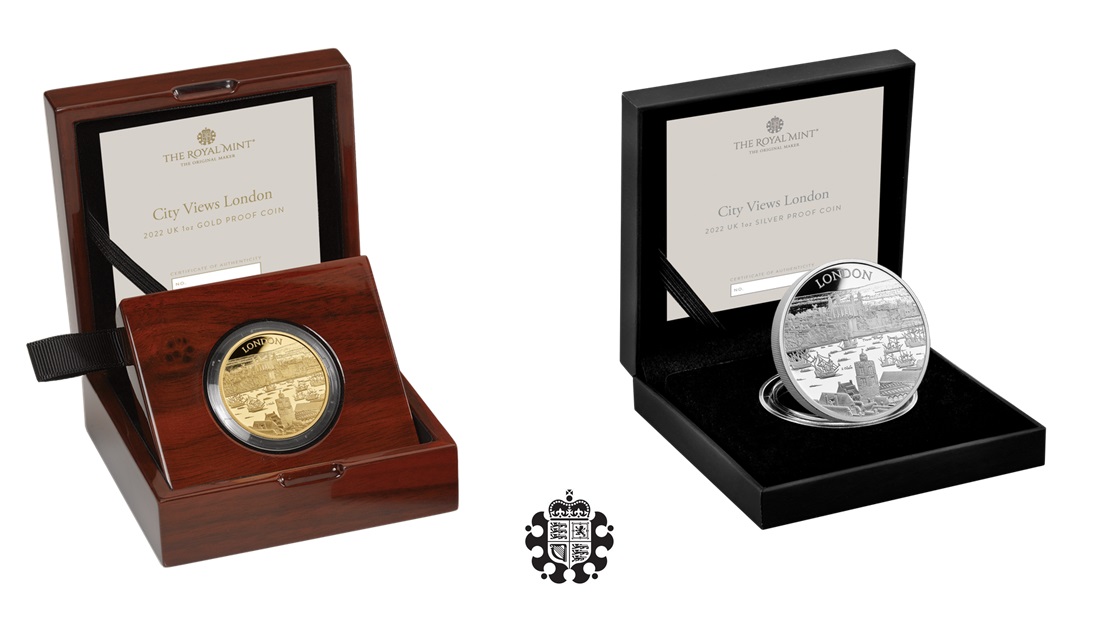 Each of the gold and silver Proof coins are encapsulated and presented in a selection of hardwood high-gloss cases or matte black cases accompanied by numbered certificates of authenticity. For additional information about this collector series, please visit the Royal Mint’s website.