5 Pounds: This year’s collection, includes a memorial crown which remembers the 50th anniversary of the death of Sir Winston Churchill, the stoic & fearless wartime leader who became a symbol of resistance and strength in the face of fascism and dictatorship during the years of fighting in Europe and Asia which is remembered as the Second World War.

5 Pounds: The second crown marks the 200th anniversary of the Battle of Waterloo, the confrontation which was essentially the beginning of the end of the rule and invasions of the French Emperor Napoleon into neighboring countries in Europe. Napoleon was defeated and many of his satellite kingdoms also were toppled.

2 Pounds: The Royal Mint’s program of commemoration marking the centenary of the First World War continues with a coin that honors the Royal Navy and the role that it played during the war, the first £2 in the series was issued last year and marked the outbreak of what was referred to as the Great War – three more £2 coins will be issued annually until 2018.

2 Pounds: 800th anniversary of the signing of the Magna Carta or, Great charter. The charter was issued by King John of England signed at Runnymede, near Windsor, on the 15th June 1215 and drafted by the Archbishop of Canterbury to make peace between the unpopular King and a group of rebel barons, it promised the protection of church rights, protection for the barons from illegal imprisonment, access to swift justice and limitations on feudal payments to the Crown which was to be implemented through a council of 25 barons. The charter is considered a pre-cursor to many nation’s constitutions as it was meant to guarantee the right of law and to limit the power of a single entity or person to rule alone and without the consent of the populace or representation.

The Battle of Britain has an unusual distinction in that it gained its name prior to being fought. The name is derived from a famous speech delivered by Prime Minister Winston Churchill in the House of Commons more than three weeks prior to the generally accepted date for the start of the battle stating “What General Weygand has called the Battle of France is over … the Battle of Britain is about to begin.”

The obverse of each coin includes the effigy of HM Queen Elizabeth II as designed by Ian Rank-Broadley FRBS and used on all circulation coins and many commemorative since 1998 until this year, when a new and fifth definitive effigy will be introduced later on in the year. 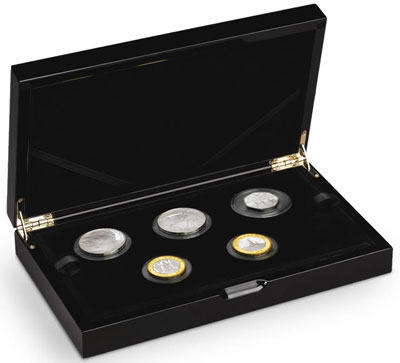 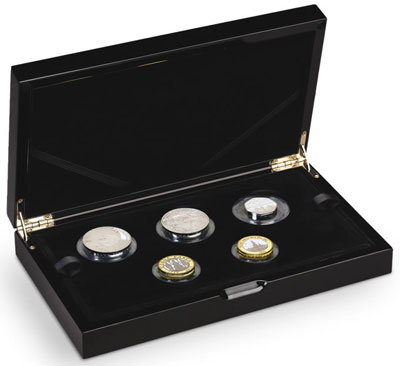 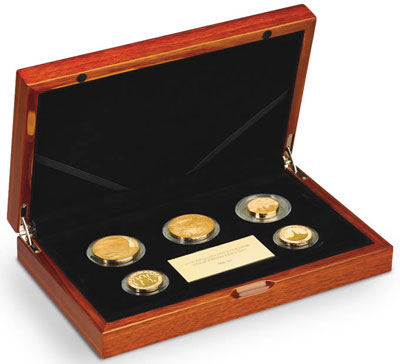 The Royal Mint precious metal proof sets, perennial favorites for many collectors are available in several versions and in different metals, including a thirteen coin sterling silver set which contains all of the currently circulating coins from the £2 to the one penny coin. For more information on these and other annual sets offered by the Royal Mint, please visit this section of their website. Information offered in English, international orders dispatched.