The Royal Mint have announced they will commemorate the arrival of the new Royal baby with a special limited edition of just 750 gold Sovereigns, struck on the day of the baby’s birth. The special coins are to be issued with an individually numbered Certificate of Authenticity signed by hand to attest to the provenance of each coin’s special place in our history. The special certificate will include the signature of Leighton John, head of Production, who will certify that these gold sovereigns have been struck on the day. After the nation celebrated the birth of Prince George of Cambridge, Sovereigns struck on the day were a sell-out, snapped up by royal well-wishers keen to secure a souvenir of the special day. 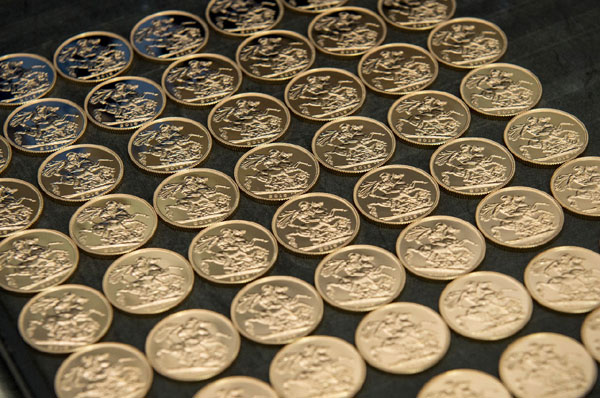 The newest arrival for the Duke & Duchess of Cambridge, whose second child was born on the 2nd May is their first daughter. The new-born Princess is now fourth in line to the British throne and is also the fifth great-grandchild of HM Queen Elizabeth II & the Duke of Edinburgh and the second Grandchild of HRH Charles, Prince of Wales. Prince William is the eldest son of the Prince of Wales and the late Diana, Princess of Wales. He and his long-time girlfriend Catherine Middleton, whom he met while at University in Scotland, announced their engagement on the 16th November 2010 and were married in a glittering ceremony at Westminster Abbey on the 29th April 2011. Their first child, a son was born on the 22nd July of 2013 and was named George Alexander Louis. 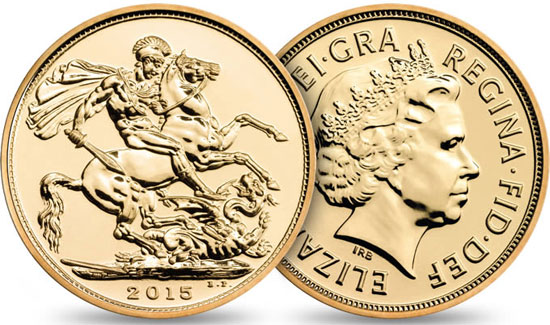 The reverse side of the coin, includes the iconic depiction of St. George slaying the dragon by famed medalist and coin designed Benedetto Pistrucci. The obverse includes the fifth definitive portrait of HM Queen Elizabeth II as designed by Jody Clark and introduced earlier this year for all British circulation and selected commemorative coinage.

For more information on the Royal Birth products offered by the Royal Mint, please visit this section of their website. Information offered in English – international orders dispatched.