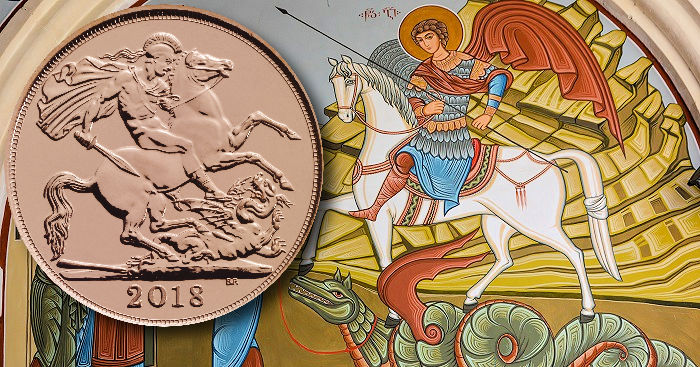 The Royal Mint have launched (13th December) their gold sovereign and half sovereign coins dated 2018 which are struck specially for the bullion market. The Bullion strike is an Uncirculated and detailed version of the classic sovereign coin and differs somewhat from the select Brilliant Uncirculated and Proof versions usually marketed as presentation pieces or as collector’s coins. The British sovereign is the Royal Mint’s 22-carat gold (.9167 fine) flagship coin and has become an internationally recognised symbol of unrivaled accuracy, integrity, and strength as well as being admired and trusted through times of change.

The coin has also been traditionally a statement of wealth and power and is regarded as a living link to Britain’s past. The sovereign has a reputation as the chief coin of the world, given that it is struck in the name of the reigning monarch and the Crown and is often minted in the Proof standard. They were often used for special presentation pieces to diplomats and foreign dignitaries visiting Great Britain.

Today, the modern sovereign remains a compelling and trusted choice for bullion investors and continues to be recognised across the world as a trusted means of precious metal investment. As such, the sovereign is one of the most tightly specified coins in the world and is guaranteed by the United Kingdom’s 1971 Coinage Act, which is independently verified every year at the Trial of the Pyx. 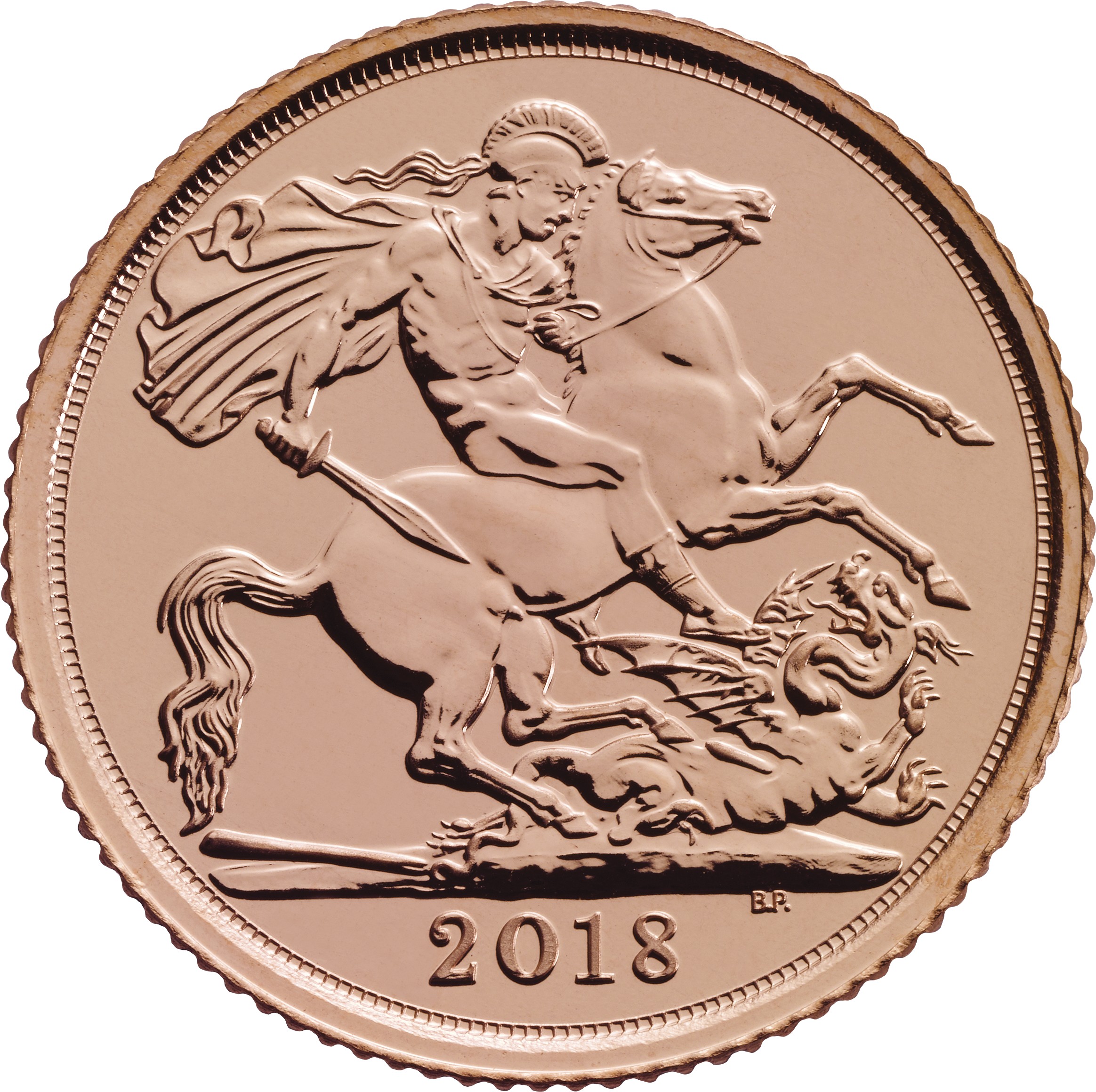 The 2018 sovereign features Benedetto Pistrucci’s depiction of St. George slaying the dragon, a design that has come to define the sovereign. First struck for the Sovereigns of George III (1760-1820) in 1817, this iconic image has endured for more than 200 years. 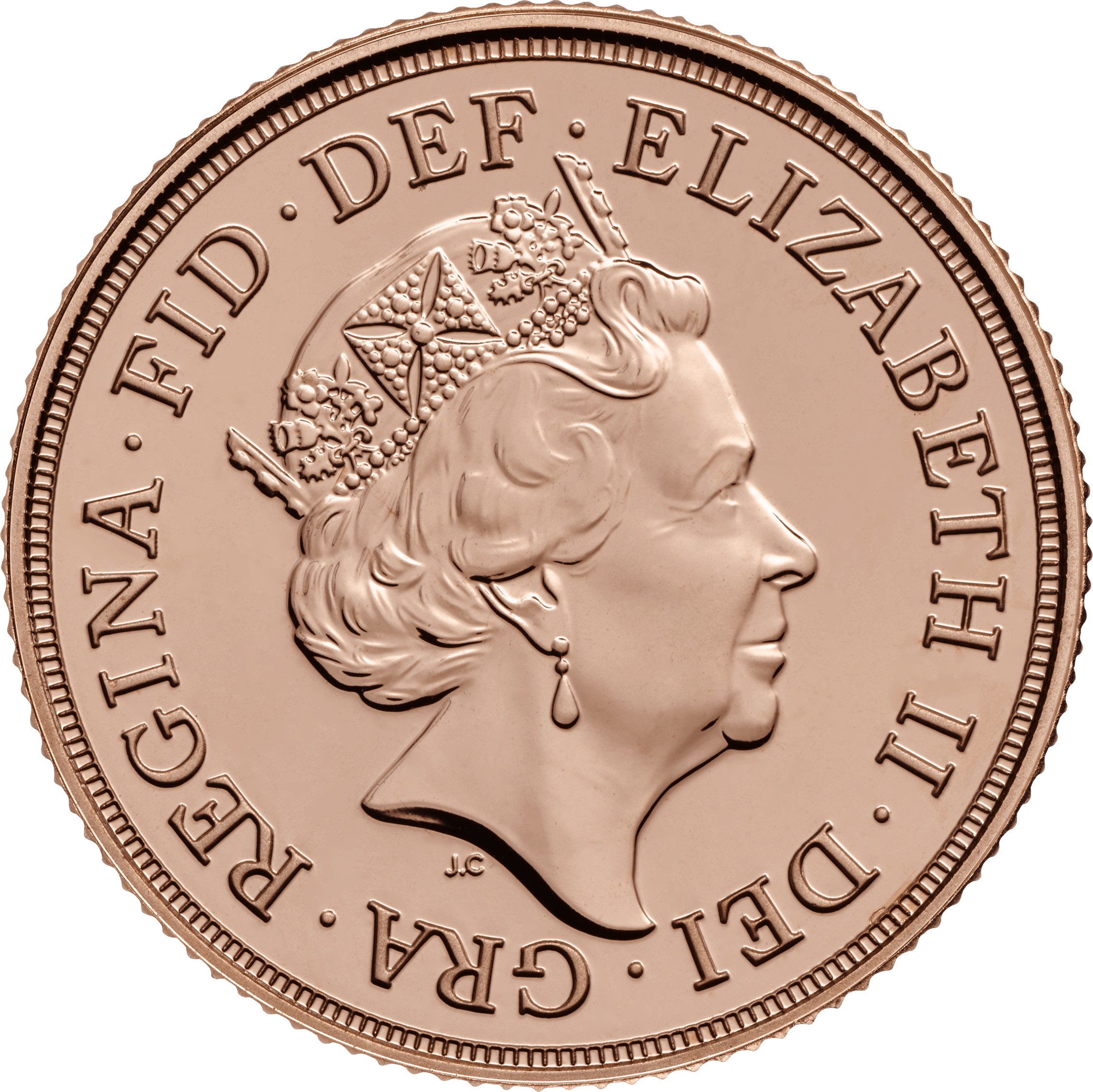 The obverse includes a depiction of HM Queen Elizabeth II designed by Royal Mint Engraver Jody Clark and has been in use on British circulation and commemorative coins since 2015.

The 22-carat gold sovereign bullion coin is packaged in tubes of 25 coins or individually in coin capsules. Interested customers are able to buy, store, and sell the Royal Mint’s bullion coins quickly and securely, 24 hours a day, 365 days a year. The Vault is The Royal Mint’s tightly guarded on-site storage facility which was established in 2012. It is an additional facility offered to gold bullion buyers looking for a highly secure storage option. For additional information on these and other bullion-related coins available from the Royal Mint, please visit their trading website.