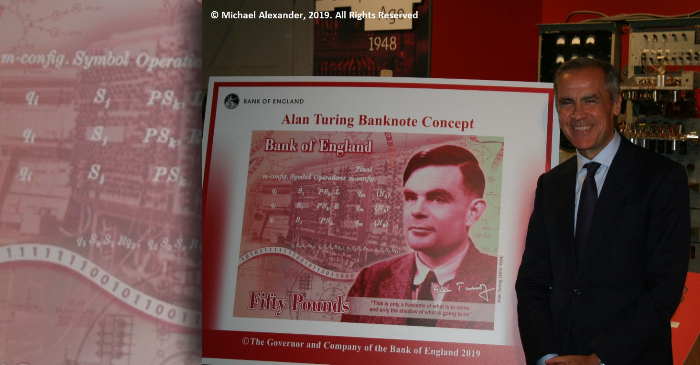 Yesterday, Bank of England Governor Mark Carney announced that pioneer computer scientist Alan Turing (1912–1954) will appear on the back side of the new £50 polymer note. Making the announcement at the Science and Industry Museum in Manchester, the governor also revealed the imagery depicting Alan Turing and his work that will be used for the back of the note.

The decision to include the image of Alan Turing on the back side of the new £50 banknote was undertaken with the initial announcement on the 2nd November 2018, in which the bank asked the advice of the public whom they would wish to see included on the new banknote. The conditions for nomination which were detailed by the Bank of England was that the person had to be someone who has contributed to the world of science. The proposed personality would be eligible for consideration if their contribution was in any recognised field of science such as astronomy, biology, biotechnology, chemistry, engineering, mathematics, medical research, physics, technology, or zoology. 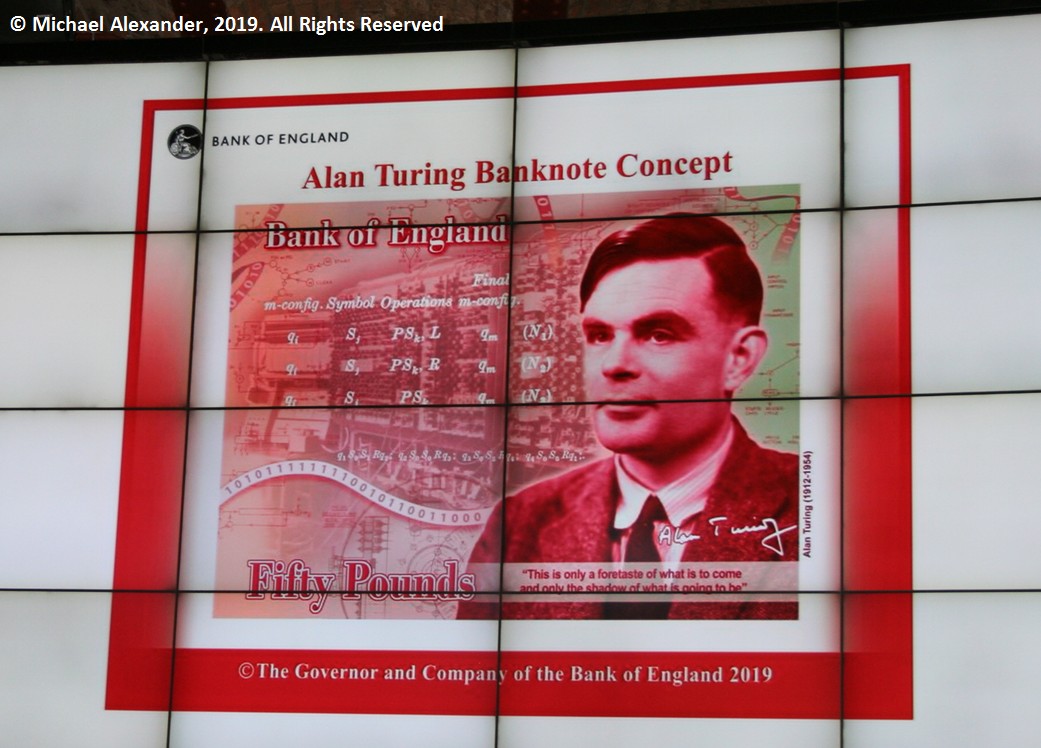 The response was overwhelming with the Bank of England’s Banknote Character Advisory Committee receiving 227,299 nominations during the six-week nomination period which closed on the 14th December 2018. After a preliminary shortlisting, the committee narrowed the list to 989 eligible names of people who were real, deceased, and who have contributed to their field of expertise in science within the United Kingdom. With the advice of the Advisory Committee, the final decision was made by Governor Mark Carney.

Also on hand was Sarah John, chief cashier, who commented:

The strength of the shortlist is a testament to the UK’s incredible scientific contribution. The breadth of individuals and achievements reflects the huge range of nominations we received for this note and I would like to thank the public for all their suggestions of scientists we could celebrate.

During the unveiling, Bank of England Mark Carney commented that the choice was obvious while highlighting a long list of Turing’s achievements as well as his unfair treatment after the Second World War due to his arrest on charges of indecency in 1951. The venue of the Science and Industry Museum was chosen as Turing’s early work was conducted at the National Physical Laboratory and later at the University of Manchester. 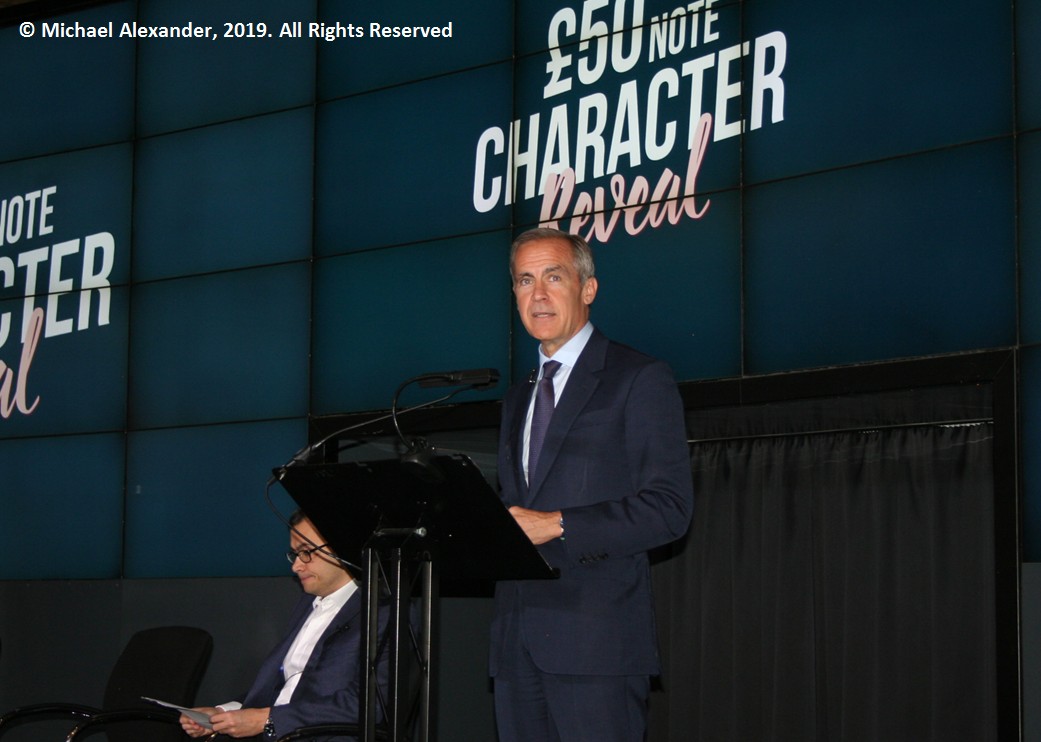 During his address, Governor Carney commented:

Alan Turing was an outstanding mathematician whose work has had an enormous impact on how we live today. As the father of computer science and artificial intelligence, as well as war hero, Alan Turing’s contributions were far ranging and path-breaking. Turing is a giant on whose shoulders so many now stand.

Turing provided the theoretical underpinnings for the modern computer. While best known for his work devising code-breaking “Enigma” machines during World War II, which was recognised as having perhaps shortened the War effort by several years, Turing played a pivotal role in the development of early computers first at the National Physical Laboratory and later at the University of Manchester. He set the foundations for work on artificial intelligence by considering the question of whether machines could think. His work ultimately came to a sudden conclusion, having been convicted of gross indecency for his relationship with a man. He soon lost his security clearance with the top government departments such as GCHQ, as his compromised lifestyle was considered a security risk. To avoid a prison sentence, he accepted probation, which was conditional on receiving oestrogen hormone treatment.

On the 8th June 1954, aged just 41, Turing died and was discovered by his housekeeper. The cause of death was determined as cyanide poisoning, and the inquest later ruled the cause of death as suicide. Turing was posthumously pardoned by the Queen, having been convicted of gross indecency for his relationship with a man. In 2009, Gordon Brown made an official posthumous apology for Turing’s treatment, and he also received a royal pardon for his 1951 conviction in December 2013. In 2017, the Alan Turing Law was passed, which posthumously pardoned men cautioned or convicted under historical legislation that outlawed indecent acts. Turing’s life story was made into a full-length feature film in 2014 entitled The Imitation Game and starred British actor Benedict Cumberbatch. 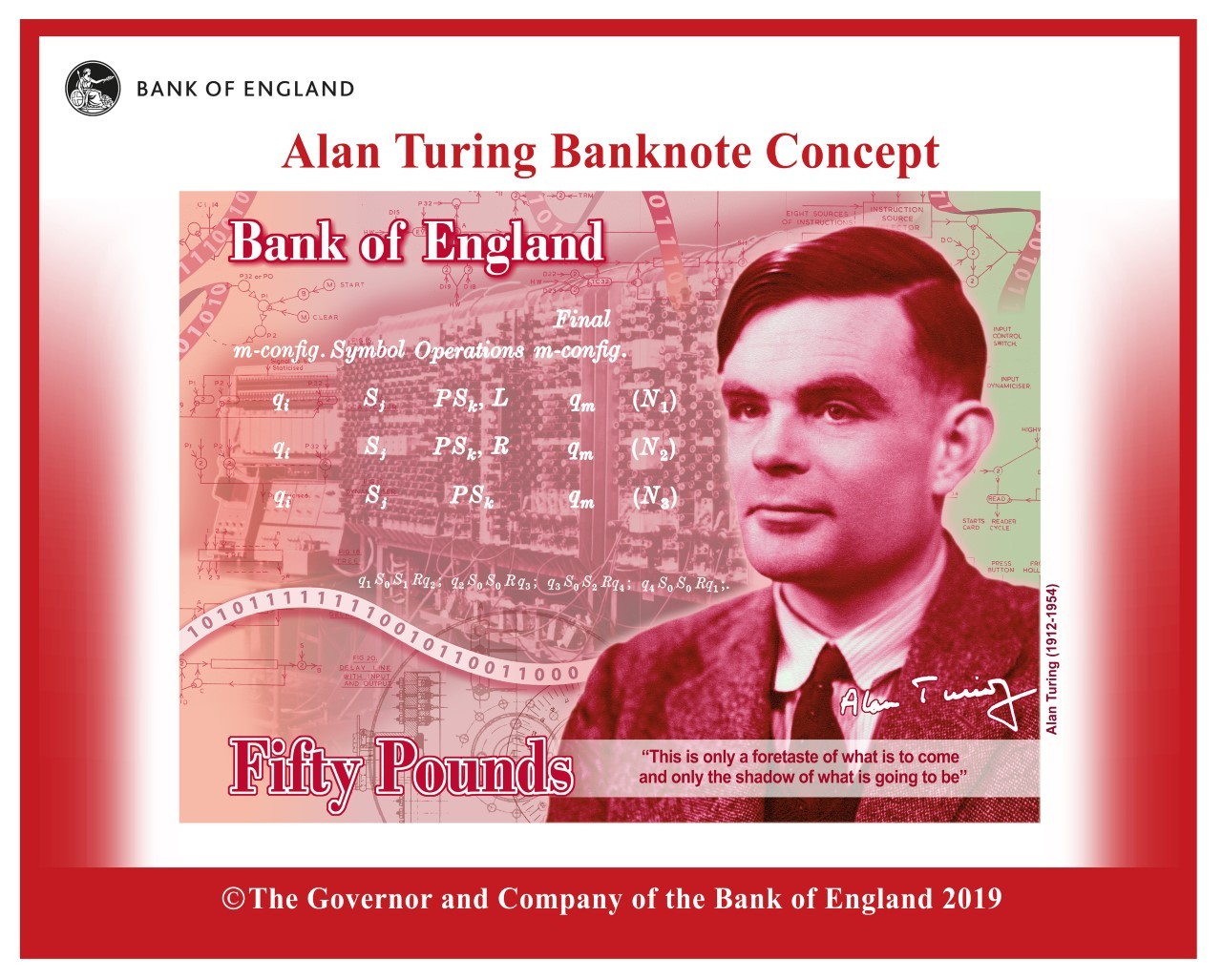 Also included will be images of the Automatic Computing Engine (ACE) Pilot Machine which was developed at the National Physical Laboratory as the trial model of Turing’s pioneering ACE design. The ACE was one of the first electronic stored-program digital computers. 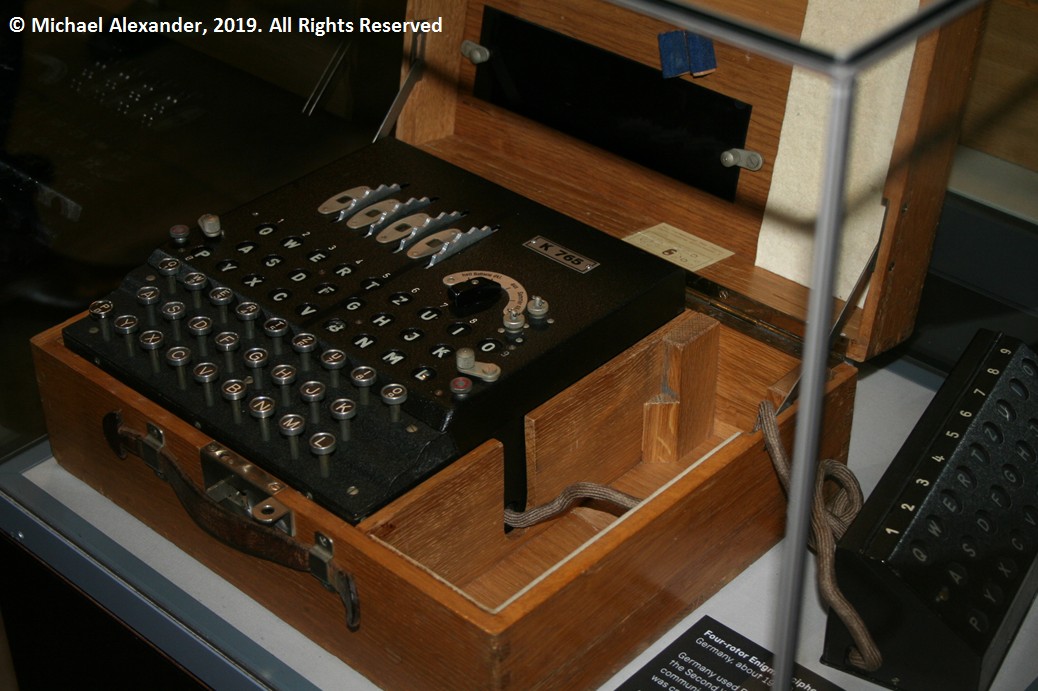 An example of the German “Enigma” code machine on display at the Science and Industry Museum in Manchester. Turing’s “Bombe” mechanism was able to break their codes enabling the Allies to decipher messages sent from within the German high command.

The technical drawings for the British Bombe, the machine specified by Turing and one of the primary tools used to break Enigma-enciphered messages during World War II.

A quote from Alan Turing, given in an interview to The Times newspaper on the 11th June 1949:

This is only a foretaste of what is to come, and only the shadow of what is going to be.

A facsimile of Turing’s signature is taken from the visitor’s book at Bletchley Park in 1947 where he worked during World War II. The signature is shown just to the lower right of his likeness.

Also included is Turing’s birthdate displayed as binary code and on binary tape fed into a computer.

The Banknote Character Advisory Committee is made up of two bank members of staff (Ben Broadbent as chair and Sarah John, Bank of England chief cashier) and seven independent experts: Professor Sir David Cannadine, Sandy Nairne, Baroness Lola Young, Dr. Maggie Aderin-Pocock, Dr. Emily Grossman, Professor Simon Schaffer, and Dr. Simon Singh. The £50 polymer banknote with updated security features and reduced dimensions is scheduled for release in late 2021. The decreased dimensions are in line with the five, 10 and the forth-coming 20-pound polymer notes, which are expected to be issued in October 2020. For additional information about Bank of England banknotes, please visit their website.