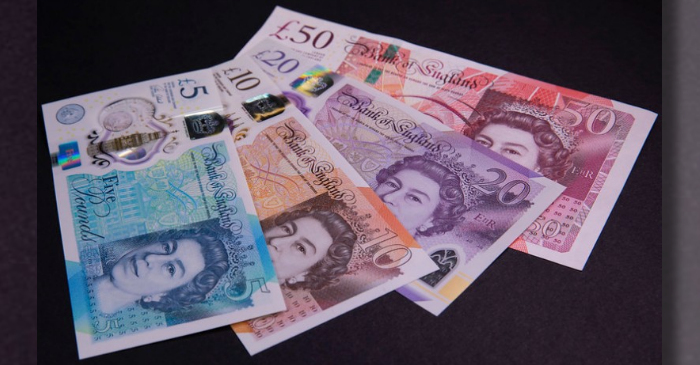 The Bank of England today unveiled their next release in the current “G” series which will be the £20 denomination depicting the eminent 19th-century painter Joseph Mallord William Turner (1775-1851). The famed artist was born in Covent Garden, London, as the son of a barber and wig maker. He became renowned as one of the great masters of painting with many describing his work was as “ahead of its time.” He exerted a lasting influence on future movements in art, both in Europe and America.

This particular banknote will have several “firsts” associated with it. Notably, the polymer £20 note contains sophisticated security features making it the most secure Bank of England banknote yet. For the first time, the note incorporates two windows and a two-colour foil, making it very difficult to counterfeit. The new £20 denomination will also be the first banknote to include, from its initial issue, the signature of Sarah John, the current Bank of England cashier.

This specific banknote was the first time the Bank of England asked the public for suggestions for the re-design of the denomination. After more than 30,000 responses, a shortlist was assembled, and JMW Turner emerged as the public’s favourite. Governor Mark Carney made the announcement in April 2016 where it was also announced that JMW Turner’s self-portrait, painted c. 1799 and currently on display in Tate Britain, would be predominantly featured on the back. The finished banknote was officially unveiled today at the Turner Contemporary, a permanent display venue in the picturesque seaside town of Margate on England’s southeast coast. Opening the event was the director of the Turner Contemporary, Ms. Victoria Pomery, who in her opening comments described both hers and the gallery’s great pleasure at having the Bank of England choosing to hold the unveiling ceremony in Margate and at the Turner Contemporary. After her welcoming comments, it was up to the Bank of England Governor Mark Carney to speak about the inclusion of JMW Turner and the process behind the scenes in arriving at this decision:

Our banknotes celebrate the UK’s heritage, salute its culture, and testify to the achievements of its most notable individuals. And so it is with the new £20 banknote, featuring JMW Turner, launched today at Turner Contemporary in Margate. Turner’s contribution to art extends well beyond his favourite stretch of shoreline. Turner’s painting was transformative, his influence spanned lifetimes, and his legacy endures today. The new £20 note celebrates Turner, his art, and his legacy in all their radiant, colourful, evocative glory. 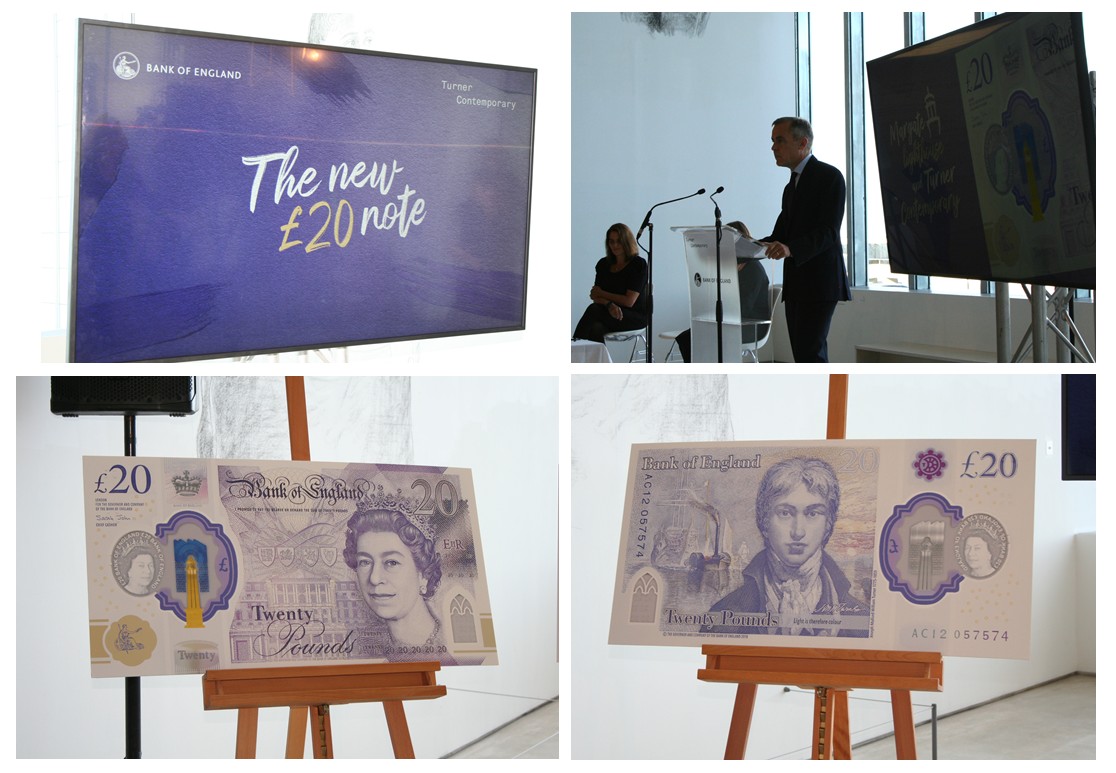 As part of the unveiling, Governor Carney was accompanied by eminent contemporary British artist Tracey Emin, whose work in a variety of media including drawing, painting, sculpture, film, photography, neon text, and sewn appliqué has earned her much media attention and praise for her innovative concepts. Aside from Emin, who is a Royal Academician of the Royal Academy of Arts, rose to fame in 1999 with her first solo exhibition in the United States at Lehmann Maupin Gallery, and later that year, she was a Turner Prize nominee herself. During her comments about the inclusion of JMW Turner on the back of the upcoming banknote, Emin noted that Turner himself was in his day never considered an establishment artist but noted that the establishment eventually caught up with Turner. Curiously, JMW Turner was known for never having actually signed any of his well-known works, and, for the purpose of including his name as part of the banknote’s design, his signature was copied from his last will and testament, which was the document bequeathing much of his works to the nation and is placed at the base of the self-portrait. The banknote is scheduled for release on the 20th February 2020. For additional details about this banknote and others in circulation, as well as previous banknotes, please visit the website of the Bank of England.

The note retains its currently predominant purple colour and also retains the same portrait of HM Queen Elizabeth II, as originally introduced in 1990 with the issue of the “E” series £5 banknotes. As with the newest £5 and £10 denominations issued as part of the polymer banknote series, the dimensions of the new £20 banknote have been reduced from its current 149 by 80 millimetres to 139 by 73 millimetres.

Additional features on the new £20 note include: