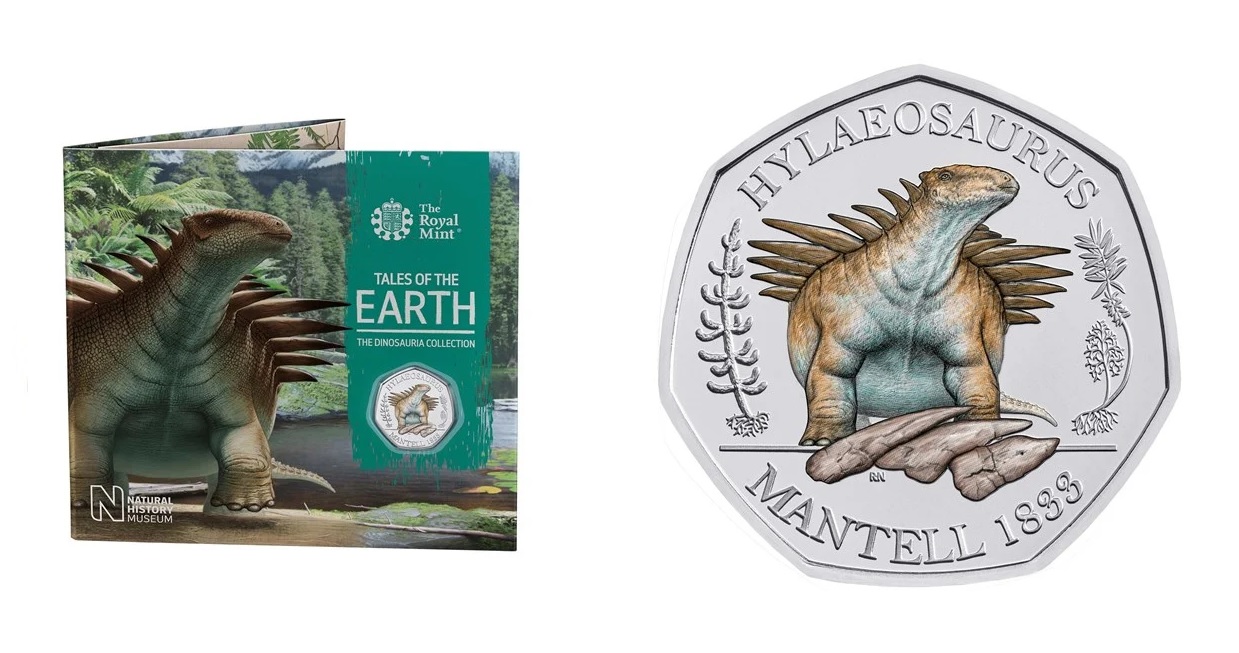 The Royal Mint has released (1st June) the third coin in their popular and first numismatic programme which utilised an augmented reality application as part of the design and theme. The third and last coin in the Tales of the Earth series features the latest depiction of prehistoric dinosaurs, the ferocious and fascinating creatures who once dwelled Earth millions of years ago.

A significant number of species of dinosaurs roamed the planet before they became extinct and luckily for archaeologists and scientists, their fossilised remains lay buried underground until the earth was ready to give them up. The story of their discovery starts right here in Britain, which has a fascinating fossil record of around 50–60 different species that have been found here, including hylaeosaurus, the first armoured dinosaur ever discovered. Together with megalosaurus and iguanodon, it played a crucial role in forming our understanding of these long-extinct creatures. 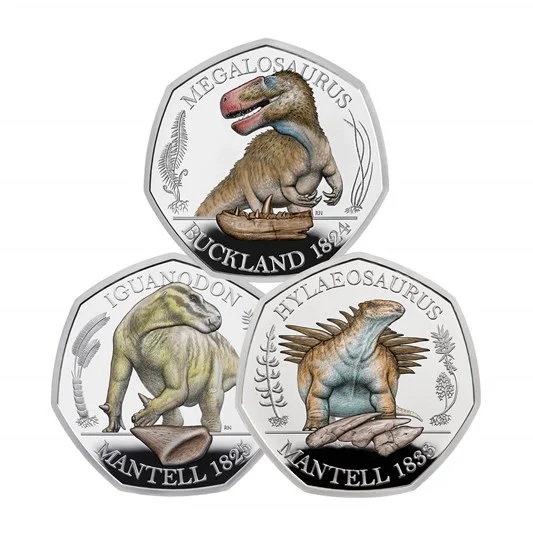 The Tales of the Earth Dinosauria Collection concludes with Hylaeosaurus, the third and final coin in the 2020 series, that also included Megalosaurus, and Iguanodon. Discovered by Dr. Gideon Mantell and acquired by the British Museum when Mantell fell on hard times, the anatomist Richard Owen was able to study the specimen in-depth, leading him to conclude it was part of a previously unknown group of giant reptiles which he called “dinosauria.” Hylaeosaurus was likely a solitary animal, and it lived during the Early Cretaceous period 140 to 133 million years ago. 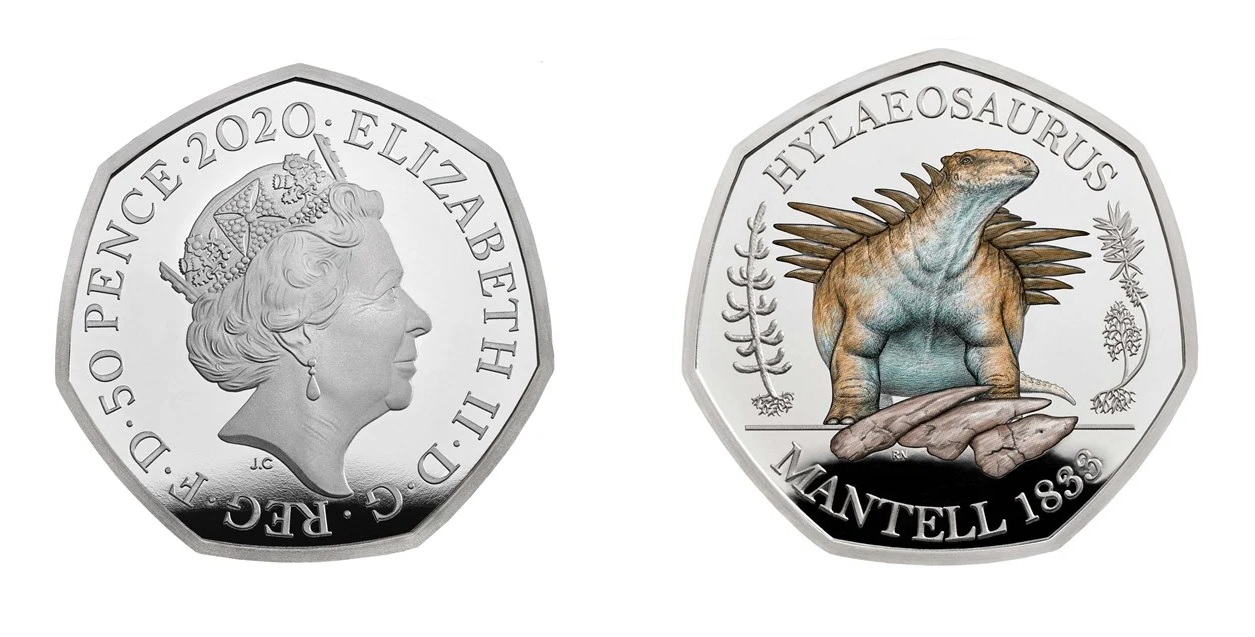 The Dinosauria Collection also marks a new milestone for the Royal Mint, as the first coin series to feature augmented reality technology. Upon receiving the coin, collectors simply need to download the Royal Mint’s “Activate App” and scan the packaging to unearth exclusive content including fascinating facts, animated clips, and imagery. 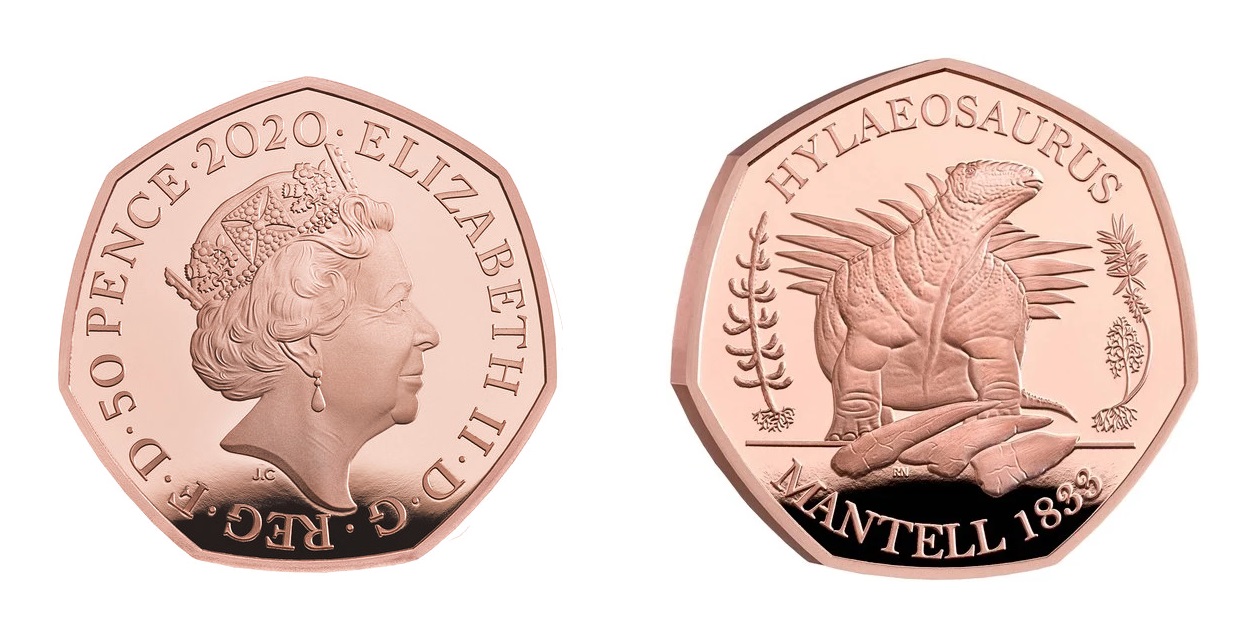 The Brilliant Uncirculated base metal edition also features the latest colour printing techniques showcasing the megalosaurus, iguanodon, and hylaeosaurus in vivid colour, providing a scientifically accurate reconstruction of the dinosaur. Designed with the expert guidance of the Earth Sciences Department of the Natural History Museum, the reverse side features an original design by palaeo-artist Robert Nicholls. He has been creating natural history specimens for museums and universities around the world for more than 20 years, and his depiction shows an anatomically accurate reconstruction of hylaeosaurus and the environment that it lived in. The obverse side includes the fifth numismatic effigy of HM Queen Elizabeth II created by Royal Mint engraver Jody Clark and introduced on all British circulation and commemorative coinage in 2015. 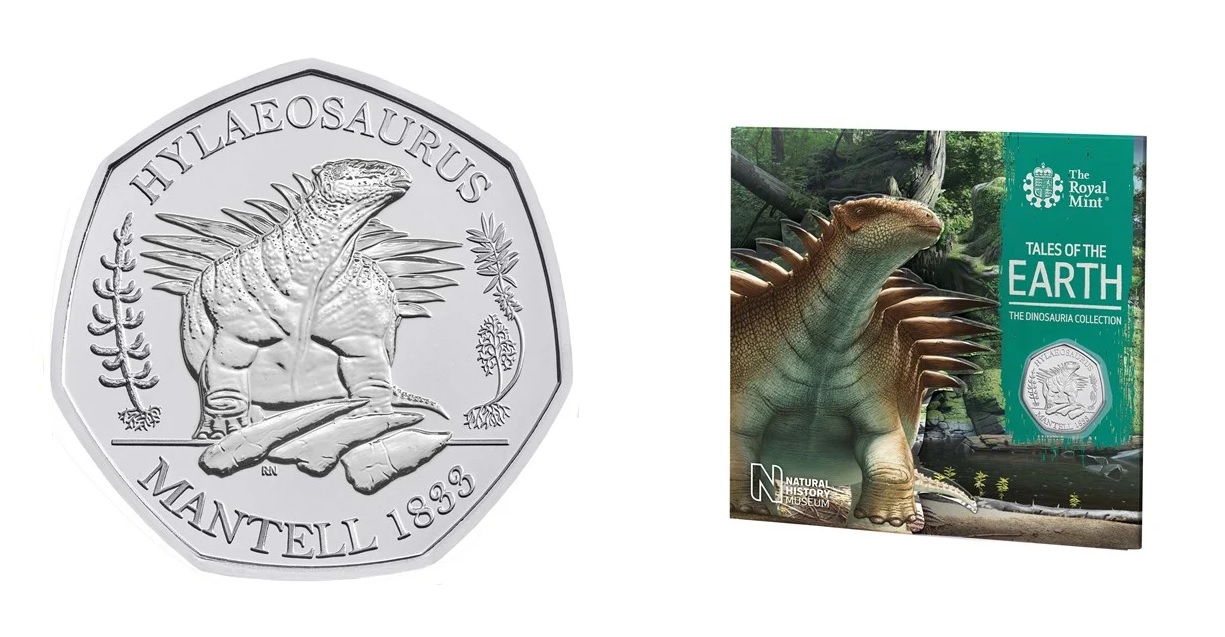 The Brilliant Uncirculated coins are presented in a colourful folder including printed narration and images of the dinosaurs featured. 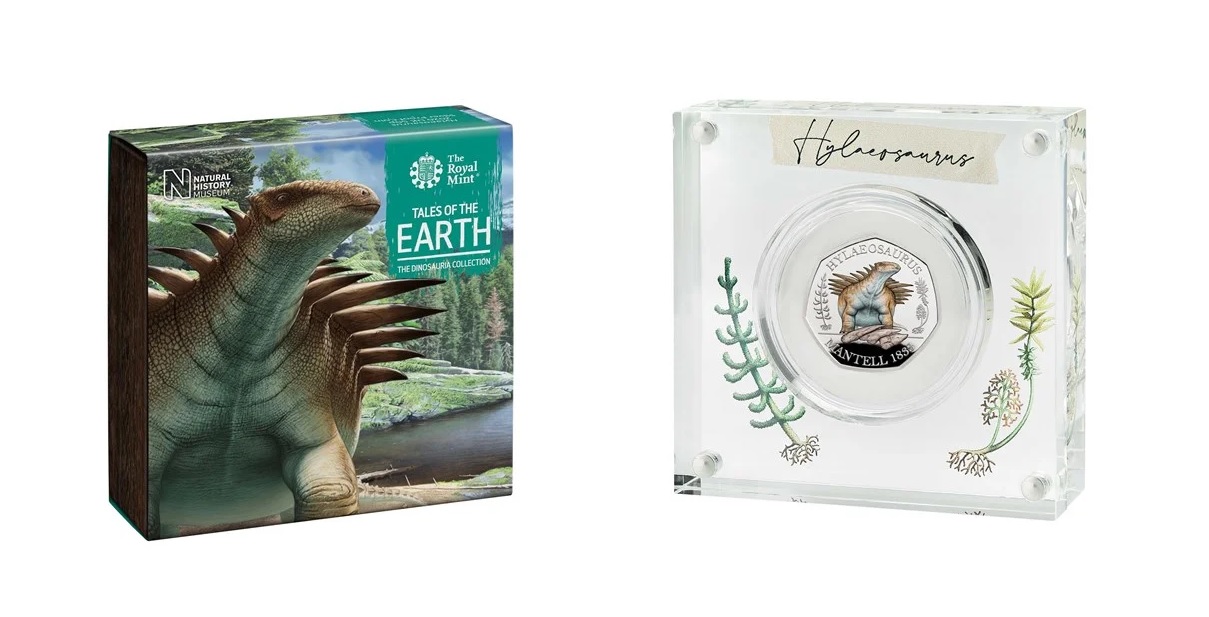 The sterling silver Proof and colour coin versions are presented in Perspex/lucite frame cases, accompanied by a certificate of authenticity. 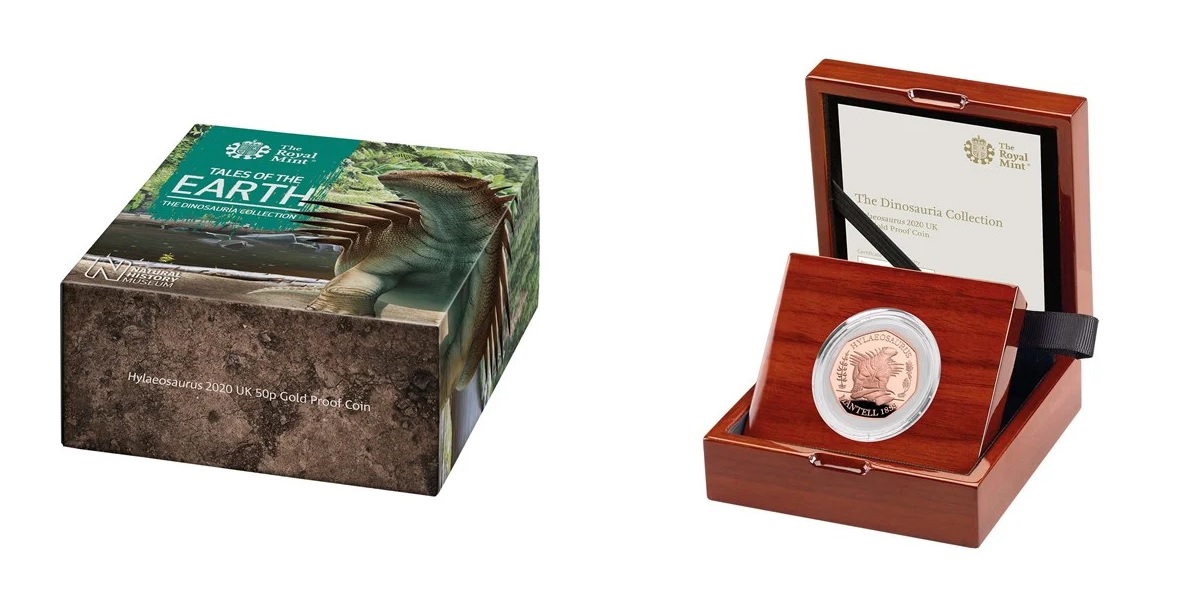 The gold Proof quality coins are presented in polished hardwood cases, accompanied by a certificate of authenticity. For additional information about these coins and others offered by the Royal Mint, please visit their website.

United Kingdom: Peter Rabbit hops onto new 50-pence coins in time for Easter — and for the very last time