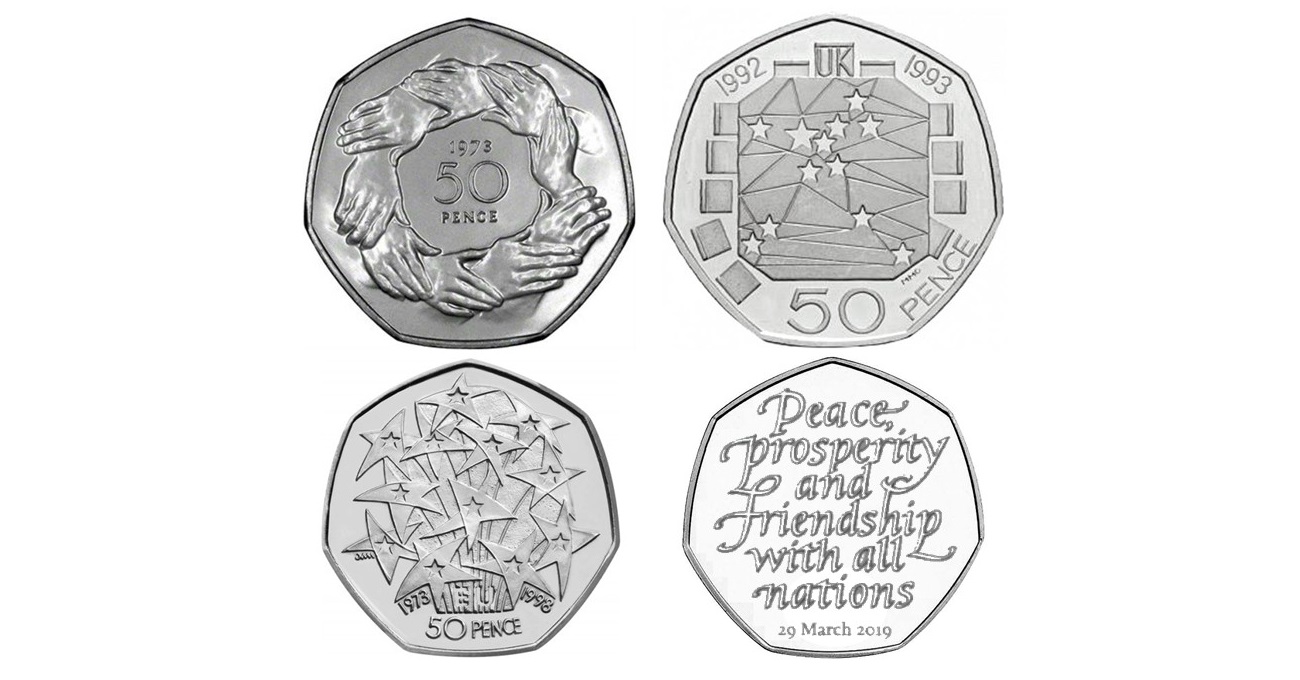 It was announced and confirmed today by HM Treasury in the United Kingdom that they will officially issue a commemorative coin to mark the departure of the United Kingdom from the European Union, commonly referred to as Brexit. The announcement was made after the delivery of the annual budget speech by the Finance Minister Philip Hammond, who is referred to as the Chancellor of the Exchequer to the House of Commons. Her Majesty’s Treasury will authorise the design and minting of a commemorative coin which will in itself not reference Brexit but instead include the date of departure and is also expected to be branded with a message that partially quotes America’s third president and author if the U.S. declaration of independence, Thomas Jefferson, with the words “Peace, Prosperity, and Friendship with all nations.”

The issue of a commemorative coin to mark the UK’s departure from the European Union was ostensibly the result of a campaign initiated by the tabloid newspaper, The Sun, which petitioned its readers to support the minting of the new 50-pence coin and had argued “for the Government to create an enduring gesture to mark Brexit as a landmark national moment.” According to The Sun, they have reported from Treasury sources that the department had been secretly working on plans for the Brexit coin for months before Conservative members of Parliament began to campaign for such a commemorative coin.


With the issue of a new 50-pence coin dated 2019, many coin collectors have expressed their sentiments that the EU theme will come “full circle” as the coin becomes available after the 29th March 2019, the day the United Kingdom officially leaves the now-28 member economic union and as the UK’s chapter with the European Union comes to an end. A referendum was held on the 23rd June 2016, in which it was asked whether those eligible to vote wished to remain in the EU or leave. Over 33 million votes were cast, and of those, nearly 52% voted to leave.

The coin is symbolic of an effort to reiterate that the United Kingdom is leaving the European Union, but not Europe, and emphasises that the government is, for all intents and purposes, open for business with its message of openness and friendship as part of the reverse design. As with all British circulating and commemorative coins, the obverse will bear the current effigy of HM Queen Elizabeth II along with the year of issue. At this time, there is no word or further description of the design, nor is there any confirmation as to who it would be that would be commissioned to submit proposed designs. HM Treasury, however, posted a proposed model of what a future Brexit coin might look like on their Twitter feed shortly after the budget speech.