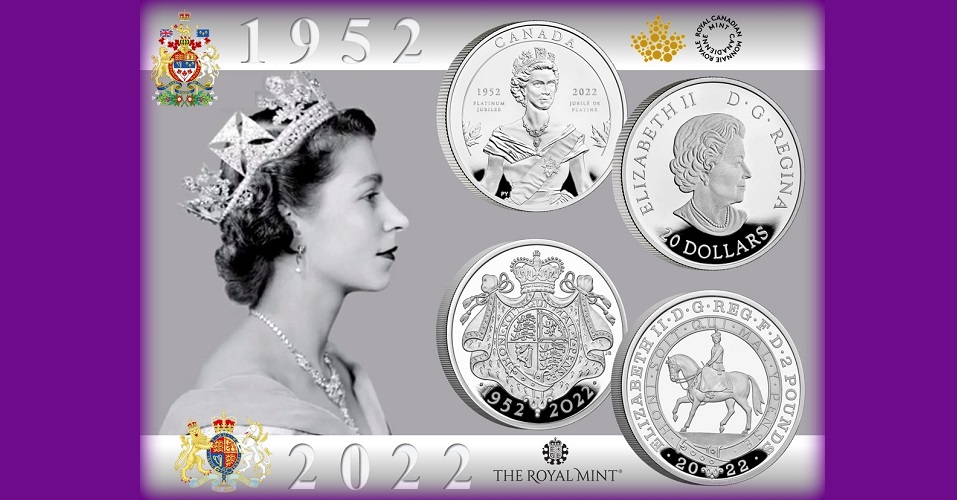 The Royal Mint, along with the Royal Canadian Mint, have released a commemorative two-coin silver Proof set in celebration of Her Majesty the Queen’s Platinum Jubilee, in recognition of the 70th anniversary of the Queen’s accession to both thrones in 1952. The release is the second collaboration between the two mints, following a similar set to mark the Queen’s 95th birthday celebrations in 2021.

Since her accession in February 1952, the Queen has been served by more than 170 individuals in her realms in the capacity of prime minister. In the United Kingdom, she has welcomed 14 in all and in Canada, that number is 12, with 13 governors-general representing her personally. Queen Elizabeth II is Canada’s sixth sovereign since Confederation in 1867 and the first to be separately proclaimed as sovereign of Canada. So extraordinary is this milestone 70th anniversary that it is estimated four out of five people in the United Kingdom and across the Commonwealth have been born since 1952, and, as such, only know Queen Elizabeth II as their sovereign. In terms of longevity, Queen Elizabeth II became the longest-reigning monarch of the United Kingdom and Commonwealth in September 2015 when she overtook that distinction from her great-great-grandmother Queen Victoria, who had reigned for 63 years, 216 days. She is the first-ever English or British monarch to reach a Platinum Jubilee, and is also Britain’s oldest sovereign and the longest-married before the death of her beloved consort Prince Philip, Duke of Edinburgh, in 2021.

United Kingdom — £2 crown: The coin from the Royal Mint features a commemorative obverse design of the Queen created by John Bergdahl, who took inspiration from previous equestrian portraits of Her Majesty, adding the royal garter to create a truly unique portrait. The reverse side is also created by Mr. Bergdahl and features an elaborate royal mantle design inspired by the coinage of King William IV, who reigned from 1830 to 1837. 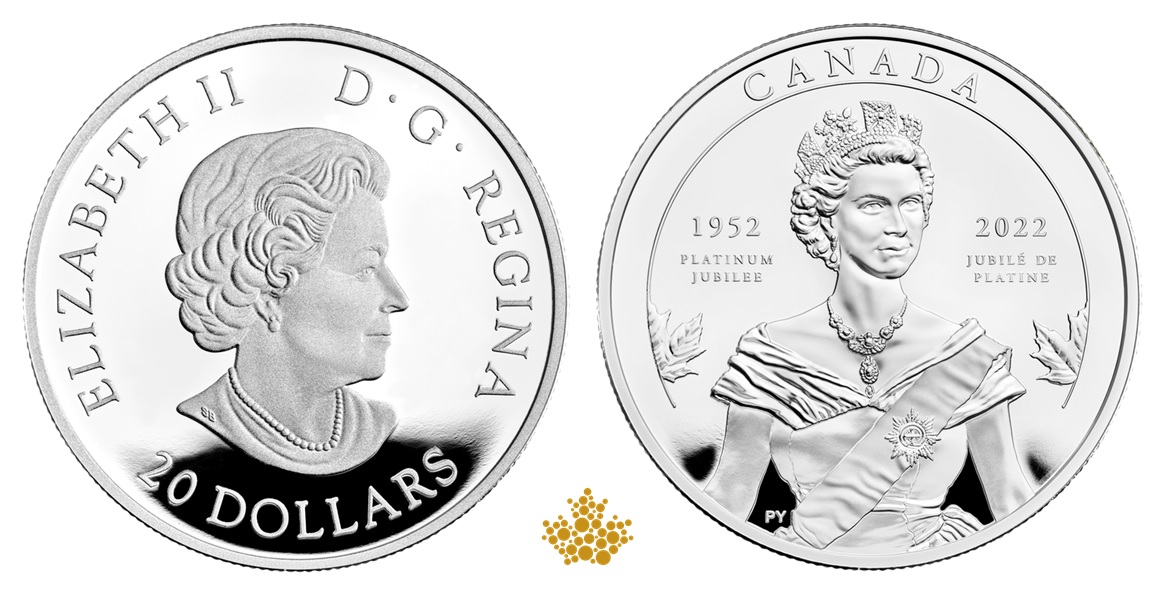 Canada — $20: The coin from the Royal Canadian Mint features a reverse design by Canadian artist Pandora Young, who has captured a standing, front-facing portrait of Her Majesty as she looked in 1952, the year she became Queen of both the United Kingdom and Canada. The coin’s obverse features the effigy of the Queen by Susanna Blunt, seen on Canadian coins since 2003, which depicts the experienced and much-loved monarch of both countries. 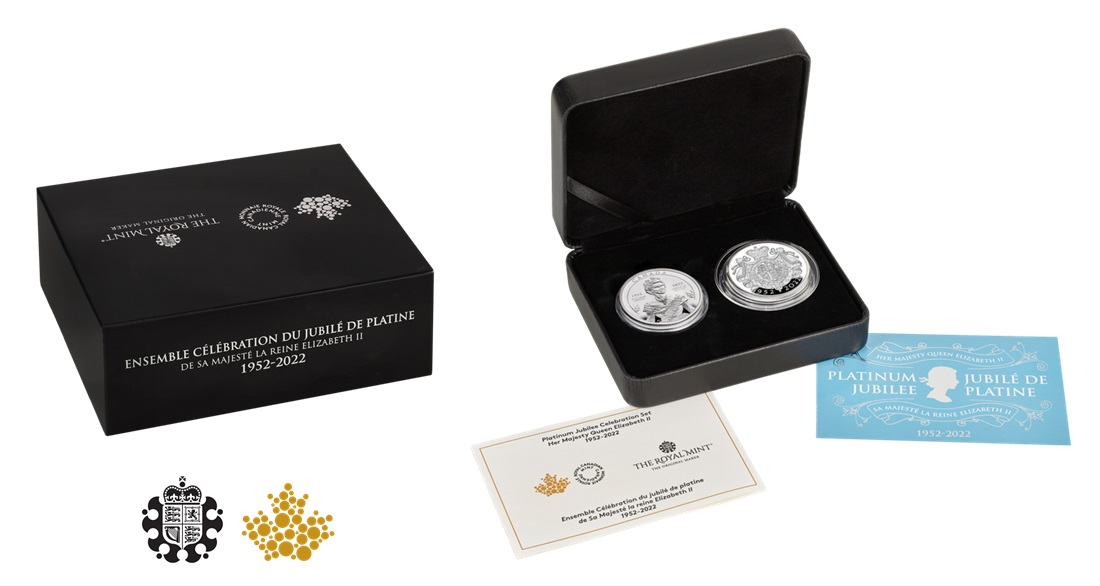 Marking an extraordinary and historic 70-year reign over the two nations, the set includes two one-ounce fine silver coins, each bearing a unique commemorative design and struck to Proof standard. The unique Royal Mint / Royal Canadian Mint collector’s two-coin set, with a limited mintage of 5,500, is presented in packaging featuring English and French to reflect the linguistic heritage of the two nations. For additional information, please visit the website of the Royal Mint.

For collectors in Canada and the U.S., please visit the website of the Royal Canadian Mint.