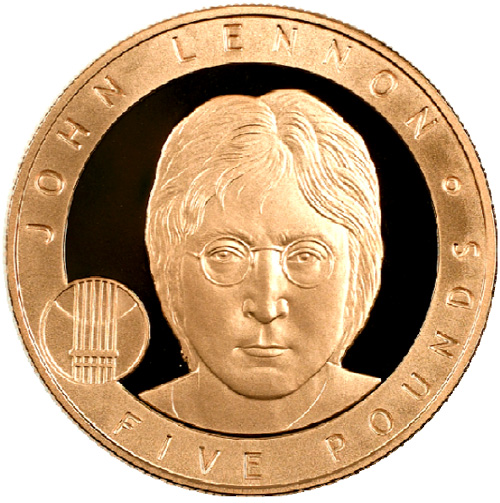 An opportunity to own a one-off item in numismatic history, unique coin to be auctioned on 29th June 2011

Numismatic history was made last year when the production of a new Alderney £5 coin featuring the portrait of music legend John Lennon was issued for sale. Released on what would have been Lennon’s seventieth birthday in 2010, the coin is part of the ‘Great Britons’ series of silver £5 coins depicting famous Britons from history. John Lennon was selected from six great Britons by a public online poll, which saw over 30,000 members of the public vote and the former Beatle receiving 92% of the votes!

To complement the unique aspect of this numismatic first, the Royal Mint struck a one‐off, 22 carat gold version of the £5 silver coin. This is now being auctioned by the Alder Hey “IMAGINE” Appeal of which Yoko Ono is a Patron, to benefit the work of Alder Hey Children’s Hospital in Liverpool. Funds raised through the appeal will help the renowned children’s hospital to continue its pioneering work, to develop facilities, and to offer the very highest standards of care to its young patients. 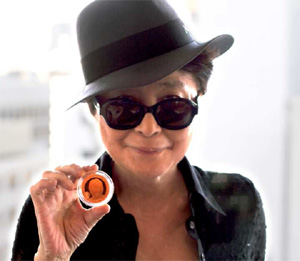 The coin, a unique specimen minted in pure gold, will go under the hammer on the 29th June at an auction conducted by Bonham’s in London. Look for lot number 337. It is expected that there will be a tremendous amount of interest generated in both the numismatic industry and from those who are avid collectors of Beatles memorabilia.

Lennon’s iconic sixties image was designed by sculptor Danuta Solowiej‐Wedderburn with the now familiar Ian Rank‐Broadley profile of Queen Elizabeth II on the obverse. The coin is dated “2010” and weighs 38 grams of .999 fine gold with a diameter of 38.6 mm. Struck as a proof piece, this coin is truly worthy of being described as a museum quality acquisition.