The Mint of Finland’s latest contribution to the EUROPA Star numismatic program will feature Alvar Aalto (1898 – 1976), the famed Finnish architect, designer, sculptor, and painter. This year’s theme of the EUROPA series focuses on modern 20th century design and how those who have contributed in this arena have impacted our lives and mode of living.

Aalto gained an international reputation for architecture after his work on three important buildings established him as the most advanced architect in Finland. These were the Turun Sanomat Building, a newspaper office in the city of Turku, the tuberculosis sanatorium at Paimio, and the Municipal Library at Vyborg, a former Finnish city now situated in Russia. Aalto’s designs were chosen for two Finnish pavilions at the 1937 and 1939-40 World’s Fairs held Paris and New York City, respectively. As with his previous work, these designs featured the use of wood for structure and for surface effects, and further enhanced Aalto’s reputation as an inventive designer who excelled in free architectural forms.

Alvar Aalto died on May 11, 1976 and is buried in Helsinki. Several tributes to him were established after his death. One of these was the Alvar Aalto Medal, now considered one of world architecture’s most prestigious awards. In 1986, the Bank of Finland issued a 50 markka bank note featuring Aalto, though this note was replaced by the euro currency in 2002. A 100 markka silver coin was struck by the Mint of Finland in 1998 on the centennial anniversary of Aalto’s birth.

The coin is created by Aimo Katajamäki, a designer himself who has approached his subject in an unconventional manner. The obverse of the coin includes a stylized front-facing portrait of Alvar Aalto, superimposed by a pattern evoking the shape of the Savoy Vase. This style of vase is named after a Helsinki luxury restaurant called Savoy, which opened in 1937 and for which Alvar Aalto and his wife, Aino, designed this custom furnishing. 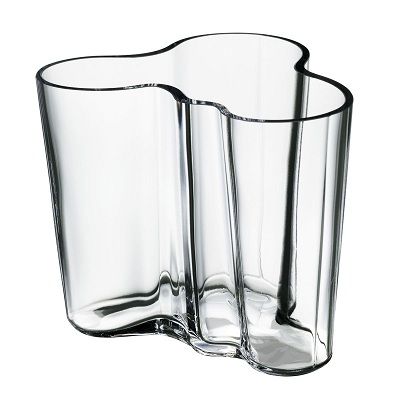 The reverse includes the shared design for all EUROPA coins issued in 2016, which includes a super-sized star background motif at the center of the coin. The Finnish crest is positioned in the center foreground; the EUROPA star logo is placed just below the crest.

The coin is scheduled for release on May 16, with advance orders being accepted from May 2 on the Mint of Finland’s Web site. The maximum mintage for the collector coins is 10,000, out of which 100 coins will be numbered. The numbered collector coins will be packaged in custom Iittala glass cases and sold separately. For more information on this and other coins on offer from the Mint of Finland, please visit their Web site. International sales will be dispatched where applicable.